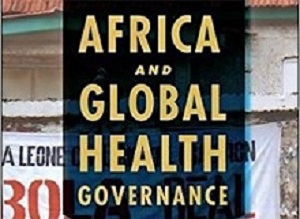 Amy Patterson's Africa and Global Health Governance: Domestic Politics and International Structures is important because it is one of few books to show that African governments are 'far from powerless' in designing and implementing global health campaigns, writes a reviewer in The Washington Post.

Dionne writes: “More than three decades since the first International AIDS Conference was held, Aids continues to affect millions of people worldwide. In 2017, UNAIDS estimated that 36.9m people were living with HIV, the virus that causes Aids. In the same year, 940,000 people died of Aids.

“Aids is the leading cause of death in Africa. The Global Burden of Disease study estimated that HIV/Aids accounted for 8.8% of deaths in Africa in 2016.

“So much of the work being done to stem the tide of Aids is being done in Africa. In my book Doomed Interventions, I characterise the response to Aids as a global supply chain through which resources flow from international organisations like the Global Fund through government ministries or national Aids commissions in African capitals to community-based organisations or district hospitals. I find a disconnect between how Aids interventions are imagined in international corridors of power and how they are actually implemented in the countries hardest hit by Aids.

“While my book focuses mostly on citizens’ opinions and priorities in the time of Aids a new book examines how African governments have engaged with international interventions against Aids – and against other diseases, including Ebola and non-communicable diseases (NCD).”

Dionne writes that Africa and Global Health Governance: Domestic Politics and International Structures by Amy Patterson, a political scientist and global health scholar at the University of the South “is an important contribution to our understanding of global health interventions because it is one of only a few that shows that African governments are far from powerless in designing and implementing global health campaigns.

“While most scholarly work – including my own – has emphasised the power of international funders in global health initiatives, Patterson’s research explores how African governments can challenge such powerful actors.

“Patterson draws on more than a decade of research, during which she conducted 200 interviews with government officials, representatives of non-governmental organisations (NGOs), activists, and people living with (or surviving from) the diseases she studied. In addition to interviews in the US, Patterson also conducted interviews in Ghana, Uganda, Tanzania, Liberia and Zambia.

“She complements these elite interviews with focus group discussions with people living with HIV; content analysis of African leaders’ statements on health issues in the media and international forums; and quantitative analysis of data from international reports on African states’ acceptance of global health policies."

Dionne writes: “Hands down, Patterson’s interviews with government officials are the most compelling of her data in making her argument about African governments’ capacity to challenge powerful international funders. Take, for example, a quote from one of her Tanzanian interviewees, who remarked on how donors prioritized Aids: ‘We cannot complain about the donors’ priorities on Aids. … Their priorities then free us to do other things, to redirect our work to other topics or concerns. So we will take their money for the issues they are concerned with and then use our resources for our concerns.” (Emphasis added.)

“Through this quote (and others), Patterson demonstrates the agency of even African countries that are dependent on international funding.

“Likewise, the book’s chapter devoted to studying the Ebola outbreak in West Africa between 2014 and 2016 shows how the Liberian government challenged the international community in implementing a response to Ebola. Even if Liberian officials were often excluded from meetings where Ebola response plans were designed, the Liberian government nevertheless played an out-sized role in how the Ebola response was implemented, often challenging the plans developed by the donor community."

Dionne writes that this book builds on Patterson’s earlier books, The Politics of AIDS in Africa, The Church and AIDS in Africa and her co-authored book (with Emma-Louise Anderson), Dependent Agency in the Global Health Regime. She says in the report that it should not be surprising, then, that her chapter on Aids is the most detailed and data-rich.

“While important for understanding government responses to Aids, Ebola and NCDs, Patterson’s book also is relevant to understanding global health governance more broadly, especially in low- and middle-income countries that often depend on resources from the international community.”