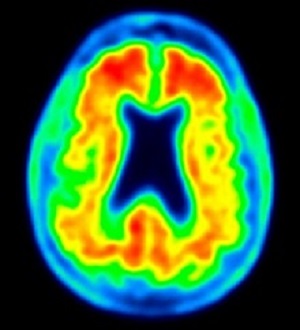 A simple new charting tool that tracks cognitive performance in adults aims to help physicians identify people who may be on the path to Alzheimer disease or another form of dementia. The tool is called the QuoCo (cognitive quotient).

"Similar to 'growth charts' used in paediatrics, the QuoCo cognitive charts allow physicians to plot cognitive performance of any patient based on age, education and score on the Mini-Mental State Examination, and track cognitive change over time," says

Dr Robert Laforce Jr, Université Laval and CHU de Québec-Université Laval said: "This would allow physicians to intervene and potentially treat an older adult who 'fell off' the curve."

Dementia is a growing problem world-wide with many undiagnosed cases. Although there are no cures, potential treatments are being tested and some risk factors, such as diet and exercise, can be addressed to delay onset.

The authors hope that the QuoCo tool will be used by health care professionals, especially family physicians, to monitor cognitive decline in patients before irreversible damage occurs.

"Dementing illnesses have reached pandemic levels," write the authors. "Early detection of cognitive impairment remains our best approach to disease management before irreversible brain damage occurs. Family physicians are in a key position to contribute to this approach; however, they are ill-equipped."

The authors note that the Mini-Mental State Examination is an imperfect screening measure and has its own limitations, although it is used internationally clinically and in research on dementia and cognitive decline.

In a related commentary, Dr Andrew Costa, department of health research methods, evidence and impact, McMaster University, Hamilton, Ontario, writes "the widespread benefits derived from cognitive charts for any screening examination rests on the assumption that at-risk patients are being screened systematically over time and that cognitive test results are communicated, or can be readily referenced by, physicians. We seem to be some distance away from that reality."

He notes that the success of any innovation rests upon training health care professionals to use these tools in clinical practice properly.

Abstract
Background: The Mini-Mental State Examination continues to be used frequently to screen for cognitive impairment in older adults, but it remains unclear how to interpret changes in its score over time to distinguish age-associated cognitive decline from an early degenerative process. We aimed to generate cognitive charts for use in clinical practice for longitudinal evaluation of age-associated cognitive decline.
Methods: We used data from the Canadian Study of Health and Aging from 7569 participants aged 65 years or older who completed a Mini-Mental State Examination at baseline, and at 5 and 10 years later to develop a linear regression model for the Mini-Mental State Examination score as a function of age and education. Based on this model, we generated cognitive charts designed to optimize accuracy for distinguishing participants with dementia from healthy controls. We validated our model using a separate data set of 6501 participants from the National Alzheimer’s Coordinating Center’s Uniform Data Set.
Results: For baseline measurement, the cognitive charts had a sensitivity of 80% (95% confidence interval [CI] 75% to 84%) and a specificity of 89% (95% CI 88% to 90%) for distinguishing healthy controls from participants with dementia. Similar sensitivities and specificities were observed for a decline over time greater than 1 percentile zone from the first measurement. Results in the validation sample were comparable, albeit with lower sensitivities. Negative predictive value was 99%.
Interpretation: Our innovative model, which factors in age and education, showed validity and diagnostic accuracy for determining whether older patients show abnormal performance on serial Mini-Mental State Examination measurements. Similar to growth curves used in pediatrics, cognitive charts allow longitudinal cognitive evaluation and enable prompt initiation of investigation and treatment when appropriate.