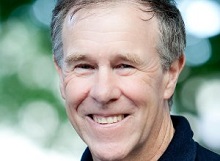 Banting advocate Professor Tim Noakes has won his case at the Health Profession’s Council of SA‚ four years after he tweeted that a mother should wean her baby on to a low-carb-high-fat diet.

The panel found that the first panel was correct to agree with Noakes’s argument that: “Neither she (Strydom) nor I can be certain of what is the best diet on to which to wean a child. As a result, we are allowed to our own conclusions based on professional experience and training.”

He is quoted in The Times as saying: “The predominant feeling at the moment is one of intense relief. Relief that it is finally over and that the appeal judgment was again 100% in our favour as was the original judgment. This chapter is finally closed. I just hope that all the effort put in by myself and my team will help move the dietary guidelines forward to the benefit of the health of all South Africans.”

In February 2014‚ the mother‚ Pippa Leenstra‚ tweeted: “@ProfTimNoakes @SalCreed is LCHF eating ok for breastfeeding mums? Worried about all the dairy + cauliflower = wind for babies??”

The report says the complaint against Noakes was laid with HPCSA by dietician Claire Strydom‚ who was then chair of the Association of Dieticians of SA. Noakes won his case in April last year but the HPCSA appealed the ruling and a new appeal committee‚ including a doctor and a lawyer‚ was established.

The report says the issues at both hearings examined whether Noakes was giving “unconventional advice” over social media and whether he was treating Leenstra’s baby as a patient without conducting an examination. Doctors cannot treat patients over social media. The appeal found there was no doctor-patient relationship between Noakes and Leenstra‚ who had used Twitter to ask for general advice.

In its appeal the HPCSA argued that the protection of public from tweets was paramount. The panel found the matter of protecting the public was not argued in the first hearing or in the heads of arguments and said that for the HPCSA to bring it up later was a “fishing expedition”.

The panel found that the first panel was correct to agree with Noakes’s argument that: “Neither she (Strydom) nor I can be certain of what is the best diet on to which to wean a child. As a result, we are allowed to our own conclusions based on professional experience and training.”

What Noakes frequently said during the trial was that if he was banned for tweeting‚ it would affect all health professionals giving general medical advice on social media‚ or discussing controversial medical issues.

The report says during the appeal hearing Noakes’s lawyers mentioned emails they had accessed through the Promotion of Access to Information request. The emails were between Strydom and a professor of dietetics at North-West University and discussed a plan to complain about Noakes before the tweet in question was posted. Noakes’s legal team argued that the two had planned to take him down and found a tweet to do so.

Noakes has said his legal costs would have run into millions had his two advocates‚ Mike van der Nest and Rocky Ramdass‚ not acted for free.

The report says there was no order about costs‚ so the HPCSA did not need not pay any of his legal fees.

In the matter between:

1.1 The respondent was arraigned before the Professional Conduct Committee, (the Committee) on a charge of misconduct. The charge sheet reads as follows: “professional conduct or conduct which when regard is had to your profession is unprofessional, in that during February 2014, you acted in a manner that is not in accordance with the norms and standards of your profession in that you provided unconventional advice on breast feeding babies on social networks (t weets)” .
1.2 On the 21st April 2017, the majority of committee acquitted the respondent of the charge.
1.3 The Health Professions Council of South Africa now appeals against that decision .

2. BACKGROUND
2.1 The facts of this matter emanate from social media interaction. The whole issue began on the 3rd February 2014 when @Pippaleenstra tweeted to the respondent, @ProfTimNoakes and Sally-Ann Creed @SalCreed as follows: “is LCHF eating ok for breastfeeding mum? Worried about all the diary+ cauliflower =wind for the babies.”
2.2 On the 5th February 2014, the respondent replied as follows: “Baby doesn’t eat dairy and cauliflower. Just very high fat breast milk. Key is to wean baby onto LCHF” .
2.3 After this reply, a number of tweets were exchanged as a number of other people joined the conversation with differing views on the subject.
2.4 Mrs. Strydom, a registered dietician and chairperson of Association of Dieticians of South Africa (ADASA) lodged a complaint with the Appellant.

May 12th, 2021
A doctor guilty of failing to take a patient's pre-operative history, as well as neglecting to monitor blood...
Medico-Legal

May 12th, 2021
At request of her family an Illinois judge has ordered that a comatose woman suffering from COVID-19 to be...