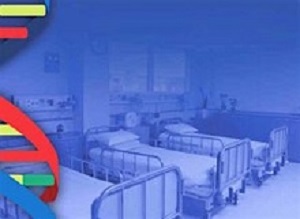 A study has determined the official death toll of the Life Esidimeni scandal is 131. The mortality rate among 1,442 mentally ill patients transferred out of hospitals in Gauteng in a cost-saving move was eight times the national average in 2016.

The Times reports that the figures appear in research by Lesley Robertson, from the psychiatry department at Wits University Medical School, and Health Ombudsman Malegapuru Makgoba.

The report says their study forms part of Makgoba’s investigation into the tragedy. He put the death toll at 91 when he submitted his report in February 2017. The detail now available still contains gaps – the ages of 10 patients remain unknown, for example – but sheds further light on “the greatest cause of human rights violation since the dawn of our democracy”, as it was described at former deputy chief justice Dikgang Moseneke’s arbitration hearings.

Robertson and Makgoba said a “lack of data integrity” while patients were being transferred to at least 30 different facilities “was both an important finding and a limitation” of the ombudsman’s report.

A data verification team was set up to track down the patients transferred out of Life Esidimeni hospitals between October 2015 and June 2016. Four of those with “severe mental illness” were aged between 15 and 19, and seven were 85 or over. The vast majority were between 30 and 65, and three-quarters were men.

“By the end of August 2017, 9% (131)… had died,” said Robertson and Makgoba, pointing out that the deaths peaked in July and August of 2016. By this point – before news of the unfolding tragedy first emerged – 68 patients were dead.

“Another 40 deaths occurred from September 2016 to the end of January 2017. This period may be denoted the ‘first rescue intervention’, as urgent measures were instigated by the minister of health and the ombud to prevent further unnecessary deaths.

“The third period, after the release of the Ombud’s report, was the ‘second rescue intervention’, whereby (patients) were identified and moved under close supervision to safe accommodation.

“This process was completed by the end of May (2017), after which seven deaths occurred and 58 (patients) remained unlocated.”
Almost three-quarters of deaths happened within six months of patients being moved. “Of the 131 deaths, 119 occurred within a year of the patient’s transfer date,” said Robertson and Makgoba.

According to the report, media reports have put the Life Esidimeni death toll at 143 or 144, and the researchers said the discrepancy was due to different cut-off dates and their exclusion of deaths among patients who were moved out to make space for those arriving from Life Esidimeni hospitals.

The Gauteng Health Department announced the termination of its 40-year contract with Life Esidimeni in October 2015, saying the decision had been taken in the interests of affordability.But Robertson and Makgoba said “any planned cost savings did not materialise”. This was because the costs of caring for just 211 patients transferred to two specialised psychiatric hospitals were 80% of what Life Esidimeni was being paid for all 1,442.

“In addition, the inability of the Cullinan Care and Rehabilitation Centre and NGOs (where patients were moved) to provide adequate care resulted in the rehospitalisation of (patients) who experienced a relapse of illness, and eventual transfer of almost all the initial cohort back into long-stay hospital care.”

Abstract
A mortality analysis of the Life Esidimeni tragedy was precluded during the investigation by the Health Ombud by the lack of data integrity. Information on the mental healthcare users (MHCUs) transferred out of Life Esidimeni hospitals between October 2015 and June 2016 was subsequently collected by the Gauteng Department of Health, permitting statistical analysis. Survival rates were calculated according to gender and transfer destination and adjusted for patient age. Mortality was compared with that of the general population for the calendar year of 2016. Of the 1 442 MHCUs, 15% were transferred to specialised psychiatric hospitals and 85% to a rehabilitation centre or non-governmental residential facility. By the end of August 2017, 9% (n=131) of the cohort had died. Significant predictors of survival were younger age (p<0.0001) and transfer to a psychiatric institution (p=0.004). The age-adjusted death rate was 63/1 000 and the overall standardised mortality ratio (SMR) was 4.9 (95% confidence interval (CI) 3.92 – 5.80), with an SMR of 3.9 (95% CI 2.95 – 4.86) for men and 6.3 (95% CI 4.22 – 8.38) for women. The excess deaths are therefore quantified, and the high-risk environment of the rehabilitation centre and residential facilities confirmed. High mortality among MHCUs is unlikely to be confined to the Life Esidimeni tragedy; monitoring of preventable deaths in this vulnerable population is recommended.