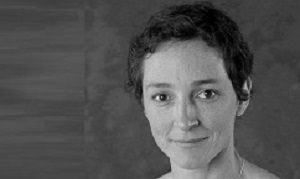 An Australia team has restored arm function in 13 completely paralysed patients, allowing them to feed themselves, use tools and handle electronic devices, in a ground-breaking procedure led by a SA-trained surgeon, Dr Natasha van Zyl. Individual nerves from above the zone of the spinal injury were attached to nerves below the trauma site in a painstaking reconstruction taking two hours for each nerve.

Medical Xpress reports that 13 young adults who had suffered spinal injuries rendering them tetraplegic underwent several operations and intense physiotherapy in the largest ever application of a technique known as nerve transfer surgery.

Each nerve transfer took around two hours of painstaking reconstruction, and the team conducted 59 overall.

Two years after the procedure most participants in the trial were able to reach out their arms, open and close their palms and manipulate objects.

The report says while the nerve transfer technique is sporadically practised, most operations aimed at restoring upper limb function have traditionally involved tendon reconstruction. This involves re-routing muscles that still work but are designed for another function to another site to do the work of paralysed muscles. "Nerve transfers have been around for a long time but they weren't really being used for spinal chord injury before," Natasha van Zyl, a graduate of the University of Cape Town Medical School and plastic and reconstructive surgeon at Austin Health in Melbourne, is quoted in the report as saying.

Prior to surgery none of the patients were able to score on grasp or pinch strength tests. Two years after the surgery they scored high enough to perform most daily activities, including brushing their teeth and writing. "The number one priority of spinal chord injury patients, above walking, above sexual function, is hand function," said van Zyl, lead author of the study. "You give them hand function, they can start to work more effectively, look after themselves independently, drive, live alone."

The report says the team stressed that theirs was a small sample size and four nerve transfers procedures failed to improve hand or arm function. Nor did the surgery have any effect on the patients' trunk control and they remained wheelchair-bound.

But the surgeons said the technique was a "major advance" in efforts to give people some measure of independence and control back after suffering life-changing injury.

"To all the people in the world who have spinal chord injury and to all the people who treat them, the message is 'it is possible to restore hand function and elbow function'," van Zyl said.

Abstract
Background: Loss of upper extremity function after cervical spinal cord injury greatly affects independence, including social, vocational, and community engagement. Nerve transfer surgery offers an exciting new option for the reanimation of upper limb function in tetraplegia. The aim of this study was to evaluate the outcomes of nerve transfer surgery used for the reanimation of upper limb function in tetraplegia.
Methods: In this prospective case series, we consecutively recruited people of any age with early (<18 months post-injury) cervical spinal cord injury of motor level C5 and below, who had been referred to a single centre for upper extremity reanimation and were deemed suitable for nerve transfer. All participants underwent single or multiple nerve transfers in one or both upper limbs, sometimes combined with tendon transfers, for restoration of elbow extension, grasp, pinch, and hand opening. Participants were assessed at 12 months and 24 months post-surgery. Primary outcome measures were the action research arm test (ARAT), grasp release test (GRT), and spinal cord independence measure (SCIM).
Findings: Between April 14, 2014, and Nov 22, 2018, we recruited 16 participants (27 limbs) with traumatic spinal cord injury, among whom 59 nerve transfers were done. In ten participants (12 limbs), nerve transfers were combined with tendon transfers. 24-month follow-up data were unavailable for three patients (five limbs). At 24 months, significant improvements from baseline in median ARAT total score (34·0 [IQR 24·0–38·3] at 24 months vs 16·5 [12·0–22·0] at baseline, p<0·0001) and GRT total score (125·2 [65·1–154·4] vs 35·0 [21·0–52·3], p<0·0001) were observed. Mean total SCIM score and mobility in the room and toilet SCIM score improved by more than the minimal detectable change and the minimal clinically important difference, and the mean self-care SCIM score improved by more than the minimal detectable change between baseline and 24 months. Median Medical Research Council strength grades were 3 (IQR 2–3) for triceps and 4 (IQR 4–4) for digital extensor muscles after 24 months. Mean grasp strength at 24 months was 3·2 kg (SD 1·5) in participants who underwent distal nerve transfers (n=5), 2·8 kg (3·2) in those who had proximal nerve transfers (n=9), and 3·9 kg (2·4) in those who had tendon transfers (n=8). There were six adverse events related to the surgery, none of which had any ongoing functional consequences.
Interpretation: Early nerve transfer surgery is a safe and effective addition to surgical techniques for upper limb reanimation in tetraplegia. Nerve transfers can lead to significant functional improvement and can be successfully combined with tendon transfers to maximise functional benefits.