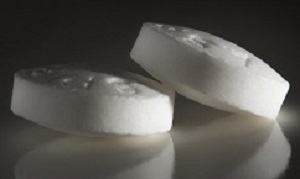 A meta-analysis from 11 trials found that aspirin reduced the risk of non-fatal myocardial infarction by 22% and death by 6%, at the cost of a 59% increase in gastrointestinal bleeding and a 33% increase in haemorrhagic stroke.  The authors conclude that in patients at low cardiovascular disease risk, the relative benefit of aspirin translates into marginal absolute benefit, making its use largely unjustifiable.

In a meta-analysis of 118,445 individuals from 11 trials of aspirin for primary cardiovascular disease prevention, aspirin reduced the relative risk of non-fatal myocardial infarction by 22% and death by 6%, at the cost of a 59% increase in gastrointestinal bleeding and a 33% increase in haemorrhagic stroke.

Davide Capadanno at the division of cardiology, AOU “Policlinico Vittorio Emanuele”, PO Rodolico, writes in The Lancet that J Michael Gaziano and colleagues now report the results of of the trials.

In the study in The Lancet, researchers led by Professor J Michael Gaziano, at the Brigham and Women’s Hospital, say that the use of aspirin in the primary prevention of cardiovascular events remains controversial. They aim to assess the efficacy and safety of aspirin versus placebo in patients with a moderate estimated risk of a first cardiovascular event.

Deepak L Bhatt at the Brigham and Women’s Hospital and Harvard Medical School writes in a commentary in The Lancet that dual antiplatelet therapy for at least a year is the standard of care after an acute coronary syndrome. Attempts to shorten the duration of therapy have resulted in an increase in myocardial infarction. Therefore, strategies to de-escalate the duration or intensity of dual antiplatelet therapy are of interest.