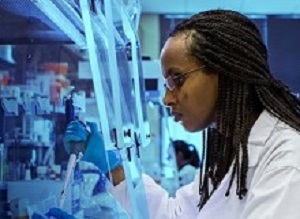 Clusters of new cases of tuberculosis (TB) provide strong evidence of areas that need to be prioritised for improved antiretroviral therapy (ART) coverage, and improved ART coverage is associated with a reduction in new TB cases, according to research carried out in KwaZulu-Natal province, South Africa.

The HIV epidemic in southern Africa has greatly increased the burden of TB in the region since the early 1990s, and although antiretroviral treatment availability is correlated with a reduction in TB cases, information is still lacking on how best to target TB control efforts.

Researchers at the Africa Health Research Institute in KwaZulu-Natal and the KwaZulu-Natal Research Innovation and Sequencing (KRISP), College of Health Sciences, University of KwaZulu-Natal, investigated the relationship between the geographical distribution of TB and antiretroviral coverage in a northern rural district of the province. Using data on the health of the population gathered systematically since 2000, they mapped the distribution of self-reported cases of TB over time to identify clustering of cases in time and space.

The study population comprised all adults aged 15 and over who answered at least one individual health questionnaire between 2009 and 2015 (41,812 persons, approximately 60% women). TB incidence was assessed by self-report and the location of the respondent was tagged by geolocation.

The researchers found that an average of 3.2% of respondents per year had recently diagnosed TB, although TB prevalence began to decline after 2011. In comparison, South African national research found a self-reported TB rate for the entire country of 0.6% in 2012.

Cases were clustered in time and space into nine clusters, and the four largest clusters were grouped in a peri-urban area adjacent to a major highway in the south-east of the district. Three clusters persisted throughout the study period, indicating that a high number of active cases were present in this area.

Multivariate modelling that controlled for household income, age and other demographic factors, and antiretroviral treatment showed that for every 1% increase in ART coverage in communities within the district, the odds of being recently diagnosed with TB fell by 2% (adjusted odds ratio 0.98, 95% CI 0.97-0.99).

Although the study relied on self-report of TB diagnosis, the researchers say that the clustering of TB cases is consistent with the pattern of drug-resistant TB cases in the district, which are reliant on laboratory confirmation.

The researchers conclude that their findings support the development of “precision public health strategies” which use localised data to identify communities that may benefit from intensified efforts to diagnose HIV and TB, initiate people on treatment and increase the proportion of people with HIV who have fully suppressed viral load.