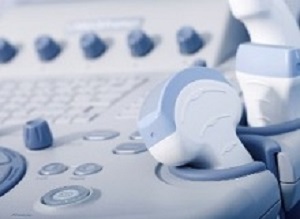 Using high energy ultrasound beams to destroy prostate cancer tumours may be as effective as surgery or radiotherapy, but with fewer side effects, a study co-led by University College London (UCL) has found.

The research, carried out across six UK hospitals, tracked the registration data of 625 men with prostate cancer who received a type of treatment called high-intensity focused ultrasound (HIFU). The research is the largest ever of HIFU treatment used to target prostate tumours. The treatment is similar to a ‘lumpectomy’ for other cancers – where doctors remove only tumour cells, leaving as much healthy tissue as possible.

The research also showed the risk of side effects such as urinary incontinence and erectile dysfunction were lower than other treatment options, at 2% and 15% respectively.

The study was funded by the Medical Research Council and Sonacare Inc, who manufacture the ultrasound equipment used in the procedure.

Caroline Moore (UCL surgery & interventional sciences), said: “The registry based data from over 600 men is very encouraging. We started the HIFU programme at UCLH in 2003, and now principally use it as a focal treatment, where we treat the cancer but not the entire prostate. This means that men are much more likely to preserve urinary and sexual function, compared to traditional surgery or radiotherapy. Focal treatment is particularly suitable for men who have prostate cancer visible on MRI, which is contained to one area of the prostate.”

Prostate cancer is the most common cancer in men in the UK, with around 47,000 cases every year. Treatments include surgery to remove the gland, or radiotherapy, which uses radiation to the entire prostate. However, these treatments can cause collateral damage to surrounding sensitive tissues like nerves, muscles, urine passage, bladder and rectum. The prostate is roughly the size of a walnut and sits between the bladder and the penis.

Surgery and radiotherapy to the entire prostate are effective treatments but can lead to long term risk of urinary problems, like incontinence, of between 5-30%. They also carry a risk of erectile dysfunction of between 30-60%. Radiotherapy can also cause rectal problems like bleeding, diarrhoea and discomfort in five per cent of patients.

HIFU is a newer treatment, performed under general anaesthetic, which delivers beams of high energy ultrasound directly into the prostate gland, via a probe inserted up the back passage. There are no needles or cuts to skin. This allows a surgeon to precisely target tumour cells within the gland to millimetre accuracy, with less risk of damage to surrounding tissues.

Professor Hashim Ahmed, lead author from Imperial College London, said: “Although prostate cancer survival rates are now very good, the side effects of surgery or radiotherapy can be life-changing. Some patients are left requiring multiple incontinence pads every day, or with severe erectile dysfunction.”

He added: “We need to now focus on improving the quality of life for these men following treatment. This latest trial of focal HIFU – which is the largest and longest study of the treatment to date – suggests we may be able to tackle the cancer with fewer side effects.”

In the new HIFU study, conducted on men with an average age of 65 and whose cancer hadn’t spread, the risk of urine incontinence (defined as requiring pad use) at five years after the treatment was 2%, and the risk of erectile dysfunction 15%. The team say the results include patients with medium to high risk cancer.

The team add that prostate cancer patients should talk through all possible treatments with their healthcare team, so they can consider their options fully.

Further follow-up trials are needed to track progress of the patients after ten years, as well as trials that directly compare HIFU with surgery and radiotherapy.

Abstract
Background: Clinically significant nonmetastatic prostate cancer (PCa) is currently treated using whole-gland therapy. This approach is effective but can have urinary, sexual, and rectal side effects.
Objective: To report on 5-yr PCa control following focal high-intensity focused ultrasound (HIFU) therapy to treat individual areas of cancer within the prostate.
Design, setting, and participants: This was a prospective study of 625 consecutive patients with nonmetastatic clinically significant PCa undergoing focal HIFU therapy (Sonablate) in secondary care centres between January 1, 2006 and December 31, 2015. A minimum of 6-mo follow-up was available for599 patients. Intermediate- or high-risk PCa was found in 505 patients (84%).
Intervention: Disease was localised using multiparametric magnetic resonance imaging (mpMRI) combined with targeted and systematic biopsies, or transperineal mapping biopsies. Areas of significant disease were treated. Follow-up included prostate-specific antigen (PSA) measurement, mpMRI, and biopsies.
Outcome measurements and statistical analysis: The primary endpoint, failure-free survival (FFS), was defined as freedom from radical or systemic therapy, metastases, and cancer-specific mortality.
Results and limitations: The median follow-up was 56 mo (interquartile range [IQR] 35–70). The median age was 65 yr (IQR 61–71) and median preoperative PSA was 7.2 ng/ml (IQR 5.2–10.0). FFS was 99% (95% confidence interval [CI] 98–100%) at 1 yr, 92% (95% CI 90–95%) at 3 yr, and 88% (95% 85–91%) at 5 yr. For the whole patient cohort, metastasis-free, cancer-specific, and overall survival at 5 yr was 98% (95% CI 97–99%), 100%, and 99% (95% CI 97–100%), respectively. Among patients who returned validated questionnaires, 241/247 (98%) achieved complete pad-free urinary continence and none required more than 1 pad/d. Limitations include the lack of long-term follow-up.
Conclusions: Focal therapy for select patients with clinically significant nonmetastatic prostate cancer is effective in the medium term and has a low probability of side effects.
Patient summary: In this multicentre study of 625 patients undergoing focal therapy using high-intensity focused ultrasound (HIFU), failure-free survival, metastasis-free survival, cancer-specific survival, and overall survival were 88%, 98%, 100%, and 99%, respectively. Urinary incontinence (any pad use) was 2%. Focal HIFU therapy for patients with clinically significant prostate cancer that has not spread has a low probability of side effects and is effective at 5 yr.