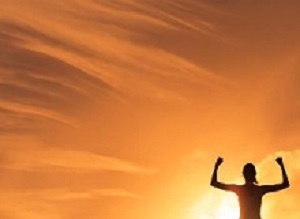 A Canadian study shows that arm exercises may improve walking ability months and even years after having a stroke. The study is the first to test the influence of arm training on post-stroke leg function.

Researchers from the University of Victoria in British Columbia, Canada, worked with a group of older adults who had had a stroke between 7 months and 17 years prior to the study. The volunteers participated in three 30-minute, moderate-intensity arm cycling training sessions each week for five weeks.

The researchers also tested electrical activity in the muscles and stretch reflexes in the lower legs and wrists during both arm cycling and walking tests.

The participants improved their performance significantly on all of the walking tests – as much as 28% in the Timed Up and Go test. Several volunteers had less tightness in their muscles after completing the arm cycling trial, but there was no significant change in grip strength. Nerve activity increased during arm cycling as well.

"Arm cycling training activated interlimb networks that contribute to the coordination of rhythmic walking," the researchers wrote. In other words, nerves in the arms activated and adapted to improve function of the spinal cord in other areas of the body, such as the legs, affected by stroke.

These results could have a large impact on stroke rehabilitation, even years after injury. "Although improvements in walking may not be as robust as those from other training modalities, they do highlight the integral role that training the arms can have on rehabilitation of human locomotion," the research team wrote.

Abstract
Training locomotor pattern generating networks (CPGs) through arm and leg cycling improves walking in chronic stroke. These outcomes are presumed to result from enhanced interlimb connectivity and CPG function. The extent to which rhythmic arm training activates interlimb CPG networks for locomotion remains unclear and was assessed by studying chronic stroke participants before and after 5-weeks of arm cycling training. Strength was assessed bilaterally via maximal voluntary isometric contractions in the legs and hands. Muscle activation during arm cycling and transfer to treadmill walking were assessed in the more affected (MA) and less affected (LA) sides via surface electromyography. Changes to interlimb coupling during rhythmic movement were evaluated using modulation of cutaneous reflexes elicited by electrical stimulation of the superficial radial nerve at the wrist. Bilateral soleus stretch reflexes were elicited at rest and during 1Hz arm cycling. Clinical function tests assessed walking, balance and motor function. Results show significant changes in function and neurophysiological integrity. Training increased bilateral grip strength, force during MA plantarflexion and muscle activation. 'Normalization' of cutaneous reflex modulation was found during arm cycling. There was enhanced activity in the dorsiflexor muscles on the MA side during swing phase of walking. Enhanced interlimb coupling was shown by increased modulation of MA soleus stretch reflexes amplitudes during arm cycling after training. Clinical evaluations showed enhanced walking ability and balance. These results are consistent with training-induced changes in CPG function and interlimb connectivity and underscore the need for arm training in the functional rehabilitation of walking after neurotrauma.

World first as GSK’s malaria vaccine is endorsed by WHO