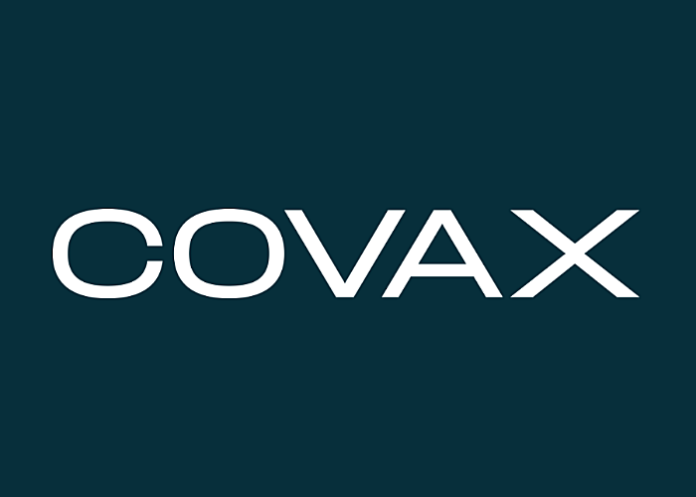 Low- and middle-income countries are turning to home-grown vaccinations against COVID-19 as the UN-backed COVAX facility fails to deliver, reports SciDev.Net.

COVAX, the facility set up by governments and donors to ensure fair and equitable access to vaccines, says it will miss its target to distribute 2bn doses by the end of 2021, reports SciDev.Net.

According to the latest supply forecast issued on 8 September, the facility is now expecting 1.4bn doses of the vaccine in 2021 – a shortfall of nearly a third. The shortage is largely due to export and manufacturing constraints and increasing demand from vaccine-producing countries. For example, India, a key producer, only delivered 28m of a promised 40m doses in March as infections spiked from the Delta variant.

In response, developing countries have taken steps for the manufacture of COVID-19 vaccines through two tracks, one of which is the manufacture of vaccines currently circulating through partnerships with international companies, and the other is through the development of new local vaccines.

“The Egyptian Medicines Authority gave its approval to manufacture the first batch of vaccine doses under the name ‘Covi-Vax’ for use in clinical trials,” Mohamed Ahmed Ali, professor of virology at the National Research Centre and head of the research team for the production of the vaccine, told SciDev.Net. He explained that the Egyptian vaccine, which generated a good antibody response during lab trials, contains four proteins taken from the virus.

Several Brazilian research institutes are also betting on the development of home-grown vaccines against COVID-19. One of them is the Butantan Institute, a public research centre in Sao Paulo, which is carrying out early stage human trials on Butanvac, a viral vector vaccine developed by the Icahn School of Medicine at Mount Sinai, USA, and an international consortium, and which can in the future be entirely produced in Brazil.

If Butanvac is successful, the idea is to start exporting it to other countries.

“The consortium and supporters behind Butanvac are concerned about low- and middle-income countries that are being underserved right now,” says Cristiano Gonçalves, innovation manager at Butantan. “The idea is for Butanvac to serve the domestic market, and for Butantan to reserve part of its production for export.”

The Indian government also plans to launch ZycoV-D, the world’s first DNA vaccine, that is being produced by Zydus Cadila, a private company, in partnership with India’s Department of Biotechnology. This will allow expansion of the existing vaccination programme to include children and adolescents.

In Singapore, three mRNA vaccines developed by the US company Arcturus Therapeutics are undergoing mid-stage human trials to check their efficacy. MRNA vaccines effectively teach cells how to make a protein, or part of a protein, that triggers an immune response inside the body. One jab targets the original Sars-CoV-2 virus and was developed with the Duke-NUS Medical School in Singapore. Two other jabs have been designed to target the four variants of concern, Alpha, Beta, Gamma and Delta.

The development of these home-grown vaccines follows a number of agreements where developing countries have begun to take on manufacturing of vaccines developed in Europe, the US or China.

In Brazil, which has one of the largest vaccination rates in Latin America, around two thirds of the population has received at least one dose, many of which were thanks to technology transfer agreements between Brazilian laboratories and international pharmaceutical companies.

When the first cases of COVID-19 emerged, Sao Paulo’s Butantan Institute contacted a number of Chinese companies, seeking to bring a vaccine to Brazil.

“We started talking to Sinovac, which we had visited in 2019, with the idea of bringing a vaccine here,” innovation manager Gonçalves told SciDev.Net.

Currently, Butantan imports raw material from China and packages the vaccine in Brazil. For the next phase of the technology transfer agreement, a factory is being prepared to start producing doses.

The Oswaldo Cruz Foundation, a federal research centre linked to the Ministry of Health, which includes a unit that produces vaccines, began negotiations with the vaccine-maker AstraZeneca in the first half of 2020.

As a result, the Anglo-Swedish drugmaker’s Covishield viral vector vaccine also underwent large-scale human trials in Brazil, and today it is being produced in the country with raw materials imported from abroad.

The technology transfer contract between the Oswaldo Cruz Foundation and AstraZeneca also provides for the fully Brazilian production of the vaccine in the future.

Over the past decade, such technology transfer agreements have become increasingly common in Brazil, during which time rotavirus, HPV, hepatitis, MMR vaccines, amongst others, have been incorporated into its national immunisation programme.

“This model is completely successful because it guarantees that Brazil has the sustainability of supplying vaccines to a continental country,” epidemiologist Carla Domingues, who coordinated the National Immunization Program of the Brazilian Ministry of Health between 2011 and 2019, tells SciDev.Net.

Similar agreements have helped to plug the vaccination gap in many other low- and middle-income countries, such as Egypt which has already started local production of Sinovac’s vaccine.

In September this year, the Egyptian Minister of Health, Hala Zayed, announced an ambitious plan to produce more than 1bn doses of the jab annually, thereby becoming “the largest producer of vaccines in Africa and the Middle East”, she said. Morocco has also launched a project to produce China’s Sinopharm jab locally. The state-owned Moroccan Press Agency announced on 5 July that Rabat plans to produce 5m doses per month.

Indonesia is also in talks with the WHO as well as six drug companies to become a global hub for manufacturing vaccines, according to health minister Budi Gunadi Sadikin.

However, Amjad Al-Khouli, an epidemiology consultant at the WHO’s Regional Office for the Eastern Mediterranean, said the technology transfer deals are dependent on existing capacity and can be overshadowed by intellectual property concerns.

“This still requires agreements to transfer vaccine manufacturing technology, solve the issue of intellectual property, and a strong drug manufacturing structure, which is not available in most developing countries,” Al-Khouli told SciDev.Net.

Yet richer countries are stepping in to help build up critical vaccine manufacturing infrastructure.

For example, Senegal is awaiting its first doses of a locally manufactured COVID-19 vaccine in the first quarter of 2022, after President Macky Sall inked a deal to create a large-scale vaccine manufacturing facility with the European Commission, the European Investment Bank, and the United States in July.

European Commission President Ursula von der Leyen said the agreement was part of a “much broader Team Europe initiative to support the production of medicines and vaccines across Africa”.

South African youngsters get their first jabs in Sinovac trials

Almost $360m of IMF Covid funding to DRC is missing

Facebook
Twitter
WhatsApp
Linkedin
Email
Previous articleJ&J vaccine: Booster jabs from Moderna or Pfizer might be better – NIH trial
Next articleAlternative tobacco products ‘should be for smokers only’