Tanzania discards prayer and herbal concoctions in favour of vaccines 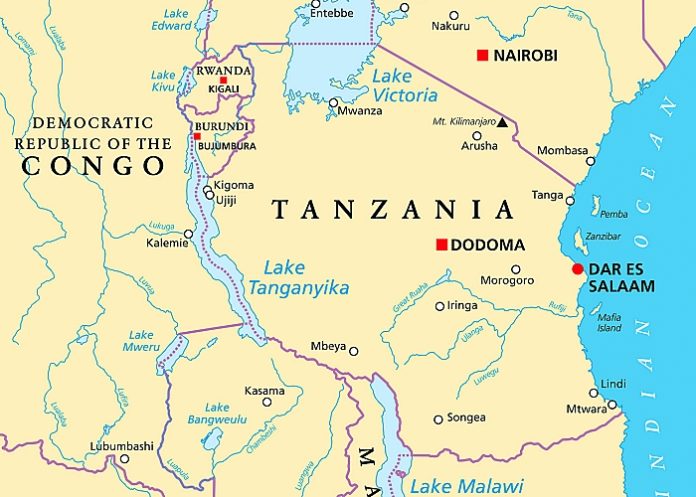 In February 2021, top Tanzanian health officials appeared on national TV to promote “natural alternatives” to preventing and treating COVID-19 and other respiratory illnesses. The officials were led by health minister Dr Dorothy Gwajima.

The medical journal Lancet reported: “In the glare of cameras, Gwajima and the health officials drank a herbal concoction including ginger, garlic, and lemons, and inhaled steam from herbs, promoting them as a natural means of killing the virus.”

According to Africa Check, Tanzania had no plans to administer COVID vaccines, Gwajima said at the press conference, echoing then President John Magufuliʼs sceptical approach to COVID-19. Gwajima also warned journalists against reporting unofficial information on COVID-19 or any other disease.

Magufuli died in March. His successor, Samia Suluhu Hassan, has since overseen a slew of changes as the government changed tack in its pandemic response. Hassan has signed up Tanzania to the World Health Organization-led Covax vaccine programme, been vaccinated in public, and commissioned a report where health experts advised an overhaul of the country's approach to the pandemic.

Mass vaccination campaigns are under way, aiming to inoculate 60% of Tanzanians, and in June the country started publishing COVID-19 data after a gap of more than a year, though this is still inconsistent. In September 2021 the International Monetary Fund approved nearly US$600 million to help the countryʼs virus response.

As policy shifts, the role of leaders in public health messaging is coming into focus.
Outspoken ruling-party member of parliament Josephat Gwajima, who is the health ministerʼs brother-in-law, has dominated headlines. He opposes the COVID vaccine, a stance that saw him recently locked out of parliament.

The health minister, who was kept on by Hassan, has recalibrated her earlier stance. She now supports vaccination. In August she tried to explain her U-turn. Tanzanians had few options when the first case of COVID-19 was reported in the country, she said, which was why she supported traditional remedies at the time.

Magufuli had also not opposed vaccinations, Gwajima said, but had wanted the countryʼs health experts to verify them first. Only 0.5% of the nearly 60 million Tanzanians are vaccinated against COVID-19. Some fear the changes in messaging have fuelled vaccine hesitancy and that vaccine scepticism is already too deeply entrenched in the country.

“Many politicians denied the virus was there. They promoted local herbs and [told us] to pray the virus away,” Dr Deus Kitapondya, a medical specialist based in Dar es Salaam, told Quartz, an international business-focused publication.

“These are now the exact same politicians saying coronavirus is here and that people must vaccinate. The messaging has been confusing.”

Traditional remedies should also be backed up by evidence

As many people may not have enough resources and are consequently more likely to take leadersʼ words at face value, leaders had a responsibility to use their authority and influence responsibly, he said.

“There are people who will do the same thing leaders say or do. And, unfortunately, if it's wrong guidance then people's lives will be at stake,” said Oyaro. He also highlighted the role of professionals in public positions, saying they should base their comments on evidence and an established knowledge base. Health experts should be at the forefront of educating those with less access to information, while journalists could also help share accurate information. Even traditional remedies should be backed by sufficient evidence, Oyaro said.

Defer to ‘authority, knowledge and expertiseʼ of scientists

Dr Githinji Gitahi is the chief executive of Amref Health Africa, a non- governmental organisation that works in health development in several countries. Sharing health information could be the responsibility of anyone from community health workers and religious leaders to government administrators, Gitahi told Africa Check.

But it was important that the information was referenced or attributed to a credible source, such as scientists, to avoid misinformation being shared. “There has been a problem because government officials tend to share information without referencing and therefore sometimes they share their own opinions and not facts,” he said.

With COVID-19, where new information keeps emerging, Gitahi said, it is prudent to defer to the authority, knowledge and expertise of “scientists working either in the government, in the frontline health sector or in regulatory organisations like the World Health Organization”.

This article was written by Africa Check, a non-partisan fact-checking organisation. View the original piece on their website: ANALYSIS: As Tanzania changes tack on Covid-19, leaders have role to play in pushing accurate information