Big strides made in push for affordable, effective anti-venom 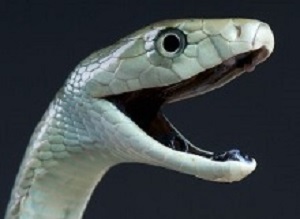 News that Fav-Afrique – one of sub-Saharan Africa’s most effective snakebite antivenoms – was set to expire in 2016 caused dismay among public health experts and advocates, reports The Conversation. The World Health Organisation is now spearheading a global effort to get effective and affordable antivenoms.

For city dwellers, especially those in the developed world, the idea of being bitten by a venomous snake seems outlandish. But, write Andreas Hougaard Laustsen, associate professor at the department of biotechnology and biomedicine, Technical University of Denmark and Timothy Patrick Jenkins, doctoral student at the department of veterinary medicine, University of Cambridge in The Conversation, it is a daily and very real risk for millions around the world – and that includes many people living in African countries.

They write: “Over 1m snakebites occur annually in sub-Saharan Africa alone. These cause over 20,000 deaths and leave 60,000 people permanently disabled or disfigured. So approximately every hour in the region 115 people are bitten, seven suffer permanent damage, and three die.

“Snakebite can cause a variety of clinical symptoms. These include paralysis, necrosis and bleeding, among others. Snake venoms contain a myriad of highly diverse toxins that manifest in very different ways clinically. This means there’s no single “magic bullet” treatment. Even so, there’s no doubt that antivenoms are crucial in the fight against snakebites.

“The World Health Organisation (WHO) is spearheading a global effort to get effective and affordable antivenoms to parts of the world that really need them. It is doing this in several ways, including thorough strict pre-testing for antivenoms whose manufacturers want to release them commercially. Such coordinated international efforts may be key to improving the life expectancy and health of many snakebite victims.

“The only specific treatment for snakebite envenoming (the injection of venom by a snake) is to intravenously administer antivenom to a victim. Antivenoms are made by immunising a larger animal, like a horse, with increasing doses of snake venom. This triggers a reaction in the animal’s immune system, increasing the production of specific antibodies against the venom toxins. The antibodies are then extracted from the horse’s plasma and formulated into the final antivenom product.

“Because snake venom differs from snake to snake, even within the same species, the neutralising ability of an antivenom must be carefully assessed before a fresh batch can be released and used on patients.

“Until recently there was no external process or committee established to assess antivenom manufacturers’ preclinical testing. This was because these processes required a major investment of time and money. The result has been that not all antivenom products have lived up to expectations while in some cases they haven’t met some regions’ actual therapeutic needs. In sub-Saharan Africa, for instance, low quality antivenoms have been on sale.

“This has been a major problem because certain antivenoms had little or no therapeutic value and can even cause harm, such as triggering allergic reactions and serum sickness. A case in point was the decision taken by Ghana’s health ministry to switch from using Fav-Afrique – one of sub-Saharan Africa’s most effective snakebite antivenoms – to the cheaper antivenom AsnaAntivenomC in 2004. This led to a significant increase in mortality from 2% to 12% because the new antivenom was inefficient.

“In Chad, the use of inefficient antivenom drove the snakebite death rate up to 15%.

“News that Fav-Afrique was set to expire in 2016 caused dismay among public health experts and advocates, and received a great deal of media coverage. The WHO decided to step in.

“Recently, the WHO has implemented a risk-benefit assessment scheme to evaluate the antivenoms for sub-Saharan Africa. This scheme involves the submission of a product dossier and antivenom samples to the WHO. Here an expert committee evaluates the information and the samples are independently blind tested. Thereafter, the WHO will carry out comprehensive site inspections of the manufacturer’s premises. Following assessment, the WHO will then determine which antivenoms can be recommended to procurement agencies.

“The WHO will also use the assessments to plan activities that may support improved manufacturing processes, regulatory agency capacities, and future assessment processes in other regions. Taken together, these activities may help guide organisations such as Doctors Without Borders and national health ministries make educated choices about which antivenom would be the most relevant, safest and most economical.

“In 2017, the WHO took its attention to snakebite a step further: it re-added snakebite envenoming to its list of neglected tropical diseases. It is expected that this will add impetus to antivenom development and boost the likelihood of investor funding for snakebite prevention and treatment access initiatives.

“For example the Ministry of Health in Kenya is developing local guidelines on snakebite management and plans to engage local and international donor health agencies. The WHO has recently established a working group on snakebite envenoming that aims to develop a strategy for prevention and treatment of snakebite. Finally, snakebite is on the World Health Assembly’s agenda for the first time this year, receiving support from the Kofi Annan Foundation.

“These are all developments worth celebrating. But it is important to continue pushing so that more can be achieved and snakebite deaths can, ultimately, become a thing of the past.”