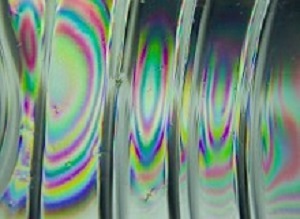 Researchers have developed a more accurate method of measuring bisphenol A (BPA) levels in humans and found that exposure to the endocrine-disrupting chemical is far higher than previously assumed. The study provides the first evidence that the measurements relied upon by regulatory agencies, including the US Food and Drug Administration, are flawed, underestimating exposure levels by as much as 44 times.

“This study raises serious concerns about whether we’ve been careful enough about the safety of this chemical,” said Patricia Hunt, Washington State University professor and corresponding author on the paper. “What it comes down to is that the conclusions federal agencies have come to about how to regulate BPA may have been based on inaccurate measurements.”

BPA can be found in a wide range of plastics, including food and drink containers, and animal studies have shown that it can interfere with the body’s hormones. In particular, foetal exposure to BPA has been linked to problems with growth, metabolism, behaviour, fertility and even greater cancer risk.

Despite this experimental evidence, the FDA has evaluated data from studies measuring BPA in human urine and determined that human exposure to the chemical is at very low, and therefore, safe levels. This paper challenges that assumption and raises questions about other chemicals, including BPA replacements, that are also assessed using indirect methods.

Hunt’s colleague, Roy Gerona, assistant professor at University of California-San Francisco, developed a direct way of measuring BPA that more accurately accounts for BPA metabolites, the compounds that are created as the chemical passes through the human body.

In this study, a research team comprised of Gerona, Hunt and Fredrick vom Saal of University of Missouri compared the two methods, first with synthetic urine spiked with BPA and then with 39 human samples. They found much higher levels of BPA using the direct method, as much as 44 times the mean reported by the National Health and Nutrition Examination Survey (NHANES). The disparity between the two methods increased with more BPA exposure: the greater the exposure the more the previous method missed.

Gerona, the first author on the paper, said more replication is needed.“I hope this study will bring attention to the methodology used to measure BPA, and that other experts and labs will take a closer look and assess independently what is happening,” he said.

The research team is conducting further experiments into BPA measurement as well as other chemicals that may also have been measured in this manner, a category that includes environmental phenols such as parabens, benzophenone, triclosan found in some cosmetics and soaps, and phthalates found in many consumer products including toys, food packaging and personal care products.

This study was supported by grants from the National Institutes of Health.