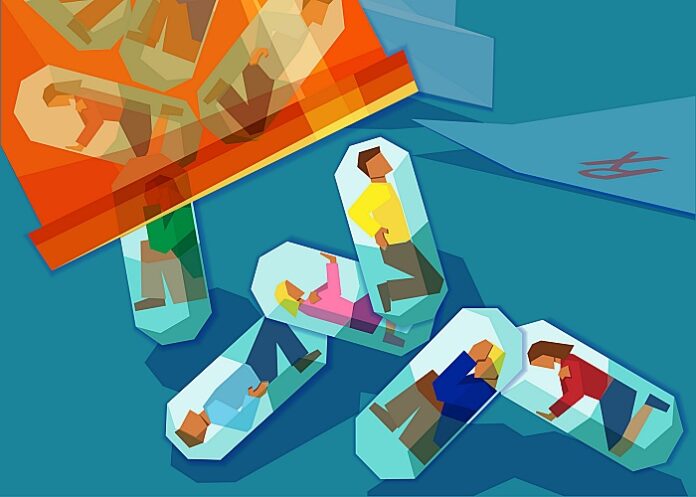 A proposed update to the US Centers for Disease Control and Prevention’s (CDC) controversial 2016 guidelines on opioid prescribing has abandoned its influential recommendations to aim for certain dose thresholds in treating chronic pain. The changes now attempt to strike a balance between long-term opioid use harm reduction and allowing doctors to exercise their clinical judgment.

The CDC is accepting comments on the draft until 11 April and a finalised update is expected this year.

STAT reports that doctors are no longer advised to “avoid increasing dosage” to 90 morphine milligram equivalents or more daily or to “carefully justify” such a decision. The CDC guidelines were always meant to be voluntary, but policymakers sometimes interpreted the 90 MME figure as a hard ceiling for what doctors could prescribe — even though many chronic pain patients were already on higher dosages.

Instead, reports STAT, the newer recommendations say that “clinicians should prescribe the lowest dosage to achieve expected effects”.

They also still say that “opioids should not be considered first-line or routine therapy for sub-acute or chronic pain” and note that other treatments are often better for acute pain as well. Doctors should prioritise non-opioid medications and interventions like exercise and physical therapy, according to the recommendations.

The changes are an attempt from health officials to strike a balance between limiting the harm from long-term opioid use; allowing for physicians to devise individualised plans for their patients; and encouraging reductions in dosages when it can be done safely and with patient buy-in.

The updated guidelines no longer indicate time limits for prescriptions for acute pain, in comparison with the 2016 version that suggested “three days or less will often be sufficient; more than seven days will rarely be needed”.

The proposed guideline changes are a victory for experts and patient advocates who have argued for years that despite the CDCʼs intentions, the guidelines resulted in physicians unsafely tapering patients or cutting patients off entirely — in part because of the specific dosage benchmarks included in the guidelines.

The 2016 guidelines became a major flashpoint in the ongoing — and often contentious — debate over how tightly to limit the opioid prescribing patterns that helped ignite the US’s overdose crisis, and the unintended harms from those efforts.

Experts disagree over whether opioids should be used as a chronic pain treatment broadly at all, according to STAT. Doctors who encourage patients to try to lower their doses point to various harms from long-term, high-dose opioids — not just the risk of addiction and overdose, but possible mental health consequences and perhaps even worse pain sensitivity.

Opioid prescriptions have been falling since 2012, as the medical community realised it needed to reassert control over how laxly the medications had been prescribed. The declines accelerated after the publication of the 2016 guidelines.

The authors of the original guidelines said they were just recommendations for certain patients in certain settings, but they were sometimes cited by states and insurers to impose hard caps on the duration and dosages of opioid prescriptions.

More broadly, the fear of attracting scrutiny from authorities for prescribing high-dose or long-term opioids led many doctors to stop treating these patients or to rapidly reduce their dosages.

As a result, patients could no longer get necessary treatment for their chronic pain. Moreover, some patients who had been on the pills for years and whose dosages were unsafely slashed, sought out illicit supplies of opioids; some even took their own lives.

The authors of the original guidelines wrote in the New England Journal of Medicine in 2019 that their recommendations had been misapplied and were wrongly being used to cut off patients or to justify unsafe tapers.

Itʼs a message they reiterated throughout the updated proposal, saying, for example, that while tapering or discontinuing opioids could be a goal for some patients when the risks of continuing use outweighed the benefits, “clinicians should not abruptly or rapidly reduce opioid dosages from higher dosages” except in emergencies.

Like the 2016 version, the new guidelines are not meant to apply to patients with cancer or sickle cell disease, nor do they apply to end-of-life pain care.

US opioid crisis: Doctor faces life in prison for over-prescribing

US trial of opioid drug makers' starts over 500,000 overdose deaths

US pharmaceutical company to pay $65m in opioid settlement

Shorter, simpler DR-TB regimen in the pipeline for South Africa

Co-sleeping with your infant unsafe – American Academy of Paediatrics

AHA guideline on elevated BP and cholesterol: 10 jumping jacks and call me in the morning