HomeResearchChinese organ donation statistics may have been falsified
ResearchTransplant Medicine

Chinese organ donation statistics may have been falsified 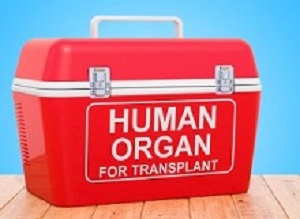 The Chinese government may have been systematically falsifying its organ donation numbers, raising renewed concerns over the use of executed prisoners and other forced donors for transplants, an Australian study found.

The Guardian reports that in 2015, China publicly promised it would no longer source organs from executed prisoners, previously almost its sole source. But a study led by Australian National University PhD student Matthew Robertson, says Chinese-government supplied datasets on organ donations show “highly compelling evidence they are being falsified”.

“When you take a close look at the numbers of organs apparently collected they almost match this artificial equation point for point, year in, year out. They’re too neat to be true,” Robertson said.

“These figures don’t appear to be real data from real donations. They’re numbers generated using an equation. It is difficult to imagine how this model could have been arrived at by mere chance, raising the distinct possibility that it was intended to deceive.”

The report says the BMC Medical Ethics paper argued China’s organ transplant industry was opaque and the sources of organs difficult to trace. It found that while China had reformed its organ transplantation system to an extent, this was used to mask the continued use of non-voluntary donors or donors who are coerced into giving organs.

“Rather than the solely prisoner-based organ transplant system of years past, or the untarnished voluntary system promised by officials, the available evidence indicates in our view that China has a complex hybrid transplant program: voluntary donations, incentivised by large cash payments, are apparently used alongside non-voluntary donors who are marked down as citizen donors.”

The study examined voluntary hospital-based donated organs between 2010 and 2018 using data provided by two Chinese sources. The China Organ Transplant Response System (COTRS) forms the basis of China’s current voluntary organ donation system: every organ transplant is supposed to be allocated solely through it. The Red Cross Society of China is mandated to verify every such organ donation.

China has consistently insisted it adheres to international medical standards requiring organ donations be made by consent and without any financial incentive. It has said international allegations of impropriety are politically motivated and untrue.

The report says the study was reviewed by Sir David Spiegelhalter, a former president of the Royal Statistical Society in the UK. “The anomalies in the data examined … follow a systematic and surprising pattern,” Spiegelhalter wrote. “The close agreement of the numbers of donors and transplants with a quadratic function is remarkable and is in sharp contrast to other countries who have increased their activity over this period … I cannot think of any good reason for such a quadratic trend arising naturally.”

The report says Chinese state officials, on the back of the promised reforms, have been admitted onto the World Health Organisation’s transplantation task force, and Chinese surgeons now regularly present at medical conferences and publish in international journals.

“China’s return to the fold was predicated on a revolution in organ sourcing practice, supported by the data we have forensically analysed. Given that this data appears to have been falsified, international medical organisations may wish to reassess their stance,” the paper argues.

“The welcoming of China’s organ transplantation system into the international medical community has been based on trust: in light of our findings, we believe this trust has been violated.”

Abstract
Background: Since 2010 the People’s Republic of China has been engaged in an effort to reform its system of organ transplantation by developing a voluntary organ donation and allocation infrastructure. This has required a shift in the procurement of organs sourced from China’s prison and security apparatus to hospital-based voluntary donors declared dead by neurological and/or circulatory criteria. Chinese officials announced that from January 1, 2015, hospital-based donors would be the sole source of organs. This paper examines the availability, transparency, integrity, and consistency of China’s official transplant data.
Methods: Forensic statistical methods were used to examine key deceased organ donation datasets from 2010 to 2018. Two central-level datasets — published by the China Organ Transplant Response System (COTRS) and the Red Cross Society of China — are tested for evidence of manipulation, including conformance to simple mathematical formulae, arbitrary internal ratios, the presence of anomalous data artefacts, and cross-consistency. Provincial-level data in five regions are tested for coherence, consistency, and plausibility, and individual hospital data in those provinces are examined for consistency with provincial-level data.
Results: COTRS data conforms almost precisely to a mathematical formula (which first appeared to be a general quadratic, but with further confirmatory data was discovered to be a simpler one-parameter quadratic) while Central Red Cross data mirrors it, albeit imperfectly. The analysis of both datasets suggests human-directed data manufacture and manipulation. Contradictory, implausible, or anomalous data artefacts were found in five provincial datasets, suggesting that these data may have been manipulated to enforce conformity with central quotas. A number of the distinctive features of China’s current organ procurement and allocation system are discussed, including apparent misclassification of nonvoluntary donors as voluntary.
Conclusion: A variety of evidence points to what the authors believe can only be plausibly explained by systematic falsification and manipulation of official organ transplant datasets in China. Some apparently nonvoluntary donors also appear to be misclassified as voluntary. This takes place alongside genuine voluntary organ transplant activity, which is often incentivized by large cash payments. These findings are relevant for international interactions with China’s organ transplantation system.