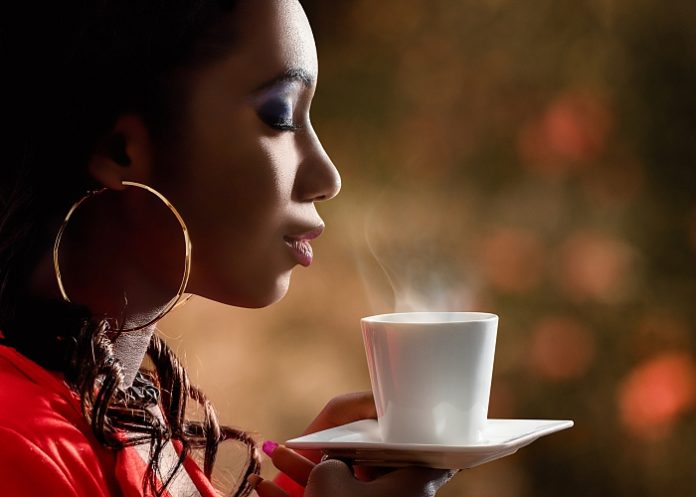 Drinking more than three cups of caffeinated coffee a day is associated with lower liver stiffness — but not fatty liver — according to the “most rigorous yet” analysis of a nationally representative US survey, in Clinical Gastroenterology and Hepatology.

The study is possibly the most rigorous look yet on the benefits of coffee on liver health in the US, reports Medscape It was based on data from the National Health and Nutrition Examination Survey (NHANES), in which participants were asked about what they eat and drink. Crucially, in 2017, NHANES began to include elastography (FibroScan), of participants’ liver stiffness, not because of suspected problems with the liver but as across-the-board evaluations of all participants.

“Because it’s an unselected population for FibroScan and because of the detail, the granularity, the richness of the information from the nutritional surveys that they do, this is the closest we’re ever going to get to a linkage between what people are eating or drinking and the health of their liver, absent a longitudinal study where we set out to follow people for many, many years,"” said Dr Elliot Tapper, assistant professor of gastroenterology at the University of Michigan, Ann Arbor, and the study’s senior author.

Researchers examined data from about 4,500 patients who had participated in the NHANES study in 2017-2018, aged 20 or older, with an average age of 48; 73% were overweight, about the national average. The researchers found no association between coffee consumption and controlled attenuation parameter (CAP), a measure of fatty liver. But they found a link between coffee and liver stiffness.

Caffeine is an antagonist to adenosine receptors in the liver cell that, if blocked, stops the production of scar tissue, according to the researchers. But when they looked at estimated caffeine consumption, calculated through the detailed, trained interviews performed by nutritionists, there was no association with liver stiffness. That said, Tapper noted that this could be due to the imperfection of making those estimations.

“If we had to hypothesise about a mechanism, it would most likely be caffeine, and the reason we couldn’t see that here is because these are estimated milligrams of caffeine per coffee – but the way that we brew coffee, and the beans that we’re using, are so highly variable it just can’t be captured in this kind of database," he said.

He told Medscape the data would be reassuring to clinicians who suggest coffee-drinking to patients. “There are hepatologists worldwide who actively recommend coffee – they’ll feel empowered by these data,” he said. “I would still like to see more robust longitudinal data before I start spending our precious time counseling patients about coffee. There are many other data-driven interventions for the management of liver disease that we should be focusing our time on.”

Published in Clinical Gastroenterology and Hepatology on 5 October 2021

Background & Aims
Coffee is associated with a reduced risk of liver disease. This association is limited by important sources of confounding such as recall bias, healthy user bias, and indirect measures of liver outcomes or health. We aimed to examine the impact of coffee consumption with liver fibrosis and steatosis in a nationally representative sample.

Methods
We evaluated 4510 subjects 20 years and older from the 2017 to 2018 National Health and Nutrition Examination Survey study who underwent both transient elastography and two 24-hour dietary recall examinations. We tested the associations between liver stiffness measurements (LSM) of 9.5 kpa or greater or controlled attenuation parameter (CAP) and coffee consumption. We used decaffeinated coffee and tea consumption as controls. As a sensitivity analysis, we included all drinks in 1 model, examined the impact of caffeine consumption, and adjusted for the Healthy Eating Index-2015 and sugar-sweetened beverage consumption as separate models.

Results
The study sample described was aged 48 ± 0.6 years, 73% were overweight or obese, 10.6% had diabetes, 47.5% reported participation in vigorous physical activity, and 23% drank 2 or more alcoholic drinks per day. After multivariate adjustment, there was no association between coffee and controls with CAP. Subjects who drank more than 3 cups of coffee, but not other drinks, had a 0.9 lower kPa (95% CI, -1.6 to -0.1; P = .03). More than 3 cups of coffee were protective for LSM of 9.5 kpa or higher (odds ratio, 0.4; 95% CI, 0.2–1.0; P = .05). Accounting for all beverages in the same model, only consuming more than 3 cups of coffee remained independently associated with LSM (odds ratio, 0.5; 95% CI, 0.2–0.9; P = .03). Caffeine was not associated significantly with LSM at any dose. Finally, adjusting for sugar-sweetened beverage consumption and Healthy Eating Index-2015, coffee consumption remained associated with a lower LSM. The protective nature of coffee consumption therefore is not attributable to caffeine and persists in participants regardless of their diet quality.

Conclusions
Coffee is associated with lower liver stiffness, but not steatosis, as measured by CAP among US adults.

Coffee more likely to benefit health than harm it