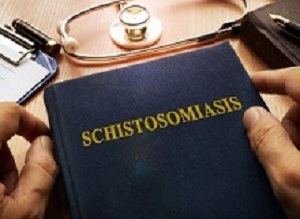 Testing and treatment programmes for HIV and schistosomiasis (also known as snail fever or bilharzia) could be profitably combined in settings with a high prevalence of both infections, results of a study led by Kristin M Wall at the Rwanda Zambia HIV Research Group at the Rollins School of Public Health, Emory University, Atlanta, suggest. Retrospective research involving over 1000 HIV-serodiscordant couples in Lusaka, Zambia, showed that infection with schistosomiasis was associated with an increased risk of HIV transmission from HIV-positive to HIV-negative partners, an increased risk of HIV acquisition among women, and an increased risk of death for HIV-positive women.

The authors note that schistosome infections can be safely, effectively and cheaply treated with the anti-worm medication praziquantel. “Schistosomiasis prevention and treatment strategies may be a cost-effective way to reduce not only the symptoms associated with the infection, but also new cases of HIV and death among HIV+ persons,” they suggest.

Schistosomiasis is an infection caused by a parasitic worm that lives in fresh water. People become infected when the larvae – released by freshwater snails – penetrate the skin during contact with infested water. An estimated 200m people have schistosomiasis worldwide and 90% of these infections are in sub-Saharan Africa.

Common types of the infection in sub-Saharan Africa are Schistosoma haematobium and Schistosoma mansoni, which cause urogenital and intestinal schistosomiasis, respectively. Most infections occur in childhood, and prevalence is generally higher in rural than urban settings.

The infection can cause a localised immune response and genital lesions. It may therefore increase the risk of HIV transmission and acquisition.

To see if this is the case, investigators designed a retrospective study involving HIV-serodiscordant couples recruited in Lusaka between 1994 and 2012. At baseline, participants were tested for schistosome-specific antibodies (which may reflect either active or previous infection). The association between schistosome antibody status and HIV transmission, acquisition and mortality risk was then examined.

The 1,046 male and 1,099 female participants were followed for an average of 800 days. A fifth of men and 12% of women died during follow-up. Antiretroviral therapy was started by 10% of men and 8% of women.

Among HIV-negative women the risk of HIV acquisition differed according to schistosomiasis type. S. haematobium, which causes genitals ulcers, significantly increased the risk (aHR = 1.4; p = 0.034), but no significant association was present for S. masoni (which affects the intestines).

Baseline schistosomiasis was significantly associated with mortality in HIV-positive women, even after controlling for confounders that included HIV viral load (aHR = 1.97; 95% CI, 1.19-3.25, p = 0.008). No such association was detected in HIV-positive men.
The researchers say their findings show the importance of schistosomiasis treatment and prevention, which should be integrated into HIV programmes. As well as reducing schistosomiasis-related illness, it could help prevent HIV transmission and mortality.

“Praziquantel treatment for schistosomiasis is safe, including in pregnant women, has no reported widespread drug resistance, has only moderate side-effects, and can be dispensed via community-wide mass administration," they write. "Additionally, praziquantel may attenuate HIV replication by decreasing systemic inflammation and slow HIV disease progression.”

Abstract
Background: We examined relationships between schistosome infection, HIV transmission or acquisition, and all-cause death.
Methods: We retrospectively tested baseline sera from a heterosexual HIV-discordant couple cohort in Lusaka, Zambia with follow-up from 1994–2012 in a nested case-control design. Schistosome-specific antibody levels were measured by ELISA. Associations between baseline antibody response to schistosome antigens and incident HIV transmission, acquisition, and all-cause death stratified by gender and HIV status were assessed. In a subset of HIV- women and HIV+ men, we performed immunoblots to evaluate associations between Schistosoma haematobium or Schistosoma mansoni infection history and HIV incidence.
Results: Of 2,145 individuals, 59% had positive baseline schistosome-specific antibody responses. In HIV+ women and men, baseline schistosome-specific antibodies were associated with HIV transmission to partners (adjusted hazard ratio [aHR] = 1.8, p<0.005 and aHR = 1.4, p<0.05, respectively) and death in HIV+ women (aHR = 2.2, p<0.001). In 250 HIV- women, presence of S. haematobium-specific antibodies was associated with increased risk of HIV acquisition (aHR = 1.4, p<0.05).
Conclusion: Schistosome infections were associated with increased transmission of HIV from both sexes, acquisition of HIV in women, and increased progression to death in HIV+ women. Establishing effective prevention and treatment strategies for schistosomiasis, including in urban adults, may reduce HIV incidence and death in HIV+ persons living in endemic areas.

Fosfomycin for babies with neonatal sepsis and AMR – Kenya trial