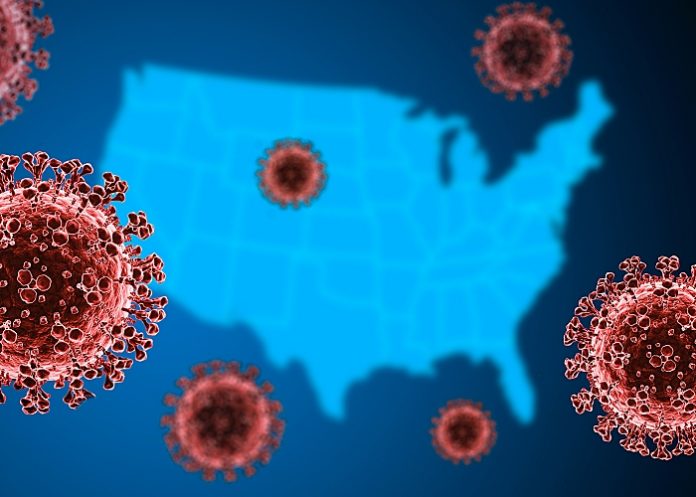 The COVID-19 pandemic is the deadliest event in American history, with its death toll of 703,000 people surpassing that of the Civil War (620,000) and the 1918 Spanish flu (675,000). Deaths in the US are more than three times greater than that country’s share of global population.

Stat reports that the Spanish flu was previously the disease event that caused the biggest loss of life in the United States; the Centers for Disease Control and Prevention estimate that 675,000 Americans died during the 1918 pandemic, in waves of illness that stretched out over roughly two years in the USA.

“In terms of raw numbers of deaths, thatʼs high,” said Howard Markel, director of the Center for the History of Medicine at the University of Michigan School of Public Health. “And itʼs higher still than it should have been, frankly.”

US deaths make up roughly 14% of the nearly 4.7 million fatalities reported worldwide in this pandemic to date, even though the countryʼs population comprises only about 4.2% of the global population.

“In the US, we are among the worst affected in our class of countries — rich countries with an ageing population. But other countries in Europe did poorly as well,” said Cécile Viboud, an infectious diseases epidemiologist who has done a lot of research into deaths from the 1918 flu.

Whether the COVID pandemic will qualify as the deadliest event in US history is perhaps a question for Civil War historians. The long-accepted toll of the War Between the States was 620,000, which this pandemic has already surpassed. (Although in 2011, David Hacker, a historian at Binghamton University in New York State, published an article in the journal Civil War History arguing the true number of deaths in the Civil War was more likely around 750,000.)

The heavy toll the pandemic has taken in the US is due to the countryʼs inadequate response early on, said Markel.

David Morens, a medical historian at the National Institutes of Allergy and Infectious Diseases, agreed. “I think itʼs generally known that America didnʼt do a very good job in the early stages of controlling the pandemic,” said Morens, who has also written extensively on the 1918 flu pandemic.

Comparing events that happened more than a century apart has its perils. For instance, the US population in 1918 was a third of what it is now. So as a percentage of the national population, the Spanish flu deaths still has the lead on COVID-19.

Likewise, the mean age of the people who died in 1918 was 28, whereas with COVID deaths are occurring mainly in the elderly, said Viboud, who works at the National Institutes of Healthʼs Fogerty International Center. In terms of cumulative years of life lost, the Spanish fluʼs impact thus remains greater.

But modern medicine is far more advanced than what was available in 1918. Now people whose lungs are under attack from COVID can be put on ventilators or extracorporeal membrane oxygenation — ECMO — machines, which pump oxygen into blood when a personʼs heart and lungs are no longer up to the job. These were not options in 1918.

And for months now, the country has had vaccines that are highly effective at lowering the risk of dying from COVID. Still the fatalities pile up, though at a slower rate than earlier in the pandemic.

“We have no idea what would have been the impact of COVID-19 without interventions,” Viboud acknowledged.

The deaths will continue to climb for some time still, Morens noted. “Remember, weʼre still counting,” he said. “In 1918, the pandemic became not so deadly within two years. We have no idea — I donʼt and I donʼt trust anybody who says they do — where this COVID-19 will go.”

The global COVID death figure is without doubt an underestimate, but then again, the American tally probably is as well.

“The true deaths from COVID-19 in the United States are probably higher than the actual numbers. But how much higher is a matter of speculation,” Morens said.

There is some work that suggests what a truer figure might be, Viboud said, pointing to a research paper published in the journal eLife in June. The study, by Ariel Karlinsky, an economist and statistician at Hebrew University in Jerusalem, and Dmitry Kobak, of the Institute for Ophthalmic Research at the University of Tübingen in Germany, attempted to estimate a more accurate picture of COVID deaths in 103 countries. Their calculations were based on looking at what is known as excess mortality, the differences between the number of deaths reported since the start of the pandemic and the annual average mortality figures for the years 2015 to 2019 in each of the countries studied.

By their calculations, South Africa proportionately had an excess death rate (to June 2021) of about 160,000.

Their work estimated that the true COVID death toll in the US is probably 10% higher than the declared number of lives lost to the disease in the country. That would place the number in the ballpark of 741,000.

In rivalling the Spanish flu, the COVID-19 pandemic has given medical historians a new lesson to teach, said Markel, who wrote about that fact last month in The Atlantic.

In his interview with STAT, Markel recalled that during a briefing he gave to former president Barack Obama about the 1918 pandemic — he was president during the 2009 H1N1 pandemic — Obama noted that 1918 was a long time ago. Thatʼs the problem with disease outbreaks that are 100-year events; they are so rare that the lessons one can take from them may seem out of date when they are next needed.

“We finally now have a modern pandemic,” said Markel. “In modern times with modern vaccines and so on. So to me, this is the one Iʼm going to be teaching my medical students and public health students.”

Comparing the impact of the COVID-19 pandemic between countries or across time is difficult because the reported numbers of cases and deaths can be strongly affected by testing capacity and reporting policy. Excess mortality, defined as the increase in all-cause mortality relative to the expected mortality, is widely considered as a more objective indicator of the COVID-19 death toll. However, there has been no global, frequently updated repository of the all-cause mortality data across countries.

To fill this gap, we have collected weekly, monthly, or quarterly all-cause mortality data from 103 countries and territories, openly available as the regularly updated World Mortality Dataset. We used this dataset to compute the excess mortality in each country during the COVID-19 pandemic. We found that in several worst-affected countries (Peru, Ecuador, Bolivia, Mexico) the excess mortality was above 50% of the expected annual mortality (Peru, Ecuador, Bolivia, Mexico) or above 400 excess deaths per 100,000 population (Peru, Bulgaria, North Macedonia, Serbia).

At the same time, in several other countries (e.g. Australia and New Zealand) mortality during the pandemic was below the usual level, presumably due to social distancing measures decreasing the non-COVID infectious mortality. Furthermore, we found that while many countries have been reporting the COVID-19 deaths very accurately, some countries have been substantially underreporting their COVID-19 deaths (e.g. Nicaragua, Russia, Uzbekistan), by up to two orders of magnitude (Tajikistan).

Our results highlight the importance of open and rapid all-cause mortality reporting for pandemic monitoring.