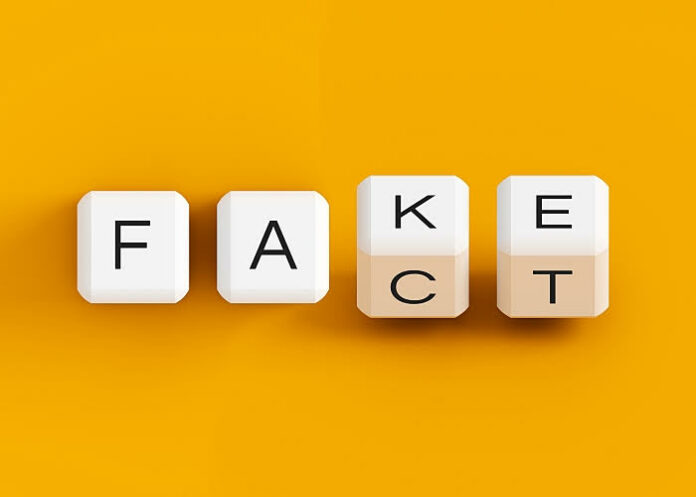 A “vocal minority” of medical doctors is undermining the sacrosanct doctor-patient relationship and abusing the public’s trust by intentionally spreading COVID misinformation and disinformation, write an epidemiologist and emergency care doctor for NBC News. At present, they are not being held accountable by the profession’s disciplinary boards.

Epidemiologist Brian Castrucci, president and CEO of the De Beaumont Foundation, and emergency medical physician Nick Sawyer, executive director of No License for Disinformation, write that the doctor-patient relationship starts at birth and extends across one’s life. When patients are honest with their doctors, better decisions can be made about their health.

They expect the same honesty in return and, indeed, the Hippocratic Oath demands as much of physicians. Underscoring this important responsibility, throughout the COVID-19 pandemic, national polls have found that most Americans trust medical professionals to give them accurate information about the virus.

From making false claims about vaccines to offering to sign medically unnecessary mask exemptions in exchange for payment, these “disinformation doctors” are amplifying lies and often profiting from a cottage industry of social media posts, websites, live and virtual conferences and podcasts.

In the process, they are weaponising their white coats and putting patients, the public and their profession at risk. Across the USA, physicians have falsely claimed that COVID vaccines change peopleʼs DNA, that the vaccines have been proved ineffective at preventing COVID and that the vaccine has killed more people than the disease itself.

Yet these doctors face almost no consequences for what theyʼre doing. Data show that nearly every state medical board — the state-sanctioned government agencies with the authority to licence, investigate, discipline and regulate medical doctors — is failing to hold these doctors accountable.

In December, the federation shared survey findings showing that two-thirds of state medical boards had seen an increase in complaints “related to licensee dissemination of false or misleading information”.

But only 12 of the boards, just 17%, reported taking disciplinary action against those disseminating false or misleading information. This lack of accountability is all the more troubling because, as the medical board federation noted in its July statement, doctors have an elevated responsibility and expectation for truthfulness. “Due to their specialised knowledge and training,” the federation said, “licenced physicians possess a high degree of public trust and therefore have a powerful platform in society, whether they recognise it or not.”

Doctors didnʼt just happen upon this exalted place of societal trust and deference. It was built through hard work over long periods of time, work that is now being jeopardised.

Before the 20th century, there was no effective medical licensing and no regulation of medical practice or medical education. This changed with the influential 1910 Flexner Report, whose sweeping recommendations led to policies that professionalised, standardised and elevated the practice of medicine in the United States.

More than 100 years later, we find ourselves in an exceptionally polarised time when trust in the media and government is falling. In stark contrast to the mid-20th-century ideal of the trusted physician famously captured in Norman Rockwell paintings, a group of fringe doctors is confusing and misleading millions of Americans. In doing so, they threaten to erode the institution of medicine as a credible and unbiased source of information.

To help state medical boards in their support of patients and defence of medicine, the De Beaumont Foundation, a public health charity focused on state and local public health, and the grassroots advocacy group No License for Disinformation — the organisations we both lead — have released a report, “Disinformation Doctors: Licensed to Mislead”, which outlines specific steps that can be taken to hold offending physicians accountable.

First, medical boards must increase transparency and proactively investigate and discipline misconduct. Today complaints referred for investigation are confidential, and those that are closed without action generally have no public record. All the while the physician continues to practice and patients are none the wiser. It is unacceptable that investigations regularly take months or even years. In the age of social media, investigations need to be expedited to prevent misinformation from being amplified.

In a time when Americans can agree on little, they are nearly unanimous in the belief that doctors should be held accountable for spreading misinformation. In a national poll conducted in December by Morning Consult, 91% of American adults said doctors donʼt have the right to intentionally spread misinformation. And 78% support disciplinary action, such as warnings, fines or licence suspension or revocation for those who do.

Disinformation is a public health threat that existed long before this pandemic and has the power to proliferate long after. Unless state medical boards begin to hold these physicians accountable, the trust of the entire medical profession is in jeopardy — and more important, so are the lives of millions of Americans.

ICCEC 2021: International focus on the ethical dilemmas of COVID-19