HomeA FocusAnti-vaccine chiropractors: A rising force of misinformation
A FocusCoronavirus 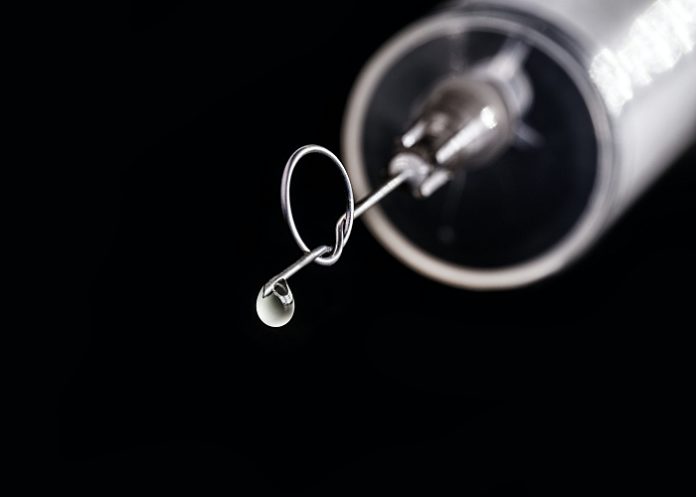 Associated Press writes that the recent Vax-Con ’21 event in Wisconsin, to which people travelled from all over the US, to learn “the uncensored truth” about COVID-19 vaccines, is just one example of the “ sea of misinformation and conspiracy theories” about the pandemic, originating from chiropractors.

A vocal and influential group of chiropractors has been capitalising on the pandemic by sowing fear and mistrust of vaccines. They have touted their supplements as alternatives to vaccines, written doctor’s notes to allow patients to get out of mask and immunisation mandates, donated large sums of money to anti-vaccine organisations and sold anti-vaccine ads on Facebook and Instagram.

They have also been the leading force behind anti-vaccine events like the one in Wisconsin, attended by hundreds of chiropractors from across the US. AP found chiropractors were also allowed to earn continuing education credits from such events to maintain their licences in at least 10 states.

Public health advocates are alarmed by the number of chiropractors who have hitched themselves to the anti-vaccine movement and used their public prominence to undermine the nation’s response to a pandemic that has killed more than 750,000 Americans.

“People trust them. They trust their authority, but they also feel they’re a nice alternative to traditional medicine,” said Erica DeWald of Vaccinate Your Family, which tracks figures in the anti-vaccine movement. “Mainstream medicine will refer people to a chiropractor not knowing that they could be exposed to misinformation. You go because your back hurts, and then suddenly you don’t want to vaccinate your kids.”

The purveyors of vaccine misinformation represent a small but vocal minority of the nation’s 70,000 chiropractors, many of whom advocate for vaccines, writes AP. In some places, chiropractors have helped organise vaccine clinics or been authorised to give COVID-19 shots.

And chiropractic is not the only health care profession whose members have been associated with COVID-19 misinformation: some medical doctors have spread dangerous falsehoods about vaccines, a problem so concerning that the national group representing state medical boards warned in July that doctors who push vaccine disinformation could have their licences revoked.

But the pandemic gave a new platform to a faction of chiropractors who had been stirring up anti-vaccine misinformation long before COVID-19 arrived, driven by interpretations of 19th century chiropractic beliefs that medicine interferes with the body’s natural flow of energy.

Chiropractic was founded in 1895 by DD Palmer, a “magnetic healer” who argued that most disease was a result of misaligned vertebrae. Its early leaders rejected the use of surgery and drugs, as well as the idea that germs cause disease. Instead, they believed the body has an innate intelligence, and the power to heal itself if it is functioning properly, and that chiropractic care can help it do that.

This led many to reject vaccines, even though vaccines are not within their scope of practice. Instead, they treat conditions through spine and musculoskeletal adjustments, as well as exercise and nutritional counselling. A 2015 Gallup survey found an estimated 33.5 million adults had seen a chiropractor in the previous 12 months.

Even before the pandemic, many chiropractors became active in the so-called “health freedom” movement, advocating in state legislatures from Massachusetts to South Dakota to allow more people to skip vaccinations. Since 2019, AP found, chiropractors and chiropractor-backed groups have worked to influence vaccine-related legislation and policy in at least 24 states.

Then the pandemic hit, creating new avenues for profit. The first complaint the Federal Trade Commission filed under the COVID-19 Consumer Protection Act was in April against a Missouri chiropractor. It alleges he falsely advertised that “vaccines do not stop the spread of the virus”, but that supplements he sold for $24 per bottle plus $9.95 shipping did. He says he did not advertise his supplements that way and is fighting the allegations in court.

Nebraska chiropractor Ben Tapper landed on the “Disinformation Dozen,” a list compiled by the Center for Countering Digital Hate, which says he is among the small group of people responsible for nearly two-thirds of anti-vaccine content online. Tapper went viral with posts downplaying the dangers of COVID-19, criticising “Big Pharma,” and stoking fears of the vaccine.

It’s unclear how widespread anti-vaccine sentiment is in the ranks of chiropractors, but there are some clues. Stephen Perle, a professor at the University of Bridgeport School of Chiropractic, recently surveyed thousands of chiropractors across the US. He said his and other surveys show that less than 20% of chiropractors have “unorthodox” views, such as opposition to vaccines. Perle called that group an “exceedingly vocal, engaged minority”.

AP could find no national numbers of vaccination rates among chiropractors, but Oregon tracks vaccine uptake among all licensed health providers, and the numbers show chiropractors and their assistants are by far the least likely to be vaccinated, and far less than the general public.

Just 58% of licensed chiropractors and 55% of chiropractic assistants in Oregon were vaccinated as of 5 September. That’s compared to 96% of dentists, 92% of MDs, 83% of registered nurses, 68% of naturopathic physicians, and 75% of the general public.

Dozens of chiropractors spread doubt on their own websites about vaccines, including those for COVID-19. AP also found some chiropractors were selling anti-vaccine ads on Facebook and Instagram.

On the West Coast, a chiropractic seminar and expo called Cal Jam, run by chiropractor Billy DeMoss, said in 2019 it raised a half a million dollars for a group led by one of the world’s most prominent anti-vaccine activists, Robert F Kennedy Jr. Photographs posted online show DeMoss and others presenting Kennedy with a giant cheque for $500,000, signed by “Chiropractic Rebels”. Kennedy has been banned on Instagram and was also labelled a member of the “Disinformation Dozen.”

The amount represents a huge portion of Children’s Health Defense’s 2019 revenues,  (Children's Health Defense being a ubiquitous source of false and misleading information about vaccines), about one-sixth of the nearly $3 million it raised that year, according to the group’s tax forms.

Another group, Stand for Health Freedom, was co-founded in 2019 by another member of the “Disinformation Dozen,” Sayer Ji, along with chiropractor Joel Bohemier, and Leah Wilson, who co-owns a chiropractic business in Indiana. Stand for Health Freedom says it has an estimated reach of one million “advocates,” and it takes credit for killing the 2020 New Jersey bill on religious exemption for vaccines.

The group’s website says that in just one week, more than 80,000 emails were sent to New Jersey lawmakers through its portal. The group, which has not filed as a lobbying organisation in any state, is currently pushing people to send messages opposing vaccine mandates to lawmakers in states including Iowa and South Dakota, and says it has gathered more than 126,000 signatures on a petition to oppose vaccine mandates for air travel.

Georgia-based Life University, which bills itself as the world’s largest single-campus chiropractic university, acted as Vax-Con’s sponsor and vouched for the programme as “viable postgraduate materials” in a letter to state regulators. Based on ticket prices, the event would have generated revenue of at least $130,000.

Brian Castrucci, CEO of the De Beaumont Foundation, which advocates for public health, was appalled that chiropractors were earning continuing education credit to attend Vax-Con.

“When you are a licensed professional and you are spreading misinformation, should you maintain your license?” he said. “When chiropractors, physicians, medical professionals, elected leaders and social media start spreading disinformation, where are people to go for information? For facts?”

In October 2020, the International Chiropractors Association carried what it called a “formal policy statement” on its website, saying the group “questions the wisdom of mass vaccination programmes” and opposes compulsory vaccine programmes which infringe upon “freedom of choice”. The statement has since been removed but could be found in the internet archive.

Beth Clay, executive director of the International Chiropractors Association, said the group “takes no official position” on vaccines, but when asked whether its formal policy statement had been rescinded, she replied that it “technically” remained official. The group’s policy statements were scheduled to be reviewed in the next 18 months, she said.

Meanwhile, the American Chiropractic Association, a larger and more mainstream chiropractic group, adopted a new position statement on vaccines in June that does not take a position for or against them.

John Murray, executive director of the Association, which had nothing to do with Vax-Con, said he couldn’t understand why the state examining board approved continuing education credits for the event, given that vaccinations aren’t in the scope of practice for chiropractors. He said there is a clear danger when chiropractors stray from their service of offering spinal adjustments.

Vax-Con, he said, was an example of a small group of chiropractors, who are pushing the envelope, and diminishing the credibility of the profession.

MedicalBrief reports that in South Africa, the Chiropractic Association of SA (CASA) says it “fully supports WHO and the SA Department of Health as well as the World Federation of Chiropractic when it comes to COVID vaccines”.

President of CASA Dr Kendrah Da Silva said: “We are not experts on anything virology-related and prefer not to give opinions when it comes to something out of our field. It is irresponsible not to support a global initiative in fighting a pandemic of this nature.

“We are quite clear. This is not in our scope of practice. In fact, many of our practitioners and our interns have given their time to help with the vaccine roll-out, not in giving the vaccine itself, but in the supportive work, the administration, the background work.”

The 'sheen of respectability' that surrounds chiropractic

In defence of chiropractic: DUT, Casa and Prof Noakes

Facebook
Twitter
WhatsApp
Linkedin
Email
Previous articleDA: Some patients have been waiting since 2010 for surgery at Steve Biko Hospital
Next articleObese COVID patients twice as likely to be admitted to ICU or die — Swedish cohort study