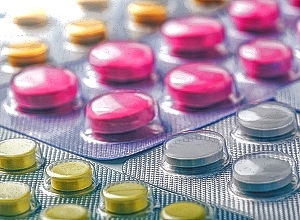 A daily cocktail of aspirin, statins and blood pressure pills slashes a personʼs risk of a stroke in half, a study has found.

Researchers looked at how likely a person was to suffer a cardiovascular health issue, which included heart attacks, strokes, or death from heart disease, over a five year period. Overall, people who took all four drugs were 47% less likely to suffer one of the aforementioned health issues. But in the non-aspirin cohort, the figure was just 32%.Only dementia  (70,047) and COVID-19 (73,766) claimed more lives than heart diseases in England last year (55,807).

Aspirin and statins are prescribed to people who are at high risk of cardiovascular health issues, or who have a history of the conditions. Data show that when aspirin was included in the preventative treatment, either as standalone tablets or rolled into one capsule — a so-called polypill — the risk of a person having a stroke is reduced by 51% compared with someone not on medication.

The study, published in The Lancet, also found the treatment lowers the likelihood of a heart attack by 53%, and of death from cardiovascular disease by 49%.

In contrast, the risk reduction is just 41% for stroke, 48% for heart attack, and 35% for cardiovascular death for people taking a polypill that does not include aspirin.

“The largest effects are seen with treatments that include blood pressure lowering agents, a statin and aspirin together, which can reduce fatal and non-fatal cardiovascular events by about half. The benefits are consistent at different blood pressure levels, cholesterol levels and with or without diabetes, but larger benefits may occur in older people.”

Polypills are not a new concept, first being discussed around 20 years ago as a way of tackling the growing scourge of cardiovascular disease. However, there is some debate over the balance of risks and benefits.

Currently, no polypills are authorised in the UK, but they continue to win support from experts.

Professor Fausto Pinto, president of the World Heart Federation (WHF), said: “The demonstration of a low-cost approach using fixed dose combinations to reduce cardiovascular disease by about 50% is extraordinary and represents a huge opportunity to tackle the condition globally, with a major potential impact on people's lives. The WHF has supported the use of a polypill for the past decade and these results provide robust evidence to strengthen our global advocacy strategy.”

“Although a polypill strategy might sit uncomfortably with precision medicine, there is now a substantial evidence base that such an approach is effective at reducing cardiovascular disease,” added Jonathan Mant and Richard McManus, professors of primary care at the University of Cambridge and Oxford, respectively, who were not involved in the study but wrote an accompanying comment article, also published in The Lancet.

“Guideline writers and policy makers should consider how to incorporate this evidence base into guidelines and policies.”

A separate study from The George Institute in Australia, published in the New England Journal of Medicine, found that ditching normal salt for a low-sodium alternative reduced a high-risk personʼs risk of stroke by 14%. “Almost everyone in the world eats more salt than they should. Switching to a salt substitute is something that everyone could do if salt substitutes were on the supermarket shelves,ʼʼ said study author Professor Bruce Neal.

Background
In randomised controlled trials, fixed-dose combination treatments (or polypills) have been shown to reduce a composite of cardiovascular disease outcomes in primary prevention. However, whether or not aspirin should be included, effects on specific outcomes, and effects in key subgroups are unknown.

Methods
We did an individual participant data meta-analysis of large randomised controlled trials (each with ≥1000 participants and ≥2 years of follow-up) of a fixed-dose combination treatment strategy versus control in a primary cardiovascular disease prevention population. We included trials that evaluated a fixed-dose combination strategy of at least two blood pressure lowering agents plus a statin (with or without aspirin), compared with a control strategy (either placebo or usual care).

The primary outcome was time to first occurrence of a composite of cardiovascular death, myocardial infarction, stroke, or arterial revascularisation. Additional outcomes included individual cardiovascular outcomes and death from any cause.

Outcomes were also evaluated in groups stratified by the inclusion of aspirin in the fixed-dose treatment strategy, and effect sizes were estimated in prespecified subgroups based on risk factors. Kaplan-Meier survival curves and Cox proportional hazard regression models were used to compare strategies.

The Lancet article – Fixed-dose combination therapies with and without aspirin for primary prevention of cardiovascular disease: an individual participant data meta-analysis (Open access)