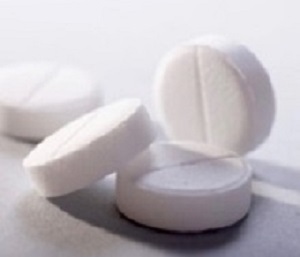 In long-term users – heart attack survivors and people at high risk for one – discontinuation of low-dose aspirin in the absence of major surgery or bleeding was associated with a 37% increased risk of cardiovascular events.

For heart attack survivors and people at high risk for one, a low-dose aspirin is part of the daily routine to prevent a heart attack or stroke. But for those who don’t stick to that routine, the rate of heart attacks, strokes or deaths from one of those causes goes up 37%, a new study shows.

In broad patient settings, other research has shown up to 30% of patients stop taking aspirin, a drug that inhibits clotting and lowers the risk of cardiovascular events. The study examined the records of more than 600,000 people over age 40 who took low-dose aspirin for heart attack and stroke prevention between 2005 and 2009.

“Low-dose aspirin therapy is a simple and inexpensive treatment,” said Dr Johan Sundstrom, lead author of the study and professor of epidemiology at Uppsala University in Sweden.

Studies have suggested patients experience a “rebound effect” after stopping aspirin treatment, possibly due to increased clotting levels from the loss of aspirin’s blood-thinning effects. Because of the large number of patients on aspirin and the high number who stop treatment, the importance of a rebound effect may be significant, Sundstrom said.

“As long as there’s no bleeding or any major surgery scheduled, our research shows the significant public health benefits that can be gained when patients stay on aspirin therapy,” he said.