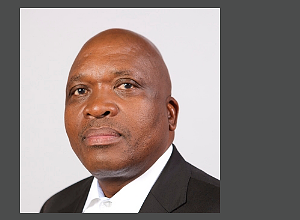 Dr Zweli Mkhize's successor, Dr Mathume Joseph Phaahla, takes over as Health minister at a crucial time, writes BusinessLIVE. Not only does he become the public face of the government’s response to the coronavirus crisis, he will also drive the plans for the National health Insurance (NHI), the most ambitious health reforms attempted in post-apartheid South Africa.

Phaahla was appointed deputy health minister in May 2014, serving first under Aaron Motsoaledi, and more recently, under Zweli Mkhize, assigned the job by President Cyril Ramaphosa in May 2019.

Born in Ga-Phaahla, Limpopo, in 1957, Phaahla’s long career in politics has given him the skill to sidestep the controversies that tainted Mkhize’s tenure. He also appears untainted by the Digital Vibes scandal that has engulfed Mkhize and several senior health department officials.

He is familiar with the problems confronting both the national health department, which has suffered an exodus of top civil servants, and the health sector, and to many, is a safe choice for the post.

A medical doctor with an ever-present smile, writes Daily Maverick, Phaahla has, in recent weeks become a familiar face as he takes part in weekly briefings on Friday mornings to update the country on the state of South Africa’s vaccination roll-out, never missing an opportunity to tell people to wash their hands, wear their masks and get vaccinated.

Like his predecessor, notes BusinessLIVE, Phaahla is a doctor, having studied at the University of Natal Medical School, now the Nelson Mandela School of Medicine of the University of KwaZulu-Natal, during the late 1970s and early 1980s. One of the few tertiary institutions to admit black students then, it was home to intense political activism against apartheid: Mkhize, Motsoaledi, Discovery executive director Ayanda Ntsaluba and Dhlomo all studied there during this era.

Phaahla held leadership roles in various political organisations, including the Release Mandela Campaign, the Azanian Students Organisation and the United Democratic Front, before becoming a member of the ANC’s provincial executive committee in Limpopo, in 1991.

After graduating, Phaahla worked at hospitals in Limpopo, KwaZulu-Natal, Gauteng and Mpumalanga, before becoming Limpopo’s first MEC for health and social development from 1994 to 1997. He then held various positions, from director-general in the department of sport and recreation to CEO of the SA Sports Commission.

BusinessLIVE adds that he was elected to the ANC’s national executive committee in 2007, becoming deputy minister of rural development and land reform in May 2009, and then deputy minister of arts and culture in November 2020, before moving to health in 2014.

The Treatment Action Campaign (TAC) told Daily Maverick it welcomed Phaahla’s appointment while saying it was disappointed about the allegations that led to the departure of Mkhize.

“We express our disappointment, having been quietly optimistic when he took over in 2019. We lament, however, that it took as long as it did to effect this change, given the mountain of evidence and allegations against him and others implicated in the Digital Vibes saga."

General Secretary of the TAC Anele Yawa said, “It is shocking that at least  R90m in 'suspicious payments' were made from the irregular R150m tender contract."

And Sibongile Tshabalala,  national chairperson of the TAC: “It is unforgivable that a minister of health could allegedly take R1m meant for saving people’s lives and use it for the establishment of an upmarket salon, particularly during an unprecedented pandemic.”

However, noted Daily Maverick, the organisation welcomed the appointment of Phaahla

“He has extensive experience in the healthcare sector, having ably served as a deputy minister. We call on him to bring stability to the department through radically improving the immunisation programme; setting up an internal anti-corruption unit that works  with law enforcement agencies, and addressing the dire human resources for health.”