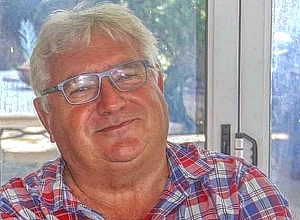 Pioneering vascular surgeon Professor Cobus van Marle, who made South African medical history in 1998 when he successfully completed the first minimally invasive endovascular aortic aneurysm repair in the country, has died. The cause of his death has not been made known.

Dr Dirk le Roux, friend, student and president of the Vascular Society of Southern Africa, said it was with “great sadness to announce the passing of one of the giants in the South African vascular surgical fraternity. One cannot in a few words pay tribute or even try to list all of his accomplishments.”

He said Van Marle was born on 6 September 1953, and finished his secondary schooling at Grey College in Bloemfontein in 1971.

“He was professor and head of the vascular unit until 2010, and maintained a close relationship with the university while training students, registrars and vascular fellows.”

Le Roux said Van Marle was elected as the 7th president of the Vascular Society in 2001, and has been an active member of the society.

“I had the privilege of training under Prof Van Marle as his vascular fellow in 2003 and 2004. He was a pioneer of endovascular aortic aneurysm repair in this country.

“During his tenure as head of the vascular unit he trained five South African fellows and one international fellow, all of whom passed their fellowship exams the first time around, a feat that has not yet been achieved by any other unit in the country,” said Le Roux, adding that the late expert was a man of integrity who stood by his convictions and never faltered.

Netcare writes, in an obituary:

When prof Van Marle, of the Netcare Unitas Hospital, died on Saturday, 4 September 2021, his life and work were celebrated by his colleagues with a spontaneous guard of honour and a chorus of voices.

As the sounds of Iwile Lembewu (A good seed has fallen to the ground), filled the corridors of the hospital, colleagues stood in admiration of the massive contribution made by an extraordinary man who, over close on three decades, had left an indelible mark not only on the world of healthcare, but on the lives of family, friends and a myriad of others.

In his lifetime Prof Van Marle reached many healthcare milestones improving the lives of countless individuals. But, for his heartbroken family and colleagues, this charismatic giant of a man was so much more.

His son Paul said that the hearts of his family were torn apart by grief. “Our dad loved his family above all else – he lived for us. Yes, he was an incredible doctor, but he was a man with gravitas. He was so much more than just a phenomenal healthcare professional.”

The staff in his practice adored him and were like family to him. In paying tribute, they said: “We worked together, laughed together, we joked together. We were sad together and we cried together, our doctor was so much more than our employer – he was a good friend and a good man. Our hearts are broken, he leaves a huge void. We will never forget him.”

Prof Van Marle first made South African medical history in 1998 when he successfully completed the first minimally invasive endovascular aneurysm repair in the country. The breakthrough procedure, which is safer than traditional open surgery, was first performed by an Argentinian vascular surgeon in the early 1990s.

“The Netcare Group mourns the loss of a healthcare professional and a man of great stature. Professor Van Marle was highly respected and much loved by his colleagues, patients, as well as by the staff and management of Netcare Unitas Hospital where he made a tremendous contribution,” said Jacques du Plessis, managing director of Netcare’s hospital division.

“We are grateful to have known him, and his loss is very deeply felt by his many friends, colleagues and the patients he cared for during his sterling medical career, which included more than 27 years’ practising at Netcare Unitas Hospital.”

Du Plessis said that to the best of his knowledge, no other surgical team in South Africa had completed so many endovascular aneurysm repairs. “Professor Van Marle and his team have left an indelible mark on South African medical history.

“Aorta aneurysm is a potentially dangerous medical condition that can incapacitate the sufferer and sometimes result in sudden death. Through his minimally invasive endovascular aneurysm repair procedures, Prof Van Marle and his team have given hundreds of people back their lives.”

“His death comes as a tremendous shock. We are deeply saddened by the loss of a dear friend, colleague and special human being who has been an integral part of the Netcare Unitas family for many, many years.

“His warmth and genuine caring will be sorely missed and very fondly remembered by not only his colleagues and patients but by everyone who was fortunate enough to work with him through the years,” he added.

Professor Van Marle’s special healthcare interests included endovascular management of aortic aneurysms, arterial and venous disease, HIV associated vasculopathy and carotid artery disease. At a personal level, he lived for his family and adored his grandchildren and was the happiest when he was with his family, spending time on his farm and hunting with his friends.

“Professor Van Marle has enriched the lives of many people. His legacy will live on, not only in the tremendous contribution he made to South African medicine, but in the special way that he touched the lives of others. Our hearts go out to his wife, Haya, his mother, Ouma Sheila, his children Jaco, Nine, Anneke and Paul and to his sisters Esté and Karin. He will be missed by his seven grandchildren, many friends and colleagues. Along with his family we are sad that his future eighth grandchild will never have the privilege of knowing him,” said Du Plessis.