The dire consequences of climate change on SA's health 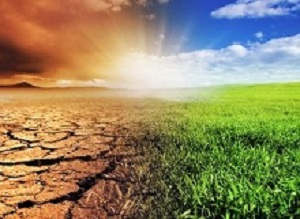 Climatic changes place South Africa among one of the most vulnerable countries in the world, given the current high incidence of several life-threatening diseases, combined with poverty and inequality of access to health, says Dr Caradee Wright, senior specialist scientist at the SA Medical Research Council.

Between 2030 and 2050, climate change will result in 250,000 additional deaths per year from diseases like malnutrition, malaria, diarrhoea and heat stroke globally, placing increased stress on health resources and public health systems, according to the World Health Organisation (WHO).

Bizcommunity reports that while globally temperatures are expected to rise, on average by 2°C, in South Africa it is anticipated that by 2100 temperatures would have risen by 4°C, causing a detrimental effect on environmental and social health and significantly impacting clean air, water, food and shelter.  Some models have suggested a possible expansion in malaria zones in South Africa and the possible spread of the dengue virus from Mozambique and Angola into South Africa. “Diarrhoeal infections, malaria, bilharzia and the dengue virus are all diseases which have been shown to be affected by specific climatic factors," Wright says.

The report says the direct effects of increased temperature include nausea, headaches, elevated levels of kidney and cardiovascular disease, heatstroke and death, while indirectly, chemical pollutants in the air coupled with the distribution and quantity of pollen and other allergens, may worsen respiratory conditions such as asthma and allergic rhinitis. Reduced rainfall and the increase in evaporation caused by higher temperatures may also lead to reduced quantity and quality of water, which in turn increases the risk of waterborne diseases.

The report says that high rates of HIV/Aids, TB, chronic diseases, cancer, cardiovascular and respiratory diseases in South Africa demand that basic services, such as water, sanitation and waste removal is functioning, efficient and effective. Especially pertinent to vulnerable groups is the need for reducing temperatures in warm weather through the use of natural ventilation, electric fans and air conditioners, where possible. But, since electricity is not always available, novel and innovative solutions are required to address these and other effects of climate change.

Wright believes that these risks add greater responsibility to the healthcare sector and highlights the need for proper planning and interventions to mitigate the health impacts of climate change.

“The current drought in the Western Cape will surely spur national and local governments to develop policies that combine climate change and health management,” she is quoted in the report as saying, stressing that the South Africa public health community has an important role to play in accelerating progress to tackle the adverse impacts of climate change on health.

“The time to act is now. To fulfil their potential, the environmental health profession needs to spearhead discussions regarding critical climate impacts on health and wellbeing and become the stewards of health adaptation measures at the local level,” Wright says in the report.