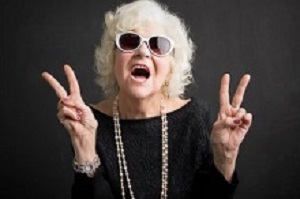 'Super-agers' have long puzzled scientists, but now researchers say they are unpicking why some people live beyond 80 – and still appear to be in fine fettle, with cognitive capacities on a par with adults decades younger. The Guardian reports that researchers have spent years studying super-agers in an attempt to understand what sets the senior citizens apart. “It’s not so long ago that we thought the only trajectory there was to get old and senile,” said Professor Emily Rogalski, from Northwestern University, speaking at the annual meeting of the American Association for the Advancement of Science in Austin, Texas. “We need to push the envelope and see what is possible in older age and how did (people) get there.”

Researchers say studies show that super-agers appear to be more resilient to the slings and arrows of life, and are more extroverted and less neurotic. But, the report says, they have also made another discovery. Looking at the brains of 10 super-agers after they died, Rogalski said they discovered these individuals have more of a certain type of brain cell known as Von Economo neurons than average elderly individuals. These neurons are also found in a small group of higher mammals and are thought to increase communication.

One of the regions they are found in, said Rogalski, is an area thought to be important for attention and working memory, known as the anterior cingulate. That area, Rogalski notes, was also thicker in super-agers than in average 50- and 60-year-olds. “We find that in the super-agers we look under the microscope and find they have more Von Economo neurons than average 80-year-olds, and more VE neurons even than 20-year-olds,” said Rogalski. “We can’t explain how they ended up with more Von Economo neurons or why that is important. But these are a special type of neurons that have only been found in a couple of regions of the brain.”

The report says studies have shown there are other differences as well. “When we look at the rate of cognitive thinning in the cognitively average 80-year-olds, their brains are thinning at nearly two and a half times that of the super-agers,” said Rogalski.

Scientists have also been working on exploring the presence of a protein known as amyloid in the brain, a substance that can cluster, resulting in the plaques linked to Alzheimer’s disease. Claudia Kawas, a geriatric neurologist at the University of California – Irvine, said autopsies showed that some of the super-agers also had the deformed proteins in their brain, yet still retained their powers of cognition and memory.

The team hopes that the findings might help scientists to unpick what causes Alzheimer’s and other dementias, and why some people might be resilient.

According to the report, the researchers say they have also found that common human vices do not necessarily need lead to an early grave, with many super-agers saying they smoked and enjoyed a tipple. “We ask them why is it that you think you are a super-ager, how did you get here, and there are a couple of funny ladies and they will say, well it’s because I have a martini with my friends every day at 5 o’clock. Others have never had a drink,” said Rogalski.

However, Rogalski added, that did not mean that people should take up bad habits to live longer, noting that some people might have a genetic makeup that allowed them to tolerate smoking and drinking.

Nonetheless, Rogalski thinks we can learn from super-agers. “We are getting quite good at extending our lifespan but our health span isn’t keeping up and what the super-agers have is more of a balance between those two, they are living long and living well,” she said.

Jul 28th, 2021
Obese people who had bariatric surgery to reduce their weight appeared to get an added benefit of a markedly...
Talking Points
July 28th, 2021