HomeA FocusDoctors, nurses and paramedics are 'soft targets' for criminals
A FocusMedico-Legal 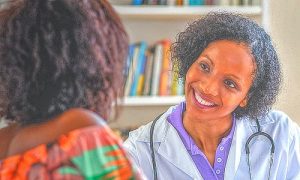 Not only are doctors, nurses and paramedics on the COVID-19 frontline, but they are increasingly being seen as soft targets by opportunistic criminals, writes Legalbrief. Doctors in private practice are under siege by criminals who pose as patients and clear out their bank accounts, while criminals also target nurses working in clinics and paramedics. They steal devices and medications, including antiretrovirals and cough syrup as part of their drug abuse.

The SA Medical Association this week condemned escalating crimes against doctors, saying it had received reports of more than 30 robberies at private practices in Gauteng, KwaZulu-Natal, the Eastern Cape and Free State since mid-2020. Last month, after being tortured and then stabbed multiple times in the head during a home robbery, well-known Thembisa community medical practitioner, Dr Oupa Chuene, 66, died in hospital.

Dr Prudence Buthelezi of the National Health Care Professional Association described the situation in a TimesLive report "as a national crisis". In the most recent incident, former special adviser to the national Health Department and general practitioner Dr Esthras Tlou Moloko was attacked at his Germiston practice on Tuesday (11 May 2021). Moloko was severely beaten by two men who entered the practice, with one having posed as a patient. Dr Norman Mabasa, a general practitioner in Kagiso, Krugersdorp, and a former Limpopo Health MEC, was also a victim of a criminal attack at his practice. He said: "Doctors are completely under siege and are seen to be soft targets."

Buthelezi said the pandemic has exacerbated crimes against healthcare professionals in the past year because of unemployment and rising poverty levels."It's not only doctors who are being affected by crime, paramedics are also being targeted."

In an increasing number of areas, paramedics dare not respond to emergency calls unless accompanied by a police escort. Violent attacks on Emergency Medical Services (EMS) personnel could leave communities in Gauteng without essential emergency services, reports News24. First responders have been robbed, assaulted or shot at in the line of duty.

The most recent attack on paramedics took place on Friday (7 May 2021). Two survived an attack when they came under fire while responding to an incident in which a person was shot and wounded in the Dukathole informal settlement, Germiston.

Gauteng Health MEC Dr Nomathemba Mokgethi said while attending to the wounded person, shots were fired at the paramedics. "This resulted in one crew member being hit and rushed to hospital. The attack on EMS slowed down the emergency response to the wounded resident who, unfortunately, died on the way to the hospital. Unless communities work together with law enforcement agencies to put an end to the attacks on EMS personnel, and the vandalism of their equipment, people needing emergency medical care might find themselves without assistance as workers will be reluctant to respond to calls," Mokgethi warned.

Earlier this month, a female EMS crew member was attacked at gunpoint while on duty. In another separate incident, a shift leader and her crew were attacked by residents in Magaliesburg while responding to a distress call. In March, a paramedic was injured when a provincial ambulance crew ambushed while picking up a patient in uMlazi, KwaZulu-Natal.

The SA Emergency Personnel Union, responding the the Mokgethi's statements, said words with no action behind them would not put an end to the senseless attacks and killings. In a Pretoria News report, Mpho Mpogeng, president of the union, said words but no action coming from people with the powers to protect workers were a particularly "bitter pill" to swallow.

He said they were disappointed that despite repeated call for the protection of workers sent through proposals, nothing had been done to date."We've suggested many things, from procuring bulletproof vests to installing trackers and a dashboard camera, but when we go back to check the progress, we find that nothing has been done." Mpogeng said plans implemented by the department were ineffective, as workers were being intimidated by their managers not to use them.

A Free State paramedic was shot and killed execution style and was found outside his state vehicle with the keys still in the ignition last month. IoL reports that the 48-year-old man was shot in broad daylight by people who are now on the run. According to Free State Police spokesperson Colonel Thandi Mbambo, the deceased, who was not in uniform, was identified as one of Bethlehem Emergency Medical Services personnel.
Full IoL report

Thembisa doctor dies after being tortured and stabbed