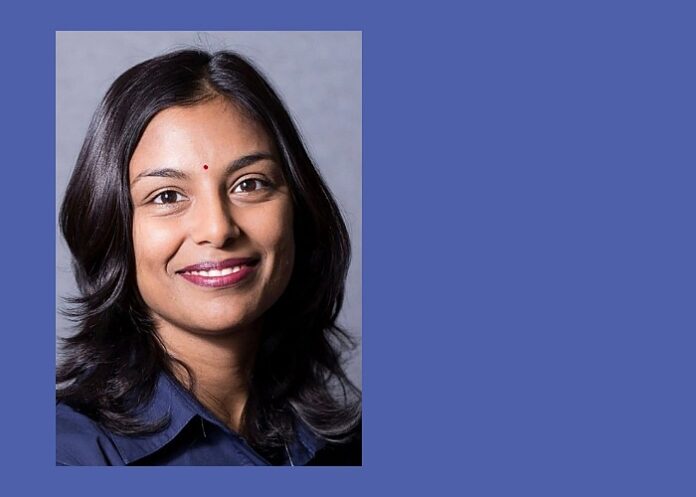 With “capable leadership and guidance”, Elvira Singh, who died on Sunday 27 February, revitalised the National Cancer Registry, eliminating the backlog that negatively affected its image as a reputable registry, write colleagues in a Daily Maverick tribute.

She also developed the first urban population-based cancer registry in South Africa, in the City of Ekurhuleni, with the first report published in 2018.

The cancer epidemiology research community in South Africa and throughout the world is devastated by the passing of our dear friend and colleague, Dr Elvira Singh.

Elvira graduated as a medical doctor from the University of KwaZulu-Natal at the end of 2000 and received her masterʼs degree in community health at Wits in April 2009, as well as her fellowship in public health from the Colleges of Medicine of South Africa in May 2009, winning the Henry Gluckman Medal for Best Candidate. She then joined the National Institute for Occupational Health as a public health specialist in January 2010.

It is said that behind every successful business is a woman, and this is particularly accurate when we look Elvira’s impact on the National Cancer Registry (NCR). A pathology-based registry was started in 1986 to collect cancer surveillance data. This flourished in the late 1990s and early 2000s.

However, with the Promotion of Access to Information Act of 2000 (PAIA), it deteriorated significantly. When PAIA came into effect pathologists in the private sector refused to participate in submitting pathology data. Only later, when the regulation made it compulsory, did they start submitting again – so, effectively we lost 10 years of data. Even today the pathology register is a paper-based register, making the submissions process very tedious.

By the time this was remedied, annual reports on cancer incidence were up to seven years behind and no substantive research was happening.

With much advocacy and lobbying from civil society and public health specialists, in 2011 the Department of Health finally passed Regulation no. 380 of the National Health Act no. 61 of 2003 to legally establish the NCR and to make cancer a reportable disease, a massive win for disease surveillance in SA.

Elvira joined the NCR in 2013, first as acting head and officially became head in April 2016.

Under her capable leadership and guidance the NCR was revitalised. Effectively dealing with the backlog that affected the image of the NCR as a reputable registry, the 2019 report was released in 2021 and the 2020 report is soon to follow. She also developed the first urban population- based cancer registry in South Africa, in Ekurhuleni, with the first report published in 2018.

Population-based cancer registration is considered the gold standard for cancer registration by the International Agency for Research on Cancer (IARC) based in Lyon, France, the cancer section of the World Health Organization (WHO). This is because pathology-based registration underestimates vital cancer diagnoses when tissue diagnoses are not available.

As many public health specialists will attest, without proper disease surveillance we cannot plan for disease management – something desperately needed for cancer prevention and control in South Africa and Africa. Elvira played a vital role in the development of cancer registration on the continent with the growth of the African Cancer Registry Network.

Her work at the NCR earned her an exceptional reputation at national, regional and international level, with cancer researchers throughout the country, the continent as well as the rest of the world mourning her loss.

In addition to her tremendous work at the NCR, Elvira developed a flourishing research career, authoring or co-authoring more than 30 peer-reviewed research publications. She was also a superb teacher at undergraduate and postgraduate level, supervising a number of masterʼs and PhD candidates.

Paul Ruff, emeritus professor of medical oncology at Wits, recalls: “I first got to know Elvira well when we were both appointed on to the Ministerial Advisory Committee on the Prevention and Control of Cancer (MACC) in 2013, positions we have both held ever since.

“As well as being a key partner and colleague on MACC, playing a critical role in advising the minister and the Ministry of Health on all matters involving cancer, including epidemiology and registration, Elvira also revitalised my own involvement with the NCR and cancer epidemiology. Her presence renewed my involvement with the NCR resulting in my spending part of my sabbatical in 2013 with her, which I will always cherish. She also was a principal investigator in my SAMRC (SA Medical Research Council) funded Common Epithelial Cancer Research Centre from 2015 to 2020.”

With these qualities, supported by her passion and commitment, she was ideally placed to advise on the governmentʼs policy and strategic approach towards cancer prevention and control. She contributed significantly to the approved National Cancer Strategic Framework; the policies for breast and cervical cancer; as well as the pending policies on prostate and lung cancer and the proposed policy on childhood and adolescent cancer.

The Department of Health viewed Elvira as a national, regional and global asset and she represented our national government at all levels with elegance and confidence. Elvira and her team achieved many milestones amid resource and other constraints.

“I admired her persistence while always being tolerant and true to herself irrespective of whether she was presenting her case for additional resources for the NCR to the minister, senior government officials or line function officials at the national and provincial departments of health,” said Sandhya Singh of the Health Departmentʼs non-communicable disease cluster.

One of her last commitments to cancer surveillance was her contribution to the landmark Percept Report, “Estimating and Projecting the Burden of Cancer in South Africa”, published with the Cancer Allianceʼs Cost of Cancer report late in 2021. She never hesitated to make meaningful contributions in a collaborative manner that could lead to equitable cancer care. She also worked closely to establish the NPO Living with Cancer #CountMeIn project – the first patient-led registry.

“We will continue to work with the NCR to fulfil Elviraʼs vision to link this patient-led cancer registry initiative. We were robbed by her untimely death of a true cancer advocate,” said Belinda Wagner, the patient survivor behind Living with Cancer.

Elvira will be sorely missed by all her colleagues in the field of cancer research and registration throughout the world, at the Department of Health, the National Institute for Occupational Health and the University of the Witwatersrand, as well as by the cancer community and, most importantly, by her family and many friends locally and internationally.

Professor Paul Ruff is Emeritus Professor of Medical Oncology, University of Witwatersrand Faculty of Health Sciences; Sandhya A Singh works in the Cluster: Non-Communicable Disease, National Department of Health; Salomé Meyer is an activist in the Cancer Alliance.