Draft UK guidelines to tackle the health burden of smoking 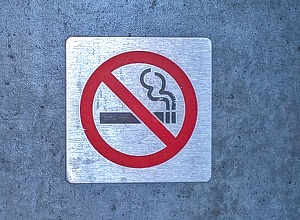 Healthcare staff in the United Kingdom should give clear and up-to-date information on e-cigarettes to people who are interested in using them to stop smoking, according to draft National Institute for Health and Care Excellence (NICE) guideline recommendations developed in collaboration with Public Health England.

In an announcement on 25 June 2021, NICE said the draft guideline is now out for public consultation until August. The full NICE announcement runs below:

The evidence shows that nicotine-containing e-cigarettes can help people to stop smoking and are similarly effective to other cessation options such as a combination of short- and long-acting nicotine replacement therapy (NRT).

The expert committee agreed that people should be able to use e-cigarettes as one of several options to support smoking cessation, if they so choose.

The draft recommendations advise that, combined with behavioural support, the option of either a combination of short- and long-acting NRT or nicotine-containing e-cigarettes are more likely to result in people successfully stopping smoking.

The draft recommendations state that people should be advised on where to find information on nicotine-containing e-cigarettes, that e-cigarettes are substantially less harmful than smoking, but that the long-term health effects of e-cigarettes are still uncertain.

People should also be advised on how to use e-cigarettes correctly and be informed that they should stop smoking completely if they decide to start using nicotine-containing e-cigarettes.

The committee also made recommendations for further research into both short and long-term health effects from e-cigarettes, and whether there are specific health effects related to e-cigarette use in certain groups such as pregnant women and young people.

The draft guideline also recommends that, in addition to pharmacological and behavioural support, pregnant women who are referred to a stop-smoking service should be offered vouchers to encourage them to stop smoking.

Vouchers should only be provided when smoking abstinence is validated by a biochemical test such as a carbon monoxide test. Providers of stop-smoking support services should ensure these vouchers cannot be used to purchase products, such as cigarettes or alcohol, that are harmful in pregnancy.

Evidence shows that this financial incentive approach is both effective and cost effective, and that voucher incentives are seen as acceptable to many pregnant women and healthcare providers. For every 1,000 pregnant women offered vouchers, an additional 177 mothers would stop smoking.

Dr Paul Chrisp, director of the NICE Centre for Guidelines, said: “These draft guideline recommendations are a renewed effort to reduce the health burden of smoking and to encourage and support people to give up smoking.

“Smoking continues to take a huge toll on the health of the nation and accounts for approximately half the difference in life expectancy between the richest and poorest in society. It is therefore vitally important that we reduce the level of smoking in this country.

“We know that around 10% of women are known to be smokers at the time of giving birth and, given the significant health effects of smoking on both mothers and babies, it is clear that further efforts are required to encourage this group to give up smoking.

“We need to use every tool in our arsenal to reduce smoking rates, including education, behavioural support, financial incentives, and e-cigarettes if people are interested in using them. Combined, we hope that people who smoke will feel enabled to give up tobacco products once and for all.”

Rosanna O'Connor, Director for Drugs, Alcohol, Tobacco and Justice at Public Health England, said: “This new guidance offers a welcome ‘how-to guide’ for reducing the harm caused by smoking including helping smokers to quit and preventing a new generation of smokers from starting. This consultation is an important opportunity for all our partners to help shape these recommendations.”

There are currently no medicinally licensed e-cigarettes. E-cigarettes that contain or could contain nicotine in the form of e-liquid are covered under the Tobacco and Related Products Regulations 2016 and need to be notified to the Medicines and Healthcare products Regulatory Agency.

Other devices such as disposable e-cigarettes that do not contain nicotine, and 0% nicotine e-liquids, are regulated under the General Product Safety Regulations 2005.