Fourfold more US soldiers commit suicide than die in combat 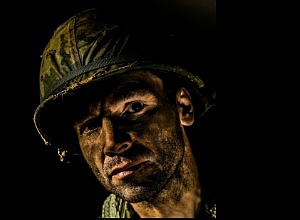 Since 9/11, four times as many United States service members and veterans have died by suicide than have been killed in combat, reports NBC News.

The research, compiled by the Costs of War Project at Brown University, found an estimated 30,177 active duty personnel and veterans who have served in the military since 9/11 have died by suicide, compared with 7,057 killed in post 9/11 military operations. The figures include all service members, not just those who served in combat during that time.

Most of the deaths are among veterans, who account for an estimated 22,261 of the suicides during that period.

“The trend is deeply alarming,” the report says. “The increasing rates of suicide for both veterans and active duty personnel are outpacing those of the general population, marking a significant shift.”

The Department of Veterans Affairs (VA) releases information on deaths by suicide, but it does not distinguish by conflict. The report’s author, Thomas “Ben” Suitt III, took the VA data and estimated the total number of veteran suicides based on their ages and other factors.

Suitt said the number 30,177 is probably well below the actual number of suicides for active duty and veterans. He believes one of the reasons the numbers continue to climb is indifference by the American public.

Other factors include the increase of improvised explosive devices causing more traumatic brain injuries, post-traumatic stress and other medical and emotional factors connected to suicidal ideation, he said, adding that his research found that some service members may not get the medical treatment they need, making them more vulnerable to suicidal behaviour.

“There was a sense that an active service member would rather lie on a screening to be able to stay in the military,” he said. “If they have a traumatic brain injury but no other physical injuries, they downplay the injuries to stay in their career.”

His research found that some service members felt they would lose their sense of identity by being discharged early for a medical issue and they “would do anything to avoid leaving the military”.

A Defence Department spokesperson said it takes a "comprehensive approach" to suicide prevention.

"Every death by suicide is a tragedy," the spokesperson said. "Over time, suicide deaths have increased in the broader US general population. Our service members are not immune to trends that occur in society. Two of the most at-risk groups for suicide in this country are males and younger individuals, and the military heavily comprises young males."

“Veteran suicide remains a challenging and heartbreaking issue and VA is fully committed to working in partnership with federal, tribal, state, and local government to find innovative ways to reduce suicides and deliver expedient care to those in need,” said VA press secretary Terrence Hayes.

Prazosin no better than a placebo for PTSD – US Veterans Affairs

Risk factors for suicide over a lifetime — systematic review

100% COVID vaccination rate is possible without coercion or incentives