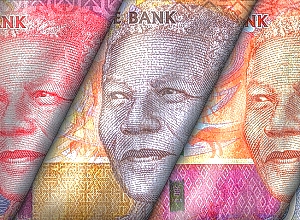 The Eastern Cape government is seeking to freeze R364m in medical negligence awards, as well as to stay any orders and writs against Eastern Cape Health, in an application before the Eastern Cape High Court (Makhanda) for an interim order against 21 legal firms and 41 successful litigants.

Daily Dispatch reports that Treasury head Daluhlanga Majeke said if the tide of medico-legal payouts was not stemmed, the provincial health department would face total collapse, compromising the little capacity it has left to deliver services. In his 260-page affidavit, Majeke spells out in detail the consequences of the department’s imminent collapse, many of which are already being felt in clinics, hospitals and communities across the province.

The Daily Dispatch report says it also wants the court to direct that once the department pays out litigants an initial amount of R500,000, lawyers acting for them may not claim more than 25% of that amount in legal fees. It wants the government’s banker, Absa, to be ordered not to pay out a cent against any writ in medico-legal cases for at least 240 days. In the meantime, the department would try to negotiate payment agreements with successful litigants to pay out their damages in instalments over five to eight years.

It wants these interim measures in place pending a final application that it will seek in terms of which it wants the court to grant the department a year’s grace between a damages award of anything over R500,000 and any litigant being allowed to seek any form of enforcement proceedings against it.

The health department owed R4bn in judgment debt that it did not have. After salaries it only had R3.4bn available to render public healthcare services for this financial year.

The 41 respondents in the application — most of whom are parents or guardians of children who suffered birth injuries caused by hospital negligence — are owed a total of R346m in damages. But the department wants the interim and final relief it seeks to apply against all past and future litigants and their lawyers.

Majeke says if the current trajectory of claims and payments continued they would have to pay out at least R1bn in writs this year alone “and substantially more if a considerable portion of the hundreds of medico-legal claims” it faced were finalised quickly.