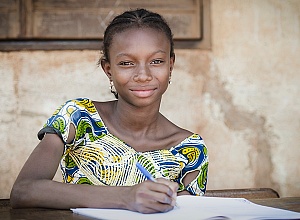 More than three-quarters of teenage girls in two Eastern Cape schools were found to have the human papillomavirus (HPV), a study by the National Health Laboratory Services and Nelson Mandela Academic Hospital, has found.

According to the study, published in the PLOS One, young girls who consumed alcohol were almost three times more likely to have HPV infections compared with their non-drinking counterparts, and researchers believe this is due to high-risk sexual behaviour.

The current prevalence was higher than the 68% HPV prevalence among HIV-negative young women (aged 16-24) in the Western Cape, and the 65% reported in Gauteng.

Researchers also detected more multiple HPV infections than single HPV infections in the 2019 study. About 32% of study participants had a sexual debut at 16, with 54% reporting having multiple sexual partners. At least 35% didn’t use condoms and 32% didn’t use contraceptives. None of the girls who participated in the study had received the HPV vaccine, which was introduced in schools in 2014, as they were too old when the vaccination programme was introduced to nine-year-old girls.

HPV is the most common sexually transmitted virus, with its peak prevalence observed in adolescents and young women soon after sexual debut and decreasing with increasing age in women. HPV prevalence (both low and high-risk) ranges between 44% and 85% among South African adolescents and young women (15-25 years). Compared with HIV-negative individuals, HIV- positive women are more likely to be infected by HPV and co-infected with multiple HPV types, persistent infection and reactivation, and are at risk of developing HPV-associated cancers later in life.

Cervical cancer is the second most common cancer in South African women, and black women are particularly at risk.

HPV 16 and 18 strains, which are responsible for almost 70% of cervical cancers, were detected in 20.66% of girls. The two strains are covered by two HPV vaccines, Cervarix and Gardasil, which are registered in South Africa. But the schools vaccination programme, which is rolled out among nine-year-old girls, largely uses Cervarix, while Gardasil is mainly used in the private sector.

Gardasil also prevents HPV 6, 11, 16, 18, 31, 33, 45, 52 and 58, which are responsible for genital warts, found in 37% of girls. The statistic is similar to that in previous studies in the Western Cape and Gauteng. Researchers argued that Gardasil should be more widely used as it offered protection to more HPV strains. HPV-35, known to be common in African-ancestry women with cervical cancer, was common in at least 9.4% of study participants. High-risk virus strains such as HPV- 59, 61 and 62 were also found to be the most prevalent types among study participants.

Lead researcher Zizipho Mbulawa noted that the study was conducted in only two communities, which do not represent the population of the Eastern Cape, “and cannot be generalised”. “Despite these limitations, the information reported remains essential for this province and SA as there is limited HPV information on this population,” she said.

“There are few chances that the participants could have received the HPV vaccine during the national school HPV vaccination programme or elsewhere. However, the possibility of receiving the HPV vaccine is not completely ruled out because the vaccines were available in the country.

“The high prevalence of HPV types targeted by the Gardasil vaccine encourages the introduction of the Gardasil vaccine. It is envisaged that these results will contribute to HPV baseline data among adolescents and young women of Eastern Cape and will be used to evaluate the effect of HPV vaccination. Research or surveillance projects to monitor HPV prevalence and distribution among HPV vaccinated and unvaccinated adolescents and young women are necessary to monitor the effect of HPV vaccination in SA.”

As part of the human papillomavirus (HPV) vaccination strategy in South Africa, it is essential to have information on HPV prevalence, and HPV types distribution among the unvaccinated population. Information on the prevalence of HPV and the distribution of HPV types in adolescents and young women in South Africa’s Eastern Cape Province is minimal. Therefore, this study investigates the prevalence, distribution of HPV types, and factors associated with HPV infection amongst unvaccinated female learners. A sample composed of 213 sexually active female learners attending high schools in the Eastern Cape Province of South Africa; median age 18 years, who provided self-collected vaginal specimens. Roche Linear Array HPV genotyping assay that detects 37 HPV genotypes was used to detect HPV infection. HPV infection was detected in 76.06% (162/213) of participants. Of these 14.55% (31/213) were positive for HPV types targeted by the Cervarix® HPV vaccine (HPV-16 and/or 18), 20.66% (44/213) by Gardasil®4 (HPV-6, -11, -16 and/or -18) and 37.09% (79/213) by Gardasil®9 (HPV-6, -11, -16, -18, -31, -33, -45, -52 and/or -58). HPV-35, commonly detected in cervical cancer cases among women of African ancestry, was frequently detected (9.40%). Participants who reported to have ever consumed alcohol had a significantly higher risk of HPV infection (OR: 2.91, 95% CI: 1.38–6.11, p = 0.005). High HPV prevalence was observed among participants. The high prevalence of HPV types targeted by the Gardasil®9 vaccine encourages the introduction of the Gardasil®9 vaccine. Data from this study will inform both vaccination campaigns and monitor the impact on HPV types after vaccination.

Participants of this study were recruited from grade 8 to 12 learners who participated in the HPV education intervention study conducted between April and May 2019 in two high schools in Chris Hani District Municipality of the Eastern Cape. The participating schools belong to quintile one (no-fee paying schools) South African Department of education quintile ranking. The high schools were randomly selected. After HPV education intervention, females (≥15 years, regardless of sexual history status) were invited to the nearest primary care facilities where the study was conducted. Participants received information on study procedures, objectives, and other important information. After which, they responded to closed-ended questionnaires enquiring about their demographics, sexual practices, contraceptive use, smoking habits, and alcohol consumption. Questionnaires were self-administered while the researcher was reading out questions and explaining where necessary. Pre and post-HIV counselling, rapid HIV tests were conducted by a qualified clinic staff member or HIV lay counselor. All participants with a positive HIV test had necessary follow-up according to the Health Department’s protocol guidelines.

High HPV prevalence was observed among high school female learners. The high prevalence of HPV types targeted by the Gardasil®9 vaccine encourages the introduction of the Gardasil®9 vaccine. It is envisaged that these results will contribute to HPV baseline data among adolescents and young women of Eastern Cape Province and will be utilised to evaluate the impact of HPV vaccination. Research or surveillance projects to monitor HPV prevalence and distribution among HPV vaccinated and unvaccinated adolescents and young women are necessary to monitor the impact of HPV vaccination in South Africa.