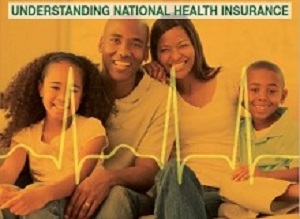 As much as the country is currently focused on the crisis in Eskom, the nation seems to have lost sight of the looming National Health Insurance (NHI) fund, which will be twice the size of the failing power utility in financial terms, writes Johann Serfontein, a member of the Free Market Foundation healthcare policy unit in Business Day.

He writes that the state of the nation address and recent launch of the presidential health summit report has only added to the uncertainty surrounding the NHI model and is still failing to address pragmatic issues surrounding the funding of the behemoth, such as what it will cost and how the state will render services within the NHI context.

President Cyril Ramaphosa said in the address that “by introducing the NHI, together with a multi-pronged quality improvement programme for public health facilities, we are working towards a massive change in the health-care experience of South Africans.”

At the presidential summit launch, Health minister Dr Aaron Motsoaledi expanded on that, saying this “war room” would bring together key departments to address the crisis in the public health system while preparing for the implementation of NHI. “We are guided by the insight that improving the health system and introducing NHI are two sides of the same coin and are mutually reinforcing.”

However, writes Serfontein, the draft NHI Bill states quite clearly that the NHI fund will only contract with facilities accredited by the Office of Health Standards Compliance (OHSC). He says this creates ambiguity, as the last OHSC inspection results indicated that only six of 696 inspected public facilities passed quality inspections. This would leave 690 facilities unable to contract with the NHI fund or deliver services to South African citizens within an NHI environment.

Serfontein writes that these inspection results may or may not reflect the situation in the other 2,600 state facilities that were not inspected in 2017, but if similar quality prevails in these there would be 30 public clinics and hospitals qualifying to contract with the NHI fund and render NHI services. It is therefore inconceivable that NHI can be implemented without a radical, comprehensive quality improvement programme in the public health sector preceding it. He says it makes little sense to indicate that these processes will run in parallel, as this would create a major shortage of state health services available to public health users.

Serfontein point out that these illogical comments reaffirm what industry experts have been suspecting for quite some time – that the current flurry of NHI-related rhetoric is all about political gain for the upcoming elections. Cosatu has also not given the proposed policy sufficient scrutiny, or there would have been as much opposition to NHI as there is to the current proposal to split Eskom into three. The only way to fix the public health system is to start introducing competent management at all levels. This would mean getting rid of entrenched union members.

Further to this, Serfontein says, the NHI fund will be taking over a host of provincial health functions and allocated funding. All hospitals currently falling under provincial authority will either be reimbursed directly by the NHI fund or via the district contracting unit for primary health care. In the absence of service-related funding flows to provinces, one has to wonder how many administrative posts will be culled in the various provincial health departments as a result of this new funding arrangement.

Serfontein writes that there is also the question of job losses in provincial clinics and hospitals that do not qualify to contract with the NHI fund. The employees will no longer be employed by the province but by the individual health-care facility. The funding flow to such facilities will be wholly dependent on service delivery to the NHI. Failure to contract with the NHI based on quality criteria will leave no money available to pay salaries of employed professionals and administrative staff in such clinics.

The World Bank gave South Africa a score of 69% for universal health coverage (UHC) in 2016. This was based on the system in 2010, when there were still R20 co-payments for low-income earners at state facilities. This has subsequently fallen away, improving the UHC score and providing free access to state services.

The remaining unaddressed aspect was lack of quality, writes Serfontein. Improving the current public sector quality would probably rank South Africa higher on UHC than the 76% Estonia gets for their single-payer, state-run health system.

He says that it raises the big question of whether the government goal is to provide free access to quality health services for all, or simply to get rid of the two-tier system through NHI implementation, irrespective of the catastrophic employment consequences.