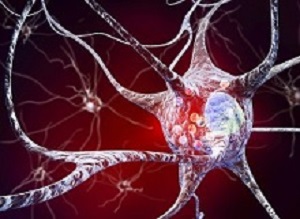 People with Parkinson’s disease have been fitted with an implant that can deliver drugs directly to the brain through a port in the side of their head, in a pioneering study. The Guardian reports that the device was used to send a naturally occurring protein, which it is hoped may help restore cells damaged by the disease, to an affected part of the brain.

The results of the trial offer hope to patients with Parkinson’s, the researchers say. Meanwhile, the effectiveness of the delivery system suggests it could offer new ways of treating brain tumours, strokes and other degenerative conditions.

The report says a total of 41 people underwent robotic surgery to have four tubes placed in their brains as part of the study, funded by Parkinson’s UK and carried out in association with North Bristol NHS Trust. The system allowed a protein, glial cell line-derived neurotrophic factor (GDNF), to be sent to the affected part of the brain with pinpoint accuracy. Half of the group received monthly infusions of GDNF over a period of nine months, while the other half received placebo infusions. All participants were then offered a nine-month course of GDNF.

Both groups of patients showed improvements in their symptoms after nine months, particularly those who had received GDNF, but there was no significant difference between the two.

After 18 months, when all patients had received GDNF, both groups showed moderate-to-large improvements in their symptoms, with many becoming more active and taking up pursuits such as cycling. However, the brain scans of patients who received the protein showed signs of improvement after the first stage of the trial, the researchers said.

Principal investigator, Dr Alan Whone, at translational health sciences, Bristol Medical School, University of Bristol and North Bristol NHS Trust, Bristol said patients had on average been diagnosed eight years previously but the scans showed images that would be expected two years post-diagnosis. “We’ve shown with the Pet (positron emission tomography) scans that having arrived, the drug then engages with its target, dopamine nerve endings, and appears to help damaged cells regenerate or have a biological response,” Whone said.

The report quotes Whone as saying that the improvement in brain scans was “beyond anything seen previously in trials of surgically delivered growth-factor treatments for Parkinson’s. Its failure to produce the same effect on symptoms could be for a number of reasons. It may be that the effects on symptoms lag behind the improvement in the brain scans, so a longer double-blind trial may have produced a clearer effect. It’s also possible that a higher dose of GDNF would have been more effective, or that participants at an earlier stage of the condition would have responded better.”

Professor Steven Gill, the neurosurgeon who designed the implant, said it was the first time it had been used in a trial. He believes the technology could be used to administer chemotherapy to brain tumour patients or to test new drugs for Alzheimer’s and stroke patients.

“This trial has shown that we can safely and repeatedly infuse drugs directly into patient’s brains over months or years through a small implanted port that emerges through the skin behind the ear,” Gill said in the report. “This is a significant breakthrough in our ability to treat neurological conditions such as Parkinson’s because most drugs that might work cannot cross from the bloodstream into the brain due to a natural protective barrier.”

Professor Roger Morris, of King’s College London, said: “The system developed for use here has been proven safe in practice over 80 weeks, which is a remarkable achievement. If intra-brain perfusion can be safely achieved for long-term drug delivery inside the brain, the range of medication that can be used to combat brain diseases – stroke and cancer as well as neuro-degeneration – will be massively expanded.”

Abstract
Background: Intraputamenal glial cell line-derived neurotrophic factor (GDNF), administered every 4 weeks to patients with moderately advanced Parkinson’s disease, did not show significant clinical improvements against placebo at 40 weeks, although it significantly increased [18F]DOPA uptake throughout the entire putamen.
Objective: This open-label extension study explored the effects of continued (prior GDNF patients) or new (prior placebo patients) exposure to GDNF for another 40 weeks.
Methods: Using the infusion protocol of the parent study, all patients received GDNF without disclosing prior treatment allocations (GDNF or placebo). The primary outcome was the percentage change from baseline to Week 80 in the OFF state Unified Parkinson’s Disease Rating Scale (UPDRS) motor score.
Results:: All 41 parent study participants were enrolled. The primary outcome decreased by 26.7±20.7% in patients on GDNF for 80 weeks (GDNF/GDNF; N = 21) and 27.6±23.6% in patients on placebo for 40 weeks followed by GDNF for 40 weeks (placebo/GDNF, N = 20; least squares mean difference: 0.4%, 95% CI: –13.9, 14.6, p = 0.96). Secondary endpoints did not show significant differences between the groups at Week 80 either. Prespecified comparisons between GDNF/GDNF at Week 80 and placebo/GDNF at Week 40 showed significant differences for mean OFF state UPDRS motor (–9.6±6.7 vs. –3.8±4.2 points, p = 0.0108) and activities of daily living score (–6.9±5.5 vs. –1.0±3.7 points, p = 0.0003). No treatment-emergent safety concerns were identified.
Conclusions: The aggregate study results, from the parent and open-label extension suggest that future testing with GDNF will likely require an 80- rather than a 40-week randomized treatment period and/or a higher dose.