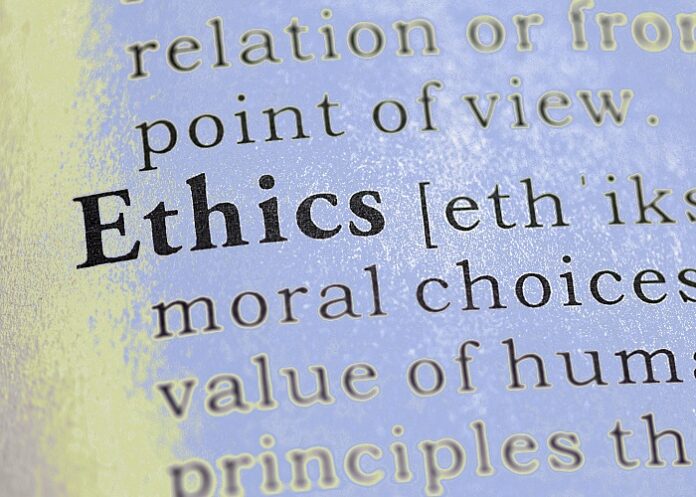 Being registered as a health practitioner under the Health Professions Act of 1974 confers certain rights and privileges. Corresponding to these rights and privileges are the ethical duties a health practitioner owes to individuals and society, write Donald Dinnie, director, and Rethabile Shabalala, associate designate, of legal firm Norton Rose Fulbright.

In light of the recent developments regarding COVID-19 vaccinations, it is worthwhile to revisit the various ethical duties imposed on health researchers in South Africa. The Health Professions Council of South Africa (HPCSA) provides general ethical guidelines for health researchers, which are supported by the Constitution, legislation, the Department of Health’s Ethics in Health Research: Principles, Structures and Processes, the South African Medical Research Council’s Guidelines for Ethics in Medical Research and the Declaration of Helsinki.

The core ethical values and standards required in health research are underpinned by a number of basic principles, namely:

(1) Best interests or well-being of others: this entails the minimisation of risks and harm to research participant. It also requires upholding the ideal that the benefits of the research must outweigh the risks to the research participants. Furthermore, research that involves human participants should seek to improve the human condition.
(2) The principle of respect for persons: this entails upholding the principles of autonomy and confidentiality.
(3) Distributive justice (equality): this means that there should be a fair balance of risks and benefits among all role-players involved in research, including participants, participating communities and the broader South African society. Therefore advancing the principle of equality in the research context.

These ethical guidelines and principles impose certain duties on health researchers. A duty is an obligation to do or refrain from doing something. These duties relate to participants/patients, society, colleagues and other healthcare professionals, and extends to animals and the environment.

There is, of course, always the duty to act in the best interests of the research participants. The duty to respect research participants also means respecting their privacy and dignity. We refer to the case of NM v Smith 2007 (5) SA 250 (CC) which evidences how the court interprets this particular duty. In this case the names of the names and HIV status of the three applicants were published in a biography. The Constitutional Court confirmed that in view of the stigma attached by the community to HIV, and the discrimination and intolerance following the disclosure of a person’s HIV status, people should be protected by law against gratuitous disclosure of such status. Madala J stated that:

“The affirmation of secure privacy rights within our Constitution may encourage individuals to seek treatment and divulge information, encouraging disclosure of HIV that has previously been hindered by fear of ostracism and stigmatisation. The need for recognised autonomy and respect for private medical information may also result in the improvement of public health policies on HIV/Aids.”

In the case of Venter v Roche Products, the court had to determine what type of compensation a research participant would be entitled to in a clinical trial after signing an informed consent document excluding certain forms of compensation. In this case, the court had to consider whether the plaintiff, Mr Venter, was entitled to claim for non-medical costs such as pain and suffering, loss of income and general damages, even though the informed-consent document expressly excluded such claims.

Venter was a voluntary research participant in an international medical trial partly conducted in South Africa relating to cancer medication for the treatment of colon, breast and lung cancer. That medication was to be evaluated for efficacy and safety in patients whose cancer had not yet spread to other parts of the body. He sued the respondent (as first defendant) and Dr L Gouws & Partners Incorporated, an oncology practice, (as second defendant) for damages flowing from the perforation of his bowel after the administration to him of medication forming part of the trial.

The court dismissed Venter’s application for damages on the basis that he had voluntarily agreed to the limited compensation plan detailed in the informed consent form, which he had signed and which had been approved by both the local RECs (Research Ethics Committees) and the Medicines Control Council. The court also found that the terms of the informed consent form had been thoroughly and sufficiently explained to Venter before he agreed thereto.

This should stand as a firm reminder to both the research participants and RECs that where a participant has signed an informed consent form limiting their rights, they will not be able to claim for damages falling outside the scope of that agreement. This places an important obligation on RECs to ensure they carefully review compensation clauses in informed-consent documents and that these are made clear to potential research participants before engaging in the research.

The National Health Act 61 of 2003 contains detailed provisions relating to the keeping of patient records by hospitals and other ‘‘health establishments’’. i.e Section 13 – the obligation to keep records; section 14 – on confidentiality of patient information; section 17 – protection of health records.

In the case of Tshabalala-Msimang v Makhanya [2008] 1 All SA 509 (W), the provisions of the National Health Act 61 of 2003 and in particular section 17 were applied to protect the patient’s right to privacy in respect of her healthcare records.

The then health minister was admitted to a private hospital for treatment during 2005. The respondents (editor, journalist, owner and publisher of the Sunday Times) published an article in the newspaper titled, “Manto’s Hospital Booze Binge”, detailing the minister’s medical treatment in the hospital. It was alleged that she abused her power in the hospital, and that she overindulged in alcohol while on heavy medication, and also transgressed some hospital rules. The minister claimed that the statements were either defamatory or invasive of her right to privacy and dignity. In light of the fact that she had not authorised the hospital to release her medical records to anyone, it was later concluded that the records were stolen from the private hospital. As such, the minister and the hospital jointly approached the court to, inter alia, order that the minister’s health records, which were in possession of the respondents, be returned to the applicants.

The minister contended that the respondents contravened section 17 of the National Health Act 61 of 2003. The court considered the provisions of sections 14 to 17 of the Act, and found that it was clear that in terms of the National Health Act the medical records of a person are private and confidential. Generally speaking, where a person acquires knowledge of private facts through a wrongful act of intrusion, any disclosure of such facts by such person or by any person, in principle, constitutes an infringement of the right to privacy.

The court said the following on the reason why medical information should be regarded as confidential:

“The reason for treating as confidential the information concerning a user, including information relating to his/her health status, treatment, or stay in a health establishment, is not difficult to understand. The confidential medical information invariably contains sensitive and personal information about the user. This personal and intimate information concerning the individual’s health reflects sensitive decisions and the choices that relate to issues pertaining to bodily and psychological integrity as well as personal autonomy. Section 14(1) of the National Health Act imposes a duty of confidence in respect of information that is contained in a user’s health record. This is simply because the information contained in the health records is information that is private. Confidentiality is regarded as so important, that the National Health Act makes breaching thereof punishable under certain circumstances:

"In terms of the Constitution, as well as the National Health Act, the private information contained in the health records of a user relating to the health status, treatment or stay in a health establishment of that user is worth protecting as an aspect of human autonomy and dignity. This in turn includes the right to control the dissemination of information relating to one’s private medical health records that will definitely impact on an individual’s private life as well as the right to the esteem and respect of other people.”