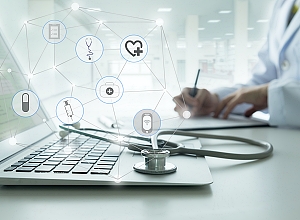 The patient must be provided with sufficient information to enable him or her to make an informed decision, in relation to the treatment proposed by their healthcare practitioner, Naidoo, a senior associate in the firm, told a recent  medical ethics seminar.

She added that medical practitioners must ensure they complete an informed consent form for every patient, signed by both parties. “This serves as evidence that all requirements, for all intents and purposes of obtaining informed consent, have been met.”

Naidoo said practitioners are often faced with large amounts of time-consuming paperwork and admin. One of the reasons provided by healthcare practitioners for not keeping contemporaneous patient records is that there simply is not sufficient time. They are faced with large amounts of paperwork and admin on a daily basis and are required to attend to their patients simultaneously.

Their main focus is obviously their patients. Some healthcare practitioners are of the view that they are unlikely to receive a complaint or have a medical malpractice claim instituted against them. It is therefore important to look at the case law which deals with patient record keeping.

In ARB v IVF Hammersmith and R, an England Appeal Court held that a father’s claim against a clinic for breach of contract relating to damages suffered as a result of raising his child – who was born by IVF to his estranged wife without his consent – were not recoverable due to legal policy.

The child was conceived via IVF from embryos (created with the gametes of the separated couple) stored at the clinic. The father instituted action against the clinic on the basis that the mother had forged his signature on the consent forms, resulting in the clinic staff implanting a frozen egg into her. He claimed that the procedure was carried out without his written informed consent.

The court considered various factors – including fraudulent misrepresentation of his signature, the contract entered into between the parties, and the father’s failure to inform the clinic of the changes in his relationship with the mother, which had resulted in him being contributorily negligent. The court also took considered public and legal policy issues surrounding the father’s claim.   It was held that the clinic was subject to strict liability, and had breached its obligations towards the father by performing a procedure without obtaining his written informed consent.

It was held that the clinic was subject to strict liability, and that it had breached its obligations towards the father by performing a procedure without obtaining his written informed consent. The father’s appeal against the court’s decision, for damages resulting from the birth of the child without his consent, however failed. This, despite the court’s satisfaction with his evidence that he had no intention of procreating with the mother of the child.

The court applied principles concerning legal policy, which illustrated the difficulty involved in attempting to measure the loss suffered, the unwillingness on the part of the parent to regard the child as a financial liability, the refusal to offset the benefits derived from parenthood from its financial-liability obligation, and the moral and ethical considerations associated with allowing such a claim. The judgment is a stark reminder to healthcare professionals and establishments to ensure that the identity of the patient is confirmed and the informed consent of the patient obtained in writing before any procedure is undertaken. Healthcare professionals and establishments should also ensure that terms and conditions of admission to a healthcare establishment, or for the rendering of services, exclude any liability arising due to dishonesty of a patient (in this case the mother).

Naidoo said that South African courts have, in general, been more accommodating of wrongful birth claims than the English courts.

In a second instance, North West surgeon Dr Samuel Smith's detailed motivation to a patient's medical scheme for keyhole surgery, instead of the riskier open surgery, finally tipped the legal scales in his favour after two years of litigation. The Supreme Court of Appeal dismissed a negligence claim that there had not been informed consent and that Smith had not explained the risks of the procedure. The lesson for doctors was for them to keep notes proving how they explained the risks to the patient, which was likely to reduce the probability of lengthy legal battles.

The patient, Rabia Beukes, had a laparoscopy to repair a hernia after she sought help for abdominal pain. Beukes alleged that during the surgery her colon was perforated and she developed sepsis, which resulted in her being hospitalised for two months for further treatment. She alleged that this was due to the doctor’s negligence and that she would have chosen a different procedure if he had informed her of the risks associated with keyhole surgery. According to Beukes, the doctor did not provide her with any information relating to the options available to her; nor did he inform her of the risks and benefits associated with each option.

However, both the High and Supreme Courts held in favour of Smith. It was held that the doctor must have explained the risks to Beukes, which was evident from the detailed letter he wrote to her medical aid motivating the funding of her keyhole surgery instead of the riskier open surgery. Smith was fortunate that despite not keeping contemporaneous medical records, which could prove that informed consent was in fact obtained, the court held in his favour by taking into consideration the letter he had penned to Beukes’ medical aid. “This judgment highlights the importance of keeping clearly and accurately written medical records [within each patient’s folder],” said Naidoo. “Medical records serve as evidence of professional competence and ignorance in cases where it is the patient’s word against the healthcare practitioner’s.”

What HPCSA guidelines state about informed consent how it must be obtained from a patient. These include:

• An actual discussion with the patient, during which he or she is provided with information about their condition. The amount of information depends upon the nature of the condition, the complexity of the treatment or procedure being recommended, the risks associated with this, while also taking into consideration the patient’s wishes;

• The patient being informed of the treatment options available. For example, whether medication is recommended and what the different options are; or if surgery is recommended; whether there is an alternative for the patient’s specific condition; plus possible benefits and side-effects associated with the recommended medication and/or surgical procedure;• The healthcare practitioner recommending which medication or form of treatment, in his/her opinion, would benefit the patient most – taking into consideration the patient’s condition, medical history and the outcome to be achieved;

• An assessment of the costs associated with the recommended treatment, medication or procedure; and

• That the patient is provided with the opportunity to ask any questions.

The practitioner is required to inform the patient of the risks and adverse side effects of each option (surgery, other treatments, medication); along with the benefits of each.

Naidoo said withholding information is not helpful when faced with a situation where the patient may not be able to afford a particular option. This may be due to a lack of funds or because their medical scheme may not provide cover for a particular option. However, it is the patient who is required to make the decision on which options they prefer, so it remains the healthcare practitioner’s duty to inform the patient of all possible options. It may still be possible for the patient, for example, to source the required funds from a friend or relative.