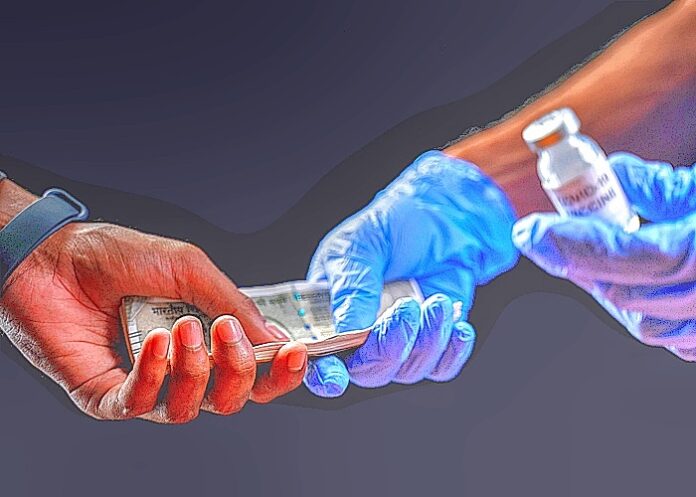 Every single sector that presented during the public hearings on the the National Health Insurance Bill expressed concerns over corruption, found an analysis by researchers from the SA Medical Research Council, Clinton Health Access Initiative and the universities of the Western Cape and Cape Town.

Geetesh Solanki, Neil Myburgh, Stephanie Wild, Judith Cornell and Vishal Brijlal, in the second in a series looking at submissions made on different aspects of the Bill, write in Daily Maverick:

By February 2022 the Portfolio Committee on Health, a National Assembly committee established to oversee the work of the Department of Health, had heard oral presentations on the NHI from 117 individuals, organisations and institutions.

Information from the presentations was collated by the Parliamentary Monitoring Group. Researchers from the South African Medical Research Council, Clinton Health Access Initiative and universities of the Western Cape and Cape Town analysed this information.

This article sets out to determine what the committee could take from these diverse public inputs on corruption and how it could inform its deliberations on the Bill before it goes to the National Assembly.

All 117 submissions were searched for concerns about corruption, which troubled more than half (56%) of respondents. A total of 43% were “silent” on corruption, while 2% felt it was not a concern. Every sector mentioned corruption. Only the private provider and state-related sectors had a minority expressing concern.

Few respondents held the view that corruption was not a concern or that sufficient safeguards were in place to manage it.

The ANC said “systems and processes that mitigate corruption are in place”. The Government Employees Medical Scheme (GEMS) felt confident that corruption would be kept in check because section 20(2)(e) of the Bill would establish an investigating unit within the national office of the National Health Insurance (NHI) fund for the purpose of investigating fraud, corruption and other criminal activities.

GEMS felt the narrative that state-owned enterprises are always run badly was not true and that GEMS was an example of a well-run state institution.

Most respondents said that corruption threatened NHI capacity to meet its stated objectives. The Collaboration for Health Systems Analysis and Innovation argued that “recent experience makes clear that the threat of corruption and misuse of health funds is a very real threat to the NHI and therefore to the health and well-being of everyone”.

The Democratic Alliance said “public healthcare institutions have suffered from a culture of corruption and incompetence, which has led to poor management, underfunding, understaffing, a loss of skilled staff and deteriorating infrastructure”.

Respondents highlighted five features that put the NHI at risk of corruption: the governmentʼs lack of will and poor track record, lack of detail on prevention measures, increased opportunities for corruption, weak governance arrangements and inadequate safeguards.

Lack of political will

AfriForum commented that the “government has demonstrated a clear lack of will to put an end to the systemic corruption plaguing all governmental sectors… This rampant culture of corruption will simply bleed the potential NHI fund dry”.

Counselling Psychology South Africa said “while the president has indicated that NHI funds will be closely guarded, the Auditor-General’s findings into the Department of Health, among others, potentially suggest otherwise… the loss of funds [to corruption] also seems to be accompanied by a lack of accountability. Where qualified audits are issued little disciplinary, criminal investigation or sanction seems to follow.”

Section 27 and the Treatment Action Campaign said the Bill “lacks detail on the prevention of corruption [which] renders health more vulnerable to corruption”.

The South African Dental Association said “the NHI will essentially become a state-owned entity with an annual budget that could top R450bn. These wide-ranging powers will create a ‘capturable’ governance structure. To date, no minister has been held to account for State Capture. What will be different here?”

The Institute of Race Relations thought the “NHI will bring increased fraud and corruption”.

The DA was concerned that “over R200bn will be vulnerable to theft, lack of oversight and accountability”. The Western Cape government argued that vesting so much strategic purchasing power in one entity would make the NHI fund a target for corruption.

The South African Human Rights Council argued that “the NHI in its current form is complex and offers myriad opportunities for corruption and looting, particularly in areas where contracts are entered into”.

Section 27 and Concentric Alliance were concerned about how existing and proposed governance systems would engage, saying the Bill “concentrates too much power in the hands of the minister of health without providing the necessary oversight over the planned massive resources of the NHI”.

This concern was shared by UCT’s Faculty of Health Science, the Peopleʼs Health Movement, the Health Funders Association and the Helen Suzman Foundation.

Cosatu said “the biggest contentious issue around the NHI is around the capability of the state to manage the NHI fund as well as the protection of the fund from unethical and unlawful practices in relation to the fund”. The DA, the FW de Klerk Foundation and the South African Medical Association agreed that, although they “endorse the envisaged corruption-fighting investigating unit [clause 20(2)e], it will be ineffective if the corruption develops within the NHI fund itself, as the unit will be unable to confront corruption from within”.

Mutual financial services company PPS and several other bodies felt that “without fixing the issue of corruption no system will be sustainable”, implying that the NHI should not be considered until corruption and other concerns are addressed.

There were broad recommendations for managing corruption. The South African Communist Party argued that “the NHI fund must have inbuilt mechanisms to fight corruption. This should include efforts to ensure greater transparency and accountability, including in the use of public funds and ensuring they are directed to those who need them most”.

Greater clarity was requested. The Psychological Society of South Africa called for clarification on the role of provincial departments relative to the Health Ministry, mechanisms the minister would use for NHI expenditure control, and the Health Ombud’s role.

Stellenbosch University sought clarity on the “fit and proper person” requirement for board members.

Accountability to Parliament, not minister

There were some specific recommendations. The South African Medical Research Council, UCT’s Faculty of Health, Icon Oncology and others proposed that the fund should be accountable to Parliament, not the minister, and the ministerʼs powers should be reduced. The Health Products Association of Southern Africa recommended “Parliament should play an oversight role like it does with other Chapter 9 institutions”.

The issues related to direct government oversight and the role of the Minister of Health are complex and have been examined elsewhere.

On the appointment of the board, Momentum recommended using a judicial panel, while Business Unity South Africa advocated a parliamentary process, rather than ministerial discretion. The South African Committee of Health Sciences Deans propose that “the person [board member] should not have a criminal record and should not have been convicted for fraud or corruption”.

Others suggested the inclusion of penalties to prevent abuse. The Hospital Association of South Africa felt the Bill should “articulate sanctions that can be taken against board members for not ensuring the sustainability of the fund or engaging in fraudulent and corrupt activities”. The SA Nursing Council proposed that the committee should be empowered to award a cost order to prevent abuse.

With regard to the Billʼs proposal regarding an anti-corruption unit for the NHI fund, the National Health Care Professionals Association and the Psychological Society of South Africa agreed “the fund cannot investigate itself and must be subject to external scrutiny”.

Greater civil society representation was sought. Cosatu called for “broader representation of key stakeholders on the fund, including organised labour”. The People’s Health Movement held that participation was a key element of the right to health and argued for incorporation of the participatory structures of the National Health Act.

Section 27, Concentric Alliance and the Khayelitsha and Klipfontein health forums argued for provision in the legislation for civil society representation in the NHI board, and other structures, to hold the government accountable.

The FW de Klerk Foundation suggested the Presidential Health Summit Compact recommendation on whistle-blowing be incorporated. This would ensure ease of reporting and consider political interference a corrupt activity.

The Public Service Accountability Monitor called for adherence to the Global Initiative for Fiscal Transparency’s principles of public participation, especially when considering access to information. It argued that “good governance and accountability are supported through increased levels of transparency, whereas corruption and maladministration thrive where access to information is restricted”.

The Black Business Council recommended National Treasury’s provision of transversal contracts as a procurement model, as it was “a very transparent process — everyone knew who the players were, and the pricing structures”. This “balanced the need to prioritise black-owned companies and mitigate the risk of abuse”.

The Western Cape government argued for the decentralisation of the strategic purchaser role to the provinces, saying this role was critical to achieving universal access to quality healthcare and the purchasing of services to meet people’s needs and expectations was best done regionally.

A high level of concern about corruption was expressed by respondents across all sectors, with many providing suggestions for its management.

The portfolio committee must consider whether the threats posed by corruption are of such a nature that the NHI would be unable to deliver on its stated objectives. It will need to decide what safeguards are sufficient when corruption in South Africa as a whole is not contained.

National Health Insurance is a unique and massive initiative, but the approach taken by the portfolio committee on corruption could be the difference between the NHI’s success and catastrophic failure.