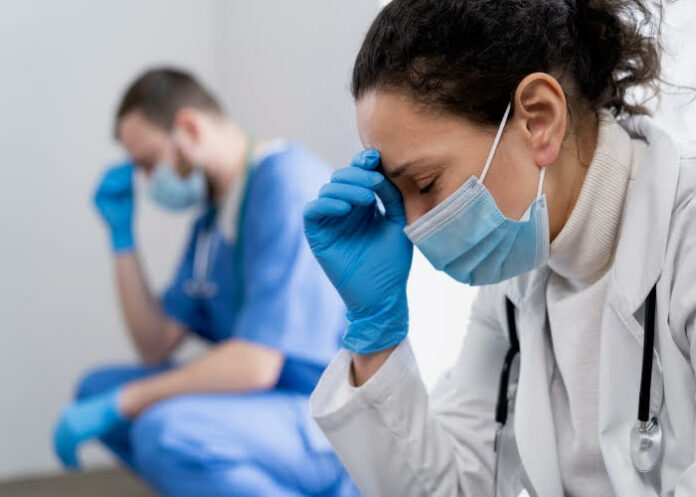 About half of all sleep-deprived hospital doctors and nurses have had accidents or experienced near misses while driving home after a night shift, and the risk to themselves and other motorists is the same as those posed by drunk drivers, delegates at a European medical conference were told last week.

As a result, health experts have called for doctors and nurses to be allowed to take 20-minute power naps during night shifts. This would make their journeys home safer and would also help to protect patients from mistakes they might make through tiredness when administering drugs or other treatments, reports The Guardian.

“When fatigue sets in, we in the medical and nursing team are less empathetic with patients and colleagues, vigilance becomes more variable, and logical reasoning is affected, making it hard for us to calculate, for example, the correct dose of drugs a patient might need,” consultant anaesthetist Nancy Redfern of Newcastle Hospital said.

“We find it hard to think flexibly, or to retain new information, which makes it difficult to manage quickly changing emergency situations. Our mood gets worse, so our teamwork suffers. Hence, everything that makes us and our patients safe is affected.”

Research has shown that fatigue induces spontaneous, uncontrollable sleep lapses, or micro-sleeps, that can be extremely dangerous for machine operators, power plant controllers and drivers. This problem begins to build up after two or more nights of restricted sleep, and it can take at least two nights to recover from this state.

It has also been found that workers who drive home after a 12-hour shift are twice as likely to have a crash as those working eight-hour shifts.

Measures had been taken to combat this problem in other industries where failure or malfunction could lead to loss of life, serious injury or serious environmental damage, Redfern said at the Euroanaesthesia Congress in Milan last week.

She said: “Fatigue played a key role in accidents like Chernobyl and the Exxon Valdez disaster. As a result of these spectacularly horrendous incidents, these industries had to make legal changes to prevent fatigue and further disasters.

“Meanwhile in the health service, we just go on quietly dying one at a time. There has been no push to bring things up to date. Doctors and nurses are still being asked to work long hours and into the early hours.”

Sleep studies have revealed that cognitive function is impaired after 16 to 18 hours’ continued wakefulness, limiting a medical worker’s ability to interact effectively with patients and colleagues. And if a doctor or nurse drives home after being awake for 20 hours or more in the night or in the early morning when sleep is needed most, the danger is equivalent to that of driving with blood alcohol levels above the legal limit.

Redfern said all doctors and nurses should be allowed to take 20-minute naps during night shifts, and recommended that no doctor or nurse be required to work more than three consecutive night shifts.

“Healthcare workers have the same physiology as employees in other safety-critical industries,” she said. “They require the same protection.”