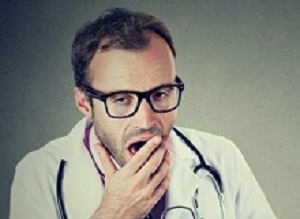 The UK National Health Service (NHS) is trialling sleep pods for doctors and nurses to grab power naps during their shifts, reports The Guardian. Pods have been installed or are being trialled by a dozen hospitals in England.

Royal Wolverhampton NHS Trust was the first to try them, in June 2018. “Too many staff end up exhausted because they have long, busy, sometimes stressful shifts, often with little chance to grab a break because pressure on the NHS is so intense,” said Professor Steve Field, the trust’s chair. It has also installed a recliner chair to give medics at the 850-bed New Cross site another option for some shuteye.

The report says trust research shows that the average stay is 17 to 24 minutes, enough for someone to recharge their batteries, but some have used one for as long as 79 minutes. Some staff spend time in a pod before they drive home after a nightshift.

Walsall Healthcare Trust found a similar pattern when it tried out two pods and a recliner chair last year. “The feedback was overwhelmingly positive.” said Catherine Griffiths, its director for people and culture.

The report says the Whittington Hospital in London has come up with a different remedy for sleep deprivation among its doctors: camp beds. It is buying 14 fold-down beds to save staff – especially those on nightshifts – from having to grab 40 winks on couches or on unused trollies in clinical areas.

Dr Mike Farquhar, a consultant in sleep medicine at the Evelina Children’s Hospital in London, who has persuaded NHS chiefs to take staff slumber more seriously, said in the report that hospitals were finally taking practical action. “Air traffic controllers are only allowed to work for two hours and then they must take a 30-minute break, because if they were tired and made a mistake, bad things could happen,” he said. “But in the NHS, where the pressure is often high and sustained, the problem is that the people delivering care will usually choose to prioritise everything else – especially patients – over themselves and sacrifice things like breaks and sleep.”