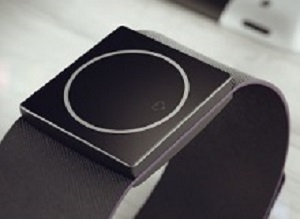 The Embrace seizure monitoring watch from Empatica, a company with offices in Cambridge, Massachusetts and Milan, Italy, has won clearance from the US Food and Drug Administraiton (FDA), says a Medgadget report. The device is worn like a watch, continuously monitoring not only the wrist movements, but also electro-dermal activity that signals stress, to detect signs of an oncoming or existing seizures.

An artificial intelligence-based learning system works in the background to spot grand mal and generalised tonic-clonic seizures. When seizure activity is detected, the device sends out signals via the patient’s smartphone to caregivers, notifying them of the situation.

The data related to the seizure is recorded in the app, letting patients and their physicians keep track of how the disease is doing and whether a medication or other therapy is working.

Some data that shows off the capability of the Embrace, according to Empatica: “In a multi-site clinical study, 135 patients diagnosed with epilepsy were admitted to top level IV epilepsy monitoring units for continuous monitoring with video-EEG, while simultaneously wearing an Empatica device. From these patients, 6,530 hours of data were recorded over 272 days, including 40 generalized tonic-clonic seizures. Embrace’s algorithm was shown to detect 100% of the seizures. The trial used the gold standard of comparing to seizures clinically labelled by at least 2 out of 3 independent epileptologists, who examined the video-EEG data without seeing any data used by Embrace.”