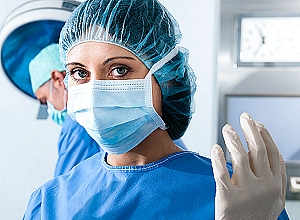 A US study in JAMA Surgery found that 48% of surveyed female surgeons experienced major pregnancy complications, with those who operated 12-or-more hours per week during the last trimester of pregnancy at a higher risk compared with those who did not.

While only one in five practicing surgeons in the US is female, women are entering the surgical field in increasing numbers. Women comprised 38% of surgical residents in 2018, but they nonetheless continue to face well-known challenges related to childbearing, with national surveys documenting pregnancy-related stigma, unmodified work schedules, brief maternity leave options, and little support for childcare and lactation needs after delivery.

With many female trainees choosing to delay pregnancy until after the age of 35, a risk factor for pregnancy complications, researchers from Brigham and Women's Hospital and elsewhere surveyed 1,175 surgeons and surgical trainees from across America to study their or their partner's pregnancy experiences. They found that 48% of surveyed female surgeons experienced major pregnancy complications, with those who operated 12-or-more hours per week during the last trimester of pregnancy at a higher risk compared with those who did not.

Their findings are published in JAMA Surgery.

"The way female surgeons are having children today makes them inherently a high-risk pregnancy group," said corresponding author Dr Erika L. Rangel of the Division of General and Gastrointestinal Surgery. "In addition to long working hours, giving birth after age 35 and multiple gestation, which is associated with increased use of assisted reproductive technologies, is a risk factor for having major pregnancy complications, including preterm birth and conditions related to placental dysfunction."

The researchers found that more than half (57%) of female surgeons worked more than 60 hours per week during pregnancy and more than a third (37%) took more than six overnight calls. Of the 42% of women who experienced a miscarriage, a rate twice that of the general population, three-quarters took no days off of work afterwards.

"As a woman reaches her third trimester, she should not be in the operating room for more than twelve hours a week," Rangel said. "That workload should be offset by colleagues in a fair way so that it does not add to the already-existing stigma that people face in asking for help, which is unfortunately not a part of our surgical culture."

The authors developed their survey with the input of surgeons, obstetricians, and gynaecologists, distributing it electronically to a variety of surgical societies and practices. Male and female surgeons were asked to respond, with non-childbearing surgeons answering questions regarding their partners' pregnancies. Overall, female surgeons had 1.7 greater odds than female non-surgeon partners of experiencing major pregnancy complications, along with greater odds of musculoskeletal disorders, non- elective Caesarean delivery, and postpartum depression, which was reported by 11% of female surgeons.

"The data we have accumulated are useful because they help institutions understand the need to invest in a top-down campaign to support pregnant surgeons and change the culture surrounding childbearing," Rangel said. "We need to start with policy changes at the level of residency programmes, to make it easier and more acceptable for women to have children when it's healthier, while also changing policies within surgical departments. It is a brief period of time that a woman is pregnant, but supporting them is an investment in a surgeon who will continue to practice for another 25 or 30 years."

Incidence of Infertility and Pregnancy Complications in US Female Surgeons

Question Are female surgeons at increased risk of infertility and pregnancy complications?

Findings In this national survey study of 850 US surgeons, female surgeons were more likely to delay pregnancy because of training, use assisted reproductive technology, and experience pregnancy complications compared with the female partners of their non-childbearing colleagues. Surgeons operating more than 12 hours per week during pregnancy also had increased risk of pregnancy complications.

Meaning Female surgeons may be at increased risk of infertility and pregnancy complications; changing surgical culture and enacting policies that support pregnancy may reduce risk of adverse obstetric outcomes.

Abstract
Importance While surgeons often delay pregnancy and childbearing because of training and establishing early careers, little is known about risks of infertility and pregnancy complications among female surgeons.

Objective To describe the incidence of infertility and pregnancy complications among female surgeons in the US and to identify workplace factors associated with increased risk compared with a socio-demographically similar non-surgeon population.

Design, setting, and participants This self-administered survey questionnaire was electronically distributed and collected from November 2020 to January 2021 through multiple surgical societies in the US and social media among male and female attending and resident surgeons with children. Non-childbearing surgeons were asked to answer questions regarding the pregnancies of their non-surgeon partners as applicable.

Results A total of 850 surgeons (692 women and 158 men) were included in this survey study. Female surgeons with female partners were excluded because of lack of clarity about who carried the pregnancy. Because the included non-childbearing population was therefore made up of male individuals with female partners, this group is referred to throughout the study as male surgeons. The median (IQR) age was 40 (36-45) years.

Conclusions and relevance This national survey study highlighted increased medical risks of infertility and pregnancy complications among female surgeons. With an increasing percentage of women representing the surgical workforce, changing surgical culture to support pregnancy is paramount to reducing the risk of major pregnancy complications, use of fertility interventions, or involuntary childlessness because of delayed attempts at childbearing.

Women in ob/gyn earn less money than men in US

Discrimination a reality for most female surgeons