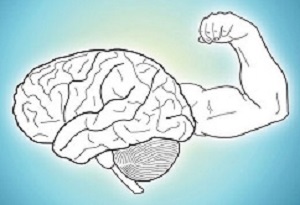 Ageing research specialists claim to have identified, for the first time, a form of mental exercise that can reduce the risk of dementia. The cognitive training, called speed of processing, showed benefits up to 10 years after study participants underwent the mental exercise programme, said Dr Frederick W Unverzagt, professor of psychiatry at Indiana University School of Medicine.

The proportion of participants who underwent the training and later developed dementia was significantly smaller than among those who received no cognitive training, the researchers said. There were measurable benefits even though the amount of training was small and spread out over time: 10 one-hour sessions over six weeks initially and up to eight booster sessions after that.

"We would consider this a relatively small dose of training, a low intensity intervention. The persistence – the durability of the effect was impressive," said Unverzagt.

The researchers, from IU, the University of South Florida, Pennsylvania State University and Moderna Therapeutics, examined healthy adults aged 65 years and older from multiple sites and who were randomly assigned to one of four treatment groups: participants who received instructions and practice in strategies to improve memory of life events and activities; participants who received instruction and practice in strategies to help with problem solving and related issues; participants who received computer-based speed of processing exercises – exercises designed to increase the amount and complexity of information they could process quickly; and a control group whose members did not participate in any cognitive training programme.

After attrition due to death and other factors, 1,220 participants completed the 10-year follow-up assessment. During that time, 260 participants developed dementia. The risk of developing dementia was 29% lower for participants in speed of processing training than for those who were in the control group, a statistically significant difference. Moreover, the benefits of the training were stronger for those who underwent booster training. While the memory and reasoning training also showed benefits for reducing dementia risk, the results were not statistically significant.

Unverzagt noted that the speed of processing training used computerised "adaptive training" software with touch screens. Participants were asked to identify objects in the centre of the screen, while also identifying the location of briefly appearing objects in the periphery. The software would adjust the speed and difficulty of the exercises based on how well participants performed.

In contrast the memory and reasoning programmes used more traditional instruction and practice techniques as might occur in a classroom setting.

Abstract
Introduction: Cognitive training improves cognitive performance and delays functional impairment, but its effects on dementia are not known. We examined whether three different types of cognitive training lowered the risk of dementia across 10 years of follow-up relative to control and if greater number of training sessions attended was associated with lower dementia risk.
Methods: The Advanced Cognitive Training in Vital Elderly (NCT00298558) study was a randomized controlled trial (N = 2802) among initially healthy older adults, which examined the efficacy of three cognitive training programs (memory, reasoning, or speed of processing) relative to a no-contact control condition. Up to 10 training sessions were delivered over 6 weeks with up to four sessions of booster training delivered at 11 months and a second set of up to four booster sessions at 35 months. Outcome assessments were taken immediately after intervention and at intervals over 10 years. Dementia was defined using a combination of interview- and performance-based methods.
Results: A total of 260 cases of dementia were identified during the follow-up. Speed training resulted in reduced risk of dementia (hazard ratio [HR] 0.71, 95% confidence interval [CI] 0.50–0.998, P = .049) compared to control, but memory and reasoning training did not (HR 0.79, 95% CI 0.57–1.11, P = .177 and HR 0.79, 95% CI 0.56–1.10, P = .163, respectively). Each additional speed training session was associated with a 10% lower hazard for dementia (unadjusted HR, 0.90; 95% CI, 0.85–0.95, P < .001).
Discussion: Initially, healthy older adults randomized to speed of processing cognitive training had a 29% reduction in their risk of dementia after 10 years of follow-up compared to the untreated control group.

But there are good reasons to be cautious about the results, reports The Guardian. The study wasn’t designed to examine dementia, and the scientists didn’t rely on a clinical diagnosis when they totted up who had the dementia at the end of the trial. Instead, the report says, they opted for a broader definition and allowed people to self-report that they had the disorder. “If you’re going to say you are preventing dementia, you want that defined to the nth degree,” said Peter Passmore, an Alzheimer’s researcher at Queen’s University in Belfast.

The scientists actually tested two other kinds of brain training too. These were designed to strengthen memory and mental reasoning respectively. A decade after training began, the scientists found that 22.7% of people in the speed training group had dementia, compared with 24.2% in both memory and reasoning groups. In a control group of people who had no training, the dementia rate was 28.8%.

But in studies like these, the report says scientists have to take into account whether an intervention might look good or bad simply by chance. The results for the memory and mental reasoning brain training failed this statistical test. More importantly, the effect linked to visual processing was at best at the very edge of statistical significance.

Scientific convention has it that if the chance of a result being a fluke is greater than 5%, it is not worth taking seriously. For visual speed training, the figure was 4.9%. “We’re lacking high quality evidence to show that brain training has any impact on the risk of dementia, and based on current studies we can’t recommend people take it up,” said Clare Walton, research manager at the Alzheimer’s Society. “What we do know is that keeping the body and brain active across life can go some way towards reducing the risk.”

The report says there are some risk factors for dementia that we cannot change, such as age, genetic makeup, gender and ethnicity. And it may be too late to do much about others. Spending more years in education as a child, for example, has a protective effect against dementia, but whether returning to education later in life helps is unclear.

Until effective treatments are found, the most promising way to reduce dementia risk is through lifestyle changes. Smokers are estimated to be 30-70% more likely than non-smokers to develop dementia, so quitting immediately is a good start. High blood pressure in midlife seems to raise the risk too, and better control of blood pressure may be one reason the rate of new cases of dementia in Britain has dropped in recent years.

Alzheimer’s researchers often say that what’s good for the heart is good for the brain. The report says the basis for the claim comes largely from research on exercise and diet. It shows that regular aerobic exercise can reduce dementia risk by 30-40%, while eating a healthy Mediterranean-style diet rich in fruit, vegetables and oily fish, and low in red meat and sugar, can potentially halve the risk of dementia.

Walton advises people to take up a hobby that hits a number of risk factors all at once. Joining dance classes or a table tennis club is a way to get exercise, to challenge the brain by learning new skills and to socialise, for example. “The best thing is to find activities that do all three,” she said.