For the planet, eating some meat better than going vegetarian 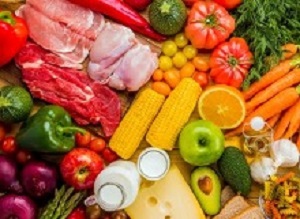 A diet that involved reducing animal food consumption by two-thirds – – generally had a lower climate and water footprint than the more traditional lacto-ovo vegetarian diet, found a modelling study from Johns Hopkins.

Achieving an adequate, healthy diet in most low- and middle-income countries will require a substantial increase in greenhouse gas emissions and water use due to food production, according to new research from the Johns Hopkins Centre for a Liveable Future based at the Johns Hopkins Bloomberg School of Public Health.

Obesity, undernutrition, and climate change are major global challenges that impact the world's population. While these problems may appear to be unrelated, they share food production and consumption as key underlying drivers. By recognising the role of food production in climate change, this study examines the challenges of simultaneously addressing hunger and the climate crisis at both the individual and country levels.

For their analysis, the researchers developed a model that assessed how alterations to dietary patterns across 140 countries would impact individual- and country-level greenhouse gas emissions and freshwater use. They used this model to assess the per capita and whole country climate and water footprints of nine plant-forward diets. The plant-forward diets examined ranged from no red meat, pescatarian, lacto-ovo vegetarian, and vegan, among others.

A key finding of the study showed that a diet in which the animal protein came predominantly from low food chain animals, such as small fish and mollusks, had nearly as low of an environmental impact as a vegan diet. Researchers also determined that a diet that involved reducing animal food consumption by two-thirds – termed by study authors as "two-thirds vegan" – generally had a lower climate and water footprint than the more traditional lacto-ovo vegetarian diet.

"Our research indicates there's no one-size-fits-all diet to address the climate and nutrition crises. Context is everything, and the food production policies for each country must reflect that," says senior author of the study, Dr Keeve Nachman, director of the food production and public health programme at the Johns Hopkins Centre for a Liveable Future and an assistant professor with the Bloomberg School's department of environmental health and engineering.

To counter these climate impacts and to address diet-related morbidity and mortality, the authors recommend, based on this report, that high-income countries accelerate adapting plant-forward diets. The authors emphasize that an examination of these diets and their environmental footprints allows for consideration of dietary recommendations or behavioural changes that would balance health and nutrition needs, cultural preferences, and planetary boundaries.

"Our data indicate that it is actually dairy product consumption that explains much of the differences in greenhouse gas footprints across diets. Yet, at the same time, nutritionists recognize the important role dairy products can have in stunting prevention, which is a component of the World Bank Human Capital Index," says study co-author, Dr Martin Bloem, director of the Johns Hopkins Centre for a Liveable Future and the Robert Lawrence professor of environmental health at the Bloomberg School. The World Bank's Human Capital Index calculates the contribution of health and education to the productivity of future generations of workers.

"The study findings highlight the difficulty in prescribing broad dietary recommendations to meet the needs of individual countries," says Bloem.

A food's country of origin can have enormous consequences for climate, according to the study. For example, one pound of beef produced in Paraguay contributes nearly 17 times more greenhouse gases than one pound of beef produced in Denmark. Often, this disparity is due to deforestation resulting from grazing land. "Where you get your food from matters," says Nachman. "Trade patterns have an important influence on countries' diet-related climate and fresh water impacts."

The methodology used in the study allows for new data-driven comparisons between countries and regions, and also takes into account the different contexts and conditions in these countries. The study integrates country-specific data such as current food availability and trade and import patterns with information about greenhouse gas and water use burdens that are associated with the production of specific food items by country of origin. It also takes into account the carbon emissions associated with land use changes for purposes of food production.

"It would be satisfying to have a silver bullet to address carbon footprints and the impact of food production; however, with problems as complex and global as nutrition, climate change, freshwater depletion, and economic development, that's not possible," says Bloem. "There will always be trade-offs. Environmental impact alone cannot be a guide for what people eat; countries need to consider the totality of the nutritional needs, access, and cultural preferences of their residents. The good news is this research can be a part of the solution, as it now gives policymakers a tool to develop nationally appropriate strategies, including dietary guidelines, that help meet multiple goals."

The study was funded by the Columbus Foundation.

Abstract
Undernutrition, obesity, climate change, and freshwater depletion share food and agricultural systems as an underlying driver. Efforts to more closely align dietary patterns with sustainability and health goals could be better informed with data covering the spectrum of countries characterized by over- and undernutrition. Here, we model the greenhouse gas (GHG) and water footprints of nine increasingly plant-forward diets, aligned with criteria for a healthy diet, specific to 140 countries. Results varied widely by country due to differences in: nutritional adjustments, baseline consumption patterns from which modeled diets were derived, import patterns, and the GHG- and water-intensities of foods by country of origin. Relative to exclusively plant-based (vegan) diets, diets comprised of plant foods with modest amounts of low-food chain animals (i.e., forage fish, bivalve mollusks, insects) had comparably small GHG and water footprints. In 95 percent of countries, diets that only included animal products for one meal per day were less GHG-intensive than lacto-ovo vegetarian diets (in which terrestrial and aquatic meats were eliminated entirely) in part due to the GHG-intensity of dairy foods. The relatively optimal choices among modeled diets otherwise varied across countries, in part due to contributions from deforestation (e.g., for feed production and grazing lands) and highly freshwater-intensive forms of aquaculture. Globally, modest plant-forward shifts (e.g., to low red meat diets) were offset by modeled increases in protein and caloric intake among undernourished populations, resulting in net increases in GHG and water footprints. These and other findings highlight the importance of trade, culture, and nutrition in diet footprint analyses. The country-specific results presented here could provide nutritionally-viable pathways for high-meat consuming countries as well as transitioning countries that might otherwise adopt the Western dietary pattern.