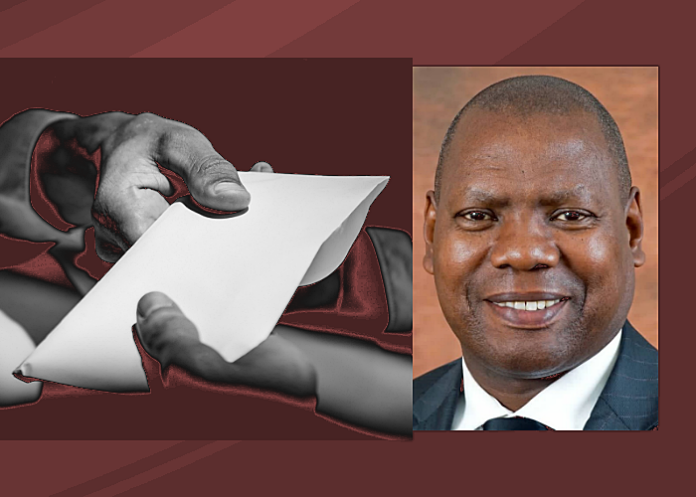 The controversial decision of Parliament’s Ethics Committee to clear former Health Minister Dr Zweli Mkhize of wrongdoing arising from the irregular Digital Vibes tender may be a short-lived victory, writes MedicalBrief. Mkhize’s bid to clear his name before the ANC’s December elective conference has been damaged by an order allowing the state to immediately recoup R150m from companies tied to his family.

And Professor Dirk Kotze, of Unisa, in an interview with SABC, said while the committee was dealing with grey areas open to interpretation, the law was “very clear on what constitutes criminal action”. “The report by the Ethics Committee is not the last say on this matter.”

The decision to let Mkhize off the hook on a technicality has been widely criticised, including by some within the ANC. The Joint Committee on Ethics and Members’ Interests, which finalised its case last week, found that the disgraced former Minister could not be held liable for his adult son, Dedani, allegedly benefiting from the Department of Health's controversial R150m illegal tender given to Digital Vibes.

The committee found that Mkhize had not breached the code, ostensibly because he hadn't breached a rule which defines immediate family member as “a member’s spouse, permanent companion or dependant” – and Mkhize’s son is an adult “not financially dependent on the member (Mkhize)”.

Nkosi conceded that the code was outdated despite it being adopted only in 2014. “The committee must hasten to highlight that it has established a subcommittee to review the code to ensure that it is responsive to current trends and challenges,” Nkosi is quoted as saying in the Sunday Times report.

The committee’s wide interpretation is unethical in itself, writes the Sunday Times in a separate editorial. It notes opposition MPs described the decision as “disgusting” and “disappointing” and it is hard to disagree with that. “But in the bigger picture, this is a meaningless win for Mkhize. The SIU aspects of the investigation against him were not included in the scope of the ethics committee.”

The Sunday Times says the SIU is continuing its efforts to recoup some of the money and has referred no fewer than 19 criminal matters related to Digital Vibes to the NPA, whose boss Shamila Batohi recently warned that key corruption cases would soon be prosecuted. “Hearings such as the one before the Ethics Committee should be seen for what they are: just another side show.”

Last week (Wednesday 13 April) the Special Tribunal granted an application by the Special Investigating Unit (SIU) to add five more legal entities linked to the list of those from whom it seeks to recover money in the Digital Vibes scandal. This includes Cedar Falls Properties, a company in which Mkhize’s wife, Dr May Mkhize, is the sole director.

Mail & Guardian reports that the other companies the SIU will now add as respondents in efforts to recover the proceeds of the contracts are All Out Trading (Pty), of which Mkhize’s son Dedani is the sole director, Sirela Trading, of which he is a co-director, and Tusokhule Farming, the company that owns his shares in the Cedar Falls farm. The unit will also seek to recover R650,000 from Sithokozile Mkhize, who is married to Dedani, for money received to shopfit her business, Tammy Taylor Nails Salon, in Pietermaritzburg. Sithokozile is the sole director of Azwakele Trading and Projects (Pty) Ltd (Azwakele). Azwakele was not joined in the review application.

The SIU described a web of payments from the department to Digital Vibes, and then eventually to the companies linked to the Mkhize family.

Mkhize’s political ambitions are also causing friction within the ANC. The Witness reports that his Willowfontein branch in Pietermaritzburg is preparing to officially launch a campaign to have him elected to a top position in the ANC. However, KwaZulu-Natal Premier, Sihle Zikalala — who is also the ANC provincial chairperson, accused Mkhize of creating divisions within the province by addressing “ANC factions”.

And a report in Die Burger notes an apparent anomaly in Mkhize’s latest declaration of interests, which was released this week with all of the declared interests of MPs. While the SIU proceedings include allegations that Digital Vibes paid for electrical work at Mkhize’s Bryanston house, Mkhize did not declare ownership of that house. He declared owning four properties in KZN. He did not declare any shares, directorships or sponsorship. His only declared gift was a Huawei cell phone from the Chinese embassy.