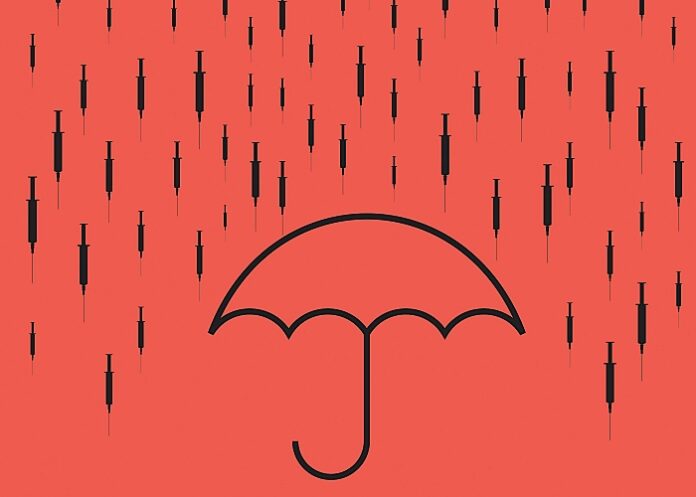 Across the world a new crackdown is gaining pace, write The Telegraph and The New York Times. It's not about mask wearing or universal restrictions but on the rights and freedoms of what, in the developed world at least, is a minority. The unvaccinated.

When asked if the new regulations effectively meant creating “two different classes of society”, New Zealand Prime Minister Jacinda Ardern responded: “That is what it is.”

As temperatures drop and coronavirus infections spike across Europe, some countries are introducing increasingly targeted restrictions against the unvaccinated, who are driving another wave of contagion and putting economic recoveries, public health and an eventual return to pre-pandemic freedoms at risk.

On Monday (15 November), Austria set a new bar for such measures in the West Facing a 134% increase in cases in the past two weeks, the Austrian government cracked down on its unvaccinated population over the age of 12, restricting their movement to travelling for work, school, buying groceries and medical care.

“Our task as the federal government is to protect the people of Austria,” Chancellor Alexander Schallenberg told a news conference on Sunday. “We are fulfilling this responsibility.”

Austriaʼs step fits a pattern of governments across Europe passing rules to make life harder for the unvaccinated, with the goal of motivating people to get a shot. Taken together, the measures are a bleak and clear sign that a virus that however fleetingly seemed a piece of European history, was still very much part of its present and future.

The unvaccinated are only now allowed to leave home for essential work or food shopping. The police will carry out spot checks in public spaces and substantial fines will be issued to those caught breaking the rules. Failure to co-operate and show your vaccine status will result in an immediate penalty of €1,450. There are seemingly no special rules in place for families where some members are vaccinated and other not.

The World Health Organization warned recently that Europe was once again the epicentre of the pandemic and that half a million people on the continent could die from COVID in the next few months. That is why governments all around Europe have been taking the extra step of explicitly singling out the unvaccinated, writes The New York Times.

The new rules in Austria amounted to “a massive reduction in contacts between the vaccinated and the unvaccinated,” Professor Eva Schernhammer of the Medical University of Vienna told the BBC.

At the softer end of the spectrum there are vaccine mandates for essential workers and special testing requirements for the unvaccinated at borders and airports. In the middle ground, more and more countries are requiring children to be jabbed or introducing vaccine passports. At the extreme, Singapore,  where 87% of the population is vaccinated, has withdrawn free healthcare for the unvaccinated, while Austria has confined some two million unvaccinated adults and children aged over 12 to their homes.

In Australia, the situation is also tough in New South Wales, where unvaccinated people over the age of 16 are now barred from visiting another person’s home other than in a very limited specific set of circumstances, including emergencies. The ban extends to sharing a car and recreational facilities, including many shops, swimming pools and libraries, including in the state’s capital, Sydney. Weddings or funerals of more than 11 people are off limits.

In New Zealand, politicians are coming down hard. In areas with high infection rates, the unjabbed face restrictions on the size of gatherings they can attend, as well as bans on visiting restaurants, bars, gyms and hairdressers. The Māori Party, which represents the country’s indigenous population, likened the policy to a “real-life Squid Game” – a reference to the bloodthirsty Netflix hit in which those in debt are killed off en masse.

The New York Times reports that  Germany, which has been besieged by a resurgent virus, the incoming government has said it will impose stricter rules against unvaccinated people, including mandating that they obtain a negative coronavirus test before travelling on buses or trains. In France, booster shots will become requisite for people 65 and older hoping to secure a health pass. And in Italy, vaccination, recent recovery from the virus, or frequent negative swabs are required to work.

Prime Minister Boris Johnson of Britain, which has suffered a rash of new cases in recent weeks, kept his resistance to mask mandates and health passes.

“Our friends on the continent have been forced to respond with various degrees of new restrictions, from full lockdowns, to lockdowns for the unvaccinated, to restrictions on business opening hours and restrictions on social gatherings,” he said, but he doubled down on vaccinations, saying boosters would be offered to those aged 40 and older, and second doses made available to those aged 16 and 17 who have so far been allowed one. He said he worried about “storm clouds that are gathering over the continent.”

This is especially the case in Eastern Europe, where the scars left by decades of misinformation under Communism seemed to have opened up and spread scepticism about medical expertise. Romania, which has Europeʼs second-lowest vaccination rate, recently reported the worldʼs highest per capita death rate from COVID-19. In Bulgaria, hospitals are inundated.

Last month, the small Baltic nation of Latvia, where resistance to vaccination is high, especially among the ethnic Russian population, responded to its outbreak with a full lockdown. Russia and Ukraine, which each has vaccination rates below 50%, also introduced widespread restrictions.

In Germany, which has suffered a dizzying increase in cases, in part because of a slow rollout of booster vaccines, officials had hoped that charging people for swab tests would motivate them to get vaccinated. But they will once again try to keep closer tabs on the virus by making free coronavirus tests available to all adults in the country. The government has suggested that those tests could be required to enter events and certain venues, even for the vaccinated.

Over the weekend, the three parties joining to form Germanyʼs next governing coalition agreed to impose stricter rules against unvaccinated people, including mandating that they obtain a negative coronavirus test before travelling on buses or trains, as infection rates reach new highs.

Some German states are introducing stricter mask mandates and requiring vaccination instead of negative tests for entry into venues.

Infections have also broken out in northern Italy, on the Austrian and Slovenian borders. Italy, with a vaccination rate more than 80% for people over 12, already has among the toughest restrictions in Europe through a health pass that requires vaccination or constant swabs for employees to work.

Recently, the Italian government announced that taxis can only carry two people, unless they are family members, and has given permission for the health authorities or the railway police to stop trains if passengers had symptoms that could be associated with the coronavirus.

“I am worried about an increase in infections ahead of Christmas,” Luigi Di Maio, Italyʼs foreign minister, said at a conference on Sunday, adding that the stringency of the health pass was designed to keep businesses open, and that the country would do everything necessary to stay open.

“Look at the other European states,” Di Maio added, “which have a lower vaccination level than us: they are inserting a series of measures that are much more restrictive than ours.”

This month Greece introduced rules requiring unvaccinated people to present a negative rapid or PCR test to gain access to public services, banks, shops and hair salons. They needed to do the same to enter cafes and restaurants, prompting a 24-hour strike to protest the new measures. The Greek authorities have said they are also considering further measures against the unvaccinated.

France has announced that masks will be required again in primary schools and that it would tighten restrictions in the face of rising cases, with the number of daily new infections now more than doubled from early October, from about 4,000 to more than 8,000.

From 15 December, people over 65 will need a booster to keep eligibility for the health pass that allows them into restaurants, museums and long-distance trains.

Countries that had succeeded in vaccinating large percentages of their populations have, instead, relaxed restrictions. Portugal, which has vaccinated nearly 90% of its population, on 1 October reduced its health pass requirement and lifted nearly all of its coronavirus restrictions. Spain, which has hit an 80% vaccination rate, does not require a health pass.

But the trend seems very much to be toward tightening as winter approaches and the virus spreads. Even Spainʼs northern Basque region was expected, this Tuesday (16 November) to announce restrictions on gatherings in towns with high infection rates. And Austriaʼs chancellor made it clear that Europeʼs only way out of the pandemic, and lockdowns, was vaccination.

“My aim is very clearly to get the unvaccinated to get themselves vaccinated, and not to lock down the vaccinated,” Schallenberg told Austriaʼs Ö1 radio, according to The Associated Press. “In the long term, the way out of this vicious circle we are in — and it is a vicious circle, we are stumbling from wave to lockdown, and that canʼt carry on ad infinitum — is only vaccination.”