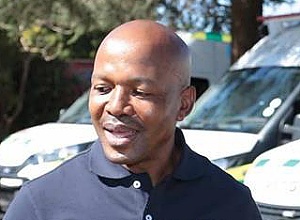 Gauteng's acting CEO of Emergency Medical Services (EMS) has died suddenly, according to the provincial government, reports The Times. Kgati Malebana, 46, was part of the provincial COVID-19 response team. His death came as a shock and was unexpected, according to department spokesperson Kwara Kekana.

The report says the Malebana was in charge of the co-ordination of self-isolation and quarantine sites. Details were not provided.

Acting Gauteng health MEC Jacob Mamabolo described Malebana as a valued member of the health team whose untimely passing came at a time when the province was laying out plans to mitigate against the second wave of the coronavirus.

Malebana held many senior positions both in private and public service. These included being part of the 2010 project office that put in place plans and operational activities for the Confederations Cup and the 2010 Fifa World Cup, according to the department.

He also served on the Health Professional Council of SA in various capacities, including deputy chair of the board.

The Roodepoort Record writes that Acting EMS Head of Department, Lesiba Malotana, referred to Malabena as highly skilled and passionate, with a strong work ethic and a passion for his job.

Ward 70 councillor, Caleb Finn said that senior civil servants of Malebana’s standard are few and far between. “We were blessed to have him. I pray and trust that those who are left behind will carry on the good work that he started.”

Malaben is survived by his wife and three children.