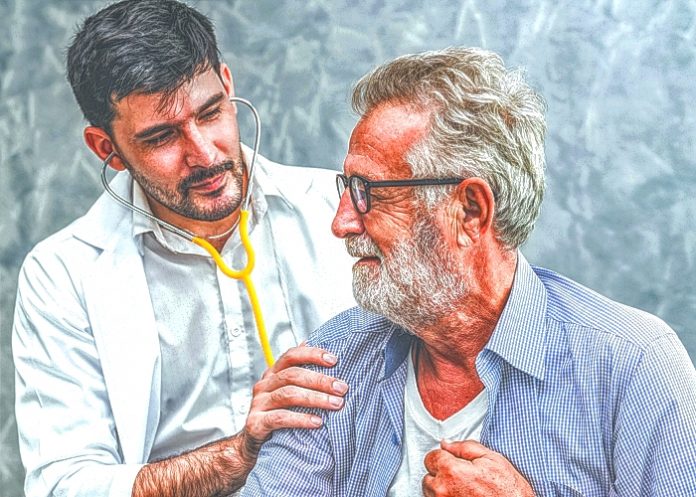 Unlike other NHS health care workers during the pandemic, many British GPs have become invisible to their patients, avoiding face-to-face consultations at any cost, writes Financial Times columnist Camilla Cavendish.

In an article in the Daily Mail, Cavendish writes:

When Brian Mottram died from COVID-19 pneumonitis last November, he had been prescribed antibiotics by a GP over the phone. In Tameside, where Mottram lived, the GP clinics had a policy of predominantly using telephone consultations rather than face-to-face or video appointments. As a result, no one realised what was wrong with him until he died.

A senior coroner has said that remote GP appointments may have been a factor in Mottram's death and that of four others in Greater Manchester.

Paramedics, pharmacists, ambulance drivers and care workers have dealt with people face to face throughout the pandemic. Nurses and hospital doctors have worked tirelessly on the wards. Yet many patients feel their GPs have become invisible. Despite the heroic efforts of some GPs, the service that ought to be the backbone of the NHS is crumbling.

Before the pandemic, around eight in 10 patients saw their GP face to face.

Now it's fewer than six in 10, with big variations around the country. But even these figures mask the fact that many people I know have not been able to get a GP appointment of any kind.

Earlier this year, a friend of mine noticed something worrying on her shoulder. A mole she'd had for years had started bleeding. Not only did it look awful: Google made it clear it could be cancerous. “See your GP if you notice a change in a mole,” urges the NHS website. But that turned out to be impossible.

After dialling and re-dialling her GP for days, she finally got through to a brusque receptionist who asked: “Why are you bothering us with this?” An astonishing comment. No, she couldn't have an appointment this week. Or next week. Or it seemed, ever. Her anxiety mounting, she managed to get them to agree that she could send in a photo. The GP would look at it and call her, she was told. She never heard back. “I've given up,” she says now. “It hasn't got any worse, so I'm just hoping for the best.”

I hope the GP did look at the photograph, and decided that it wasn't a problem. Remote consultation is convenient for doctors, and should in theory be more efficient. It also works well for patients with busy lives and relatively straightforward conditions.

Private services like Babylon Health have taken off in recent years because they let busy urban professionals get medical advice on video when they want it.

But with more complex conditions, talking to someone online is no substitute for examining them. One GP friend of mine is certain she saved a child's life from meningitis a few years ago, when she spotted a tiny rash behind the ear. It was a pinprick she thinks she would never have seen on video.

Others tell me that listening to a heartbeat, testing reflexes, poking the abdomen, can provide clues that nothing else can: if a doctor is examining someone he’s seen over many years, he will notice if someone has lost weight, or is looking different.

As Professor Martin Marshall of the Royal College of GPs says: “The biggest challenge is when patients have complex health needs. Being in the same room as a patient, often with whom you have built up a relationship over time, is incredibly useful and difficult to replicate remotely.” GPs are also trained to pick up non-verbal cues: a child's silent distress or a woman's attempt to hide her bruises. We patients may struggle to say what's bothering us.

“Sometimes it's only in the last 30 seconds, when the patient is putting their jacket back on, that they'll say what they really came for,” another GP tells me.

So when senior NHS executives started telling me excitedly last year that technology was going to revolutionise GP consultations, I felt worried. I could see manifest benefits for hard-pressed doctors in being able to switch to Zoom. But equally it seemed vital to me that patients who wanted to see their GP could still do so.

I also wondered just how much more efficient the new system would be. Many surgeries are forcing patients to have a phone consultation first, before the doctor will decide whether to see them in person. But that can end up meaning two appointments for the same issue.

For years, getting an appointment has increasingly felt like breaking into Fort Knox.
If we reach the waiting room, we are assailed by signs warning us not to bring more than one ailment to each consultation. The doctor barely glances at us, so fixated are they on typing on their screen, and we rarely see the same doctor twice.

Continuity of care – having a GP who has known you and your kids for years, and who may therefore have deeper insights – is a thing of the past. When one of my favourite GPs took early retirement five years ago, it was because he was so frustrated by this lack of continuity, coupled with bureaucracy that meant he spent hours form-filling.

The result is a tragedy: a service that feels more and more like a job, not a vocation. The trouble started back in 2004, when the government let GPs abandon out-of-hours care with no loss of salary. The days of GPs like my father-in-law, who would go to see patients at night and weekends, were over. From then on, we discovered that if we got ill at night or at a weekend, we were no longer the GP's responsibility.

Remote consultation is accentuating the feeling some patients now have that their doctors see them as an irritant to be avoided. This is unfair to those GPs who are working incredibly hard, but it is undermining the doctor-patient relationship. At the start of the pandemic, patients were told to stay away from surgeries.

Eighteen months later, this is in danger of becoming a new normal, not least because GPs themselves seem to be so nervous about getting ill. A survey of 1,000 GPs in Pulse magazine has found 61% saying they are “concerned” about their own health.
Almost every GP I meet is unhappy and stressed. Almost every patient is anxious and furious. NHS England should urgently hire more GPs, relieve them of paperwork and support them with better administrators. But we also need to properly restore face-to-face consultations. Otherwise we will see more anguish, more anxiety, and more deaths that might have been avoided.

Daily Mail article – CAMILLA CAVENDISH: Backbone of the NHS… so why DO so many GPs avoid patients? (Open access)

As 36% of British doctors eye retirement, patients complain about telemedicine

COVID opened the telemedicine door. Now to embed it

GPs seeing twice as many patients as safe-limit — UK survey

The high price medical whistle-blowers have to pay