Pandemic confounded expectations of preparedness and resilience in Africa 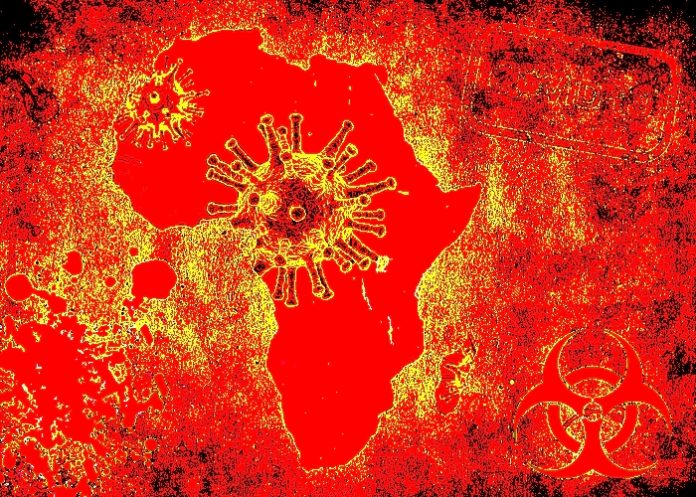 African countries assessed as being least vulnerable to an epidemic, like South Africa, were the worst affected by COVID-19, found a large international analysis in Nature Medicine.

Nations with more urban populations and strong international travel links being the worst affected by the pandemic.

Mortality rates and levels of restrictions, such as lockdowns and travel bans, were found to be lowest in countries previously thought to be at greatest risk from COVID-19, according to a study published in the journal Nature Medicine.

A team of researchers from the NIHR Global Health Research Unit Tackling Infections to Benefit Africa (TIBA) from the University of Edinburgh worked with the World Health Organization (WHO) African Region to identify factors affecting mortality rates during Africa's first two COVID-19 waves and the timing of the first reported cases.

Professor Mark Woolhouse, TIBA director, who co-led the study, said: “Results show very clearly that multiple factors influence the extent to which African countries are affected by COVID-19. These findings challenge our understanding of vulnerability to pandemics.

“Our results show that we should not equate high levels of preparedness and resilience with low vulnerability. That seemingly well-prepared, resilient countries have fared worst during the pandemic is not only true in Africa; the result is consistent with a global trend that more developed countries have often been particularly hard hit by COVID-19.”

"The early models that predicted how COVID-19 would lead to a massive number of cases in Africa were largely the work of institutions not from our continent. This collaboration between researchers in Africa and Europe underlines the importance of anchoring analysis on Africa's epidemics firmly here," said Dr Matshidiso Moeti, WHO regional director for Africa and co-author. “We can no longer focus our understanding of disease transmission purely on the characteristics of a virus — COVID-19 operates within a social context, which has a major impact on its spread."

As well as those with large urban populations and strong international travel links, countries with high rates of HIV were also more likely to have higher mortality rates. This may be because people with HIV often have other health conditions that put them at greater risk from COVID-19, the team suggests.

The weak link between mortality rate and the timing or severity of government-imposed restrictions on day-to-day activities shows the impact of the wide range of application and enforcement of these restrictions across the region, making a consistent impact pattern difficult to discern. Restrictions during peaks of infection are well documented to have interrupted transmission in the region.

The findings show that the earliest recorded cases of COVID were in counties where most people live in urban areas, with strong international travel links and greater testing capacity. Algeria was the first of 47 African countries to report a case, on 25 February 2020. Most countries had recorded cases by late March 2020, with Lesotho the last to report one, on 14 May 2020.

Dr Sarah Puddicombe, NIHR's assistant director for Global Health Research, said: "This study offers compelling results that challenge accepted views of epidemic preparedness and resilience in Africa. It is one of a series of important contributions that the TIBA partnership, working with governments and the WHO regional office, has made to inform local, national and pan-African responses to the COVID-19 pandemic."

The study was supported by the UK National Institute for Health Research and the Darwin Trust of Edinburgh. It also involved researchers from the Universities of Nairobi, Ghana and Hong Kong.

Countries of the World Health Organization (WHO) African Region have experienced a wide range of coronavirus disease 2019 (COVID-19) epidemics. This study aimed to identify predictors of the timing of the first COVID-19 case and the per capita mortality in WHO African Region countries during the first and second pandemic waves and to test for associations with the preparedness of health systems and government pandemic responses.

Countries rated as better prepared and having more resilient health systems were worst affected by the disease, the imposition of restrictions or both, making any benefit of more stringent countermeasures difficult to detect. Predictors for the second wave were similar to the first. Second wave per capita mortality could be predicted from that of the first wave.

The COVID-19 pandemic highlights unanticipated vulnerabilities to infectious disease in Africa that should be taken into account in future pandemic preparedness planning.

Facebook
Twitter
WhatsApp
Linkedin
Email
Previous articleSnorkel masks a viable alternative to traditional PPE — Tuks/UCT study
Next articleFDA approvals of e-cigarettes must be based on evidence, not politics