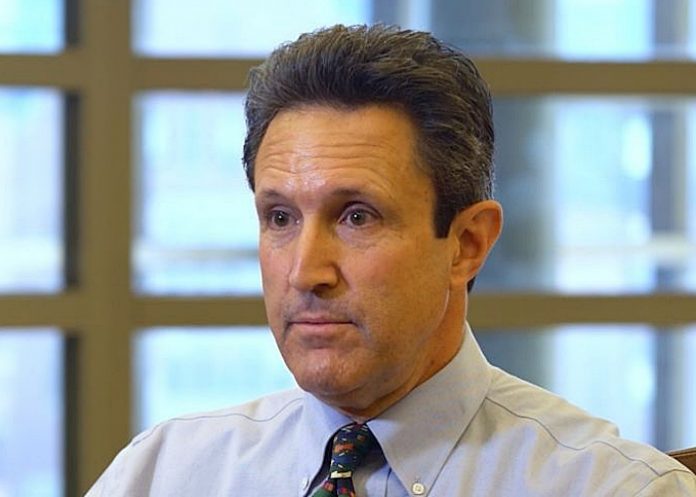 The rampant politicisation of e-cigarettes, and the role of the United States Food and Drug Administration in making evidence-based policy decisions, will affect the health of millions of people, writes University of Michigan Professor Clifford E Douglas, in MedPage Today. It is inappropriate to interfere with the agency's mandated scientific mission – yet that is exactly what tobacco control organisations and politicians are doing.

Last month, as reported by MedicalBrief, 15 past presidents of the venerable Society for Research on Nicotine and Tobacco (SRNT), the top tobacco research society in the world, co-authored a courageous, ground-breaking article that argues that the media, legislators and the general public have developed a negative view of e-cigarettes (vaping products).

This is because of the heavy emphasis public health organisations have placed on protecting youth from vaping while ignoring the potentially substantial benefits of e-cigarettes in helping tens of millions of addicted adults quit smoking.

The authors lay out thoughtful policy recommendations on how to balance concerns about the risks with the potential benefits.

The statement from these scientific and medical leaders comes at an inflection point in the decades-long effort to defeat the epidemic of smoking-related illness and death, writes Douglass in MedPage Today.

The US Food and Drug Administration (FDA) is under enormous pressure to make decisions on which e-cigarettes can benefit adults who smoke, while minimising the risk to those who do not use tobacco, especially youth.

The agency is tasked by the US Congress with undertaking careful review of new tobacco products to assess whether each application has "provided sufficient product-specific scientific evidence to demonstrate enough of a benefit to adult smokers to overcome the risk posed to youth”. This is a challenging standard for applicants to prove scientifically and for the agency to assess.

As part of its premarket tobacco product application (PMTA) process, FDA received more than 6.5 million applications and was expected to render key decisions on 9 September 2021 on which products would be authorised for sale in the US.

The agency has made progress, having acted on a "substantial majority" (around 93%) of the e-cigarettes that were under review by ordering millions of individual products removed from the market.

So far, FDA has declined to authorise for sale any e-cigarette, and they have missed the review deadline for several of the most popular brands, including JUUL, Vuse, and NJOY. They're continuing to assess applications on a rolling basis.

The stakes are enormous, continues Douglas in MedPage Today.

Careful review of the scientific merits of these applications, along with thoughtful post-marketing surveillance requirements and restrictions on the advertising and marketing of e-cigarettes, is vital to preserve the public health benefits while limiting potential harm.

As part of this process, FDA can and should impose restrictions on where these products can be sold, require strict age-verification, and impose limits on the amount of product one person can buy to reduce the likelihood of e-cigarettes winding up in the hands of youth.

This complex process takes time, and all stakeholders should prioritise the need to protect the scientific integrity of FDA's assessments rather than politicise the process or pressure the agency to reach predetermined conclusions regarding any products still under review.

According to MedPage Today, cigarette smoking remains the leading preventable cause of death in US society. Every one of the 480,000 tobacco-related fatalities suffered annually in the US results from direct smoking and, to a lesser but significant degree, exposure to second-hand cigarette smoke.

That figure does not include the use of any other tobacco product, including e-cigarettes, which pose some risk but are much less harmful than continued smoking.

When combusted (burned), tobacco produces smoke that contains 7,000 chemicals, including more than 60 known human carcinogens, an unmatched toxic and cancer-causing mixture. No other tobacco or nicotine product, e-cigarettes included, compares.

While long-term data are not yet available, leading health authorities in the US and United Kingdom have determined that vaping is substantially less dangerous than cigarette smoking.

But many adults, including a majority of those who smoke, believe that vaping is as dangerous as, or even more dangerous than, cigarette smoking. This misunderstanding reflects, in part, the media's skewed coverage of the issue in recent years.

A study last year found that 70% of US news coverage on vaping mentioned the risks of vaping risks to youth, while only 37% noted the potential benefits for adult smokers, writes Douglass in MedPage Today.

For its part, FDA set forth an inspired comprehensive plan in 2017 premised on the concept of a "continuum of risk" for all nicotine-containing products, ranging from conventional, combusted cigarettes (by far the most harmful product) on one end to nicotine-replacement therapies (which FDA classifies as ‘safe’) on the other.

As part of the plan, the agency proposed the reduction of nicotine in cigarettes to levels incapable of creating or sustaining addiction, while ensuring the availability of reduced-risk nicotine products acceptable to consumers who are unable or otherwise unwilling to quit using nicotine entirely.

FDA has estimated that implementing this comprehensive plan would avert eight million premature deaths and recover more than 100 million life-years in this century, which would be a monumental public health achievement.

According to Douglass in MedPage Today, this vision has been placed on hold, hopefully only temporarily, as various factions grapple with the place of nicotine in our society while FDA addresses the delicate public health calculus that pits the well-being of adults who smoke against that of non-smokers, predominantly youth.

It is also important for the public – including clinicians – to be aware of the rapidly growing evidence that vaping can be effective in quitting smoking. Indeed, the Centres for Disease Control (CDC) reports that more adult smokers use, and have success using, e-cigarettes than other products in their attempts to quit smoking.

And vaping is likely more effective for smoking cessation than FDA-approved nicotine replacement medicines, such as gum and patches, according to multiple credible sources, including the respected Cochrane Review.

But the widespread misunderstanding among clinicians and the public seriously impedes progress. The role of nicotine in addiction, disease formation and harm reduction are poorly understood, pointing to the need for better education to clinicians, the public and policy-makers.

With at least 34 million adults smoking cigarettes and millions now using e-cigarettes and other nicotine-containing products in efforts to reduce health risks and quit smoking, the ramifications for clinical and public health outcomes could not be more significant and immediate.

An additional and quite profound concern is the rampant politicisation of the current debate and, specifically, the role of FDA in making evidence-based policy decisions that will affect the health of millions of Americans.

It is inappropriate for anyone to interfere with the agency's expert, congressionally mandated, scientific mission.

And yet, leading tobacco control organisations and members of Congress have applied inordinate pressure on FDA to make predetermined decisions to outright ban many, if not all, e-cigarettes, apparently disregarding the agency's scientific expertise and the impact that such decisions, pro or con, will have on the lives of tens of millions of adults currently addicted to cigarettes.

FDA's scientific review process must be protected. Unfortunately, unless the warring factions find ways to join hands in support of the health and well-being of everyone, youth and adults alike, the heat and rhetoric around these questions may only increase, and so will the cost to the health of our nation.

Disclosures: Douglas is a co-principal investigator for research conducted through the Center for the Assessment of Tobacco Regulations, which is funded by NIH/FDA. He is also a paid advisor to the Smoking Cessation Leadership Center at the University of California San Francisco relating to behavioural health and tobacco use.

The opinions expressed are the author's and do not necessarily reflect the views of any organisation with which he is affiliated.

“Considerable evidence” suggests that e-cigarettes are an effective smoking-cessation tool for adults, according to a paper in the American Journal of Public Health, by 15 past presidents of the Society for Research on Nicotine and Tobacco (SRNT), which for decades has been at the forefront of advancing anti-tobacco policies.

The scientists call for rehabilitation of vaping’s public image and stress its ability to save the lives of cigarette smokers.

This story via MedicalBrief was published on 2 September 2021.

The group called for balance in the face of negative media coverage and politics that focus on the potential risks of vaping for teens – the most explicit call by scholars to date, writes the University of Michigan. SRNT  is the world’s largest professional organisation dedicated to studying tobacco, nicotine, and their effects on public health.

Kenneth Warner, dean emeritus and the Avedis Donabedian Distinguished University Professor Emeritus at the University of Michigan’s School of Public Health, says that the potential of vaping to increase smoking cessation has been largely overshadowed by media coverage and policies that focus on the potential risk vaping represents for teens, writes the university’s Michigan News.

Warner and 14 other co-authors who are past presidents of the SRNT argue that the media, legislators and the general public have developed a negative view of e-cigarettes because of the heavy emphasis public health organisations have placed on protecting kids from vaping while ignoring the potentially substantial benefits of e-cigarettes in helping adults quit smoking.

See the link below for the full story on the MedicalBrief site.