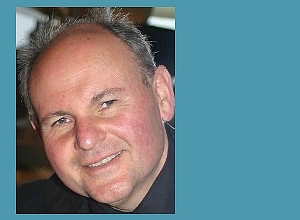 Rather curiously, given that South Africa has its own fully qualified doctors and nurses needing placement, almost R100m has been spent to import Cuban health workers, writes labour lawyer and MP, Michael Bagraim. Contrary to the law, the government has steadfastly refused to provide to Parliament details of why they are necessary or what they earn.

It has become more and more difficult in South Africa today to obtain work permits for foreign nationals. It becomes especially impossible if there are local workers who are suitably qualified to fulfil the posts.

The Basic Conditions of Employment Act (BCEA) is absolutely clear in that the Act applies to all employees in South Africa except the state security agency and unpaid volunteers.

These (Cuban) health workers were definitely paid and were not members of the state security agency. It would also be interesting to hear from government as to how these work permits were obtained and whether they went through a similar “laborious process” that the Guptas went through when they had to obtain work permits in South Africa. Likewise, the BCEA demands that every single employee, whether they are foreign nationals or not, must have employment contracts in writing, including a full outline of certain provisions. It must also be mentioned that the BCEA is not affected by other agreements and in fact it states, “this Act or anything done under it takes precedence over any agreement, whether entered into before or after the commencement of this Act”.

It appears that the ANC government has spent more than R1.4bn over the past decade on its agreements with the Cuban government to employ Cuban workers and service providers in South Africa.

Hopefully the Mazzone submission to the Public Access to Information Act will get more details and inform the public as to why the health department (and other departments) needed to bring in these extremely expensive health workers when our own fully qualified doctors and nurses need placement.

Notoriously, our health system is bleeding professionals. Nurses are able to command better salaries and better terms of conditions of employment abroad. Likewise, I hear anecdotal stories on a monthly basis of qualified health practitioners seeking and obtaining employment in other jurisdictions. Our training facilities can’t seem to keep up with the need for health practitioners and on the opposite side of the coin, the state doesn’t seem to have enough funding within the health department to pay for the posts that are vacant. All of this leaves an enormous frustrating picture.

I regularly get queries from health practitioners who need to start their community service but can’t get a posting. However, many of the state medical facilities are overworking the health practitioners because they can’t afford to employ their full requirements. All of this specifically makes the story of the enormous payments to the Cuban authorities for health practitioners a complete disaster.

Unlike the Cubans, the supernumerary registrars battle COVID-19 unpaid